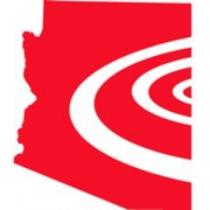 Despite it being one of the largest sectors of Arizona’s economy, the amount of money the state spends on promoting its travel and tourism industry will remain unchanged in the latest budget.

Tourism brings in nearly $21 billion a year in direct spending to the state. Yet in the coming fiscal year, the figure to promote it will stay at about $7 million.

Kimber Lanning of Local First Arizona would like to see that amount increased, especially to promote one of the state’s growing attractions-- wineries.

“The potential for what we have here in terms of driving tourism to our wineries," is great, says Lanning. "There are people from around the world telling us that we are where Napa was 30-to-40 years ago. To me, that’s wise investment.”

That also means promoting the state to its own residents. According to Lanning, Arizonans spend more than $6 billion annually on travel to California.

She says one of the goals of her organization is to redirect at least 10 percent of that money back into our state and keep Arizonans traveling local.