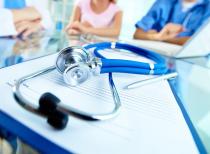 A new survey is out ranking the performance of the American healthcare system across major U.S. cities. Turns out, Phoenix ranks...not so well.

Phoenix comes in 180th out of 306 communities across the country, ranked by The Commonwealth Fund in their newly released Scorecard on Local Health System Performance.  That’s middle of the pack overall.

Among the four dimensions used to rank the cities, Phoenix came in last when it comes to Access (at 264) and in the fourth quintile for Prevention.

The good news? The Valley is 74th in saving residents money— called Avoidable Hospital Use and Cost— and in the second quintile in Healthy Living.