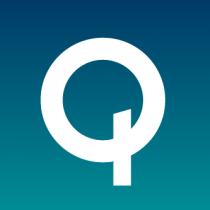 (Photo courtesy of Qualcomm)
Qualcomm is a telecommunications equipment company with headquarters in San Diego, California.

Tech giant Qualcomm announced this week it will pay $19.5 million to settle a gender discrimination class-action lawsuit. The suit alleged women were denied equal pay and job opportunities compared to their male counterparts.

Including its headquarters in San Diego, Qualcomm has 194 locations worldwide. Two of them are in Arizona— in Chandler and Tempe.

Qualcomm responded to KJZZ’s inquiry with the following statement:

Qualcomm is committed to treating its employees fairly and equitably. While we have strong defenses to the claims, we elected to focus on continuing to make meaningful enhancements to our internal programs and processes that drive equity and a diverse and inclusive workforce which are values that we share and embrace. The settlement is still subject to court approval so we cannot comment further.

No specific comment was made about which locations have employees involved in the lawsuit.