Tejano Star Brings His Squeezebox To The Valley 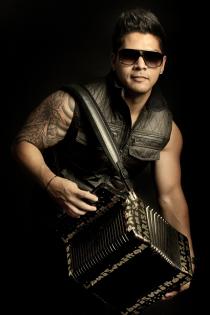 (Photo Courtesy of AJ Castillo)
Tejano star AJ Castillo makes plays his own twist on the accordion. He'll be in the Valley Friday and Saturday.

AJ Castillo has this saying, if you want to play in Texas, you’ve got to have a “squeezebox.” And by that, he means accordion.

It’s usually a background thing in his genre, but this Austin-raised Tejano star brings it right to the forefront, playing as he sings. That’s not all that sets him apart from others in his genre, he explained.

Melissa Santa Cruz can hear it happen. She’s the program director and a DJ at Tejano 1600, a radio station in Tucson. Santa Cruz grew up on this type of music and watched it flourish in the 1990s, all before it went through a lull more recently.

Santa Cruz thinks young artists, like 27-year-old Castillo, are making a difference in the Tejano universe.

“I think that maybe they’re just bringing like a new rebirth to it,” she said. “Like, hey, you know, it’s still going on! It’s still here!”

And Tejano is definitely not just a Texas thing. Castillo said there’s something special about his fans outside the state, Arizona in particular.

Castillo and his squeezebox will play Wild Horse Pass in Chandler on Friday night. He’ll be at Vee Quiva in Laveen on Saturday.