Gay Arizonans Married Out Of State May Get New Employment Benefits 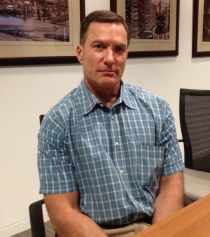 A new rule proposed by the Department of Labor could extend some employment benefits to gay Arizonans who get legally married in another state.

Last year, the United States Supreme Court struck down the federal law that defined marriage as a union between a man and a woman, and federal agencies have been evaluating what that means for gay and lesbian married couples.

The Department of Labor has proposed extending benefits to those couples under the Family and Medical Leave Act which guarantees certain employees the right to take time off when they have a new child or need to care for a spouse with a serious medical condition.

Employment attorney John Balitis said gay and lesbian employees would become eligible based on whether they were married in a state that allows gay unions.

"If a same-sex couple married in a state that recognizes same-sex marriage moves to a state that does not recognize that type of marriage, they still derive their leave rights under the FMLA," Balitis said.

The Department of Labor is taking public comments on the new rule until August 11.