Arizona Scientists Study Dog Minds To Better Understand Our Own

Humans have long fixated on which mental traits distinguish us from other animals. Now, University of Arizona researchers are asking what our canine companions can tell us about ourselves.

Over the past few decades, research has revealed that our fellow animals possess a surprising array of cognitive gifts, many of which narrow the distinction between "us" and "them."

One subject of great interest: How different animals stack up in terms of intelligence. But that's the wrong question to ask, said Evan MacLean, director of the Arizona Canine Cognition Center.

"We don't think about intelligence as being something that we can put a single number on and quantify," he said. 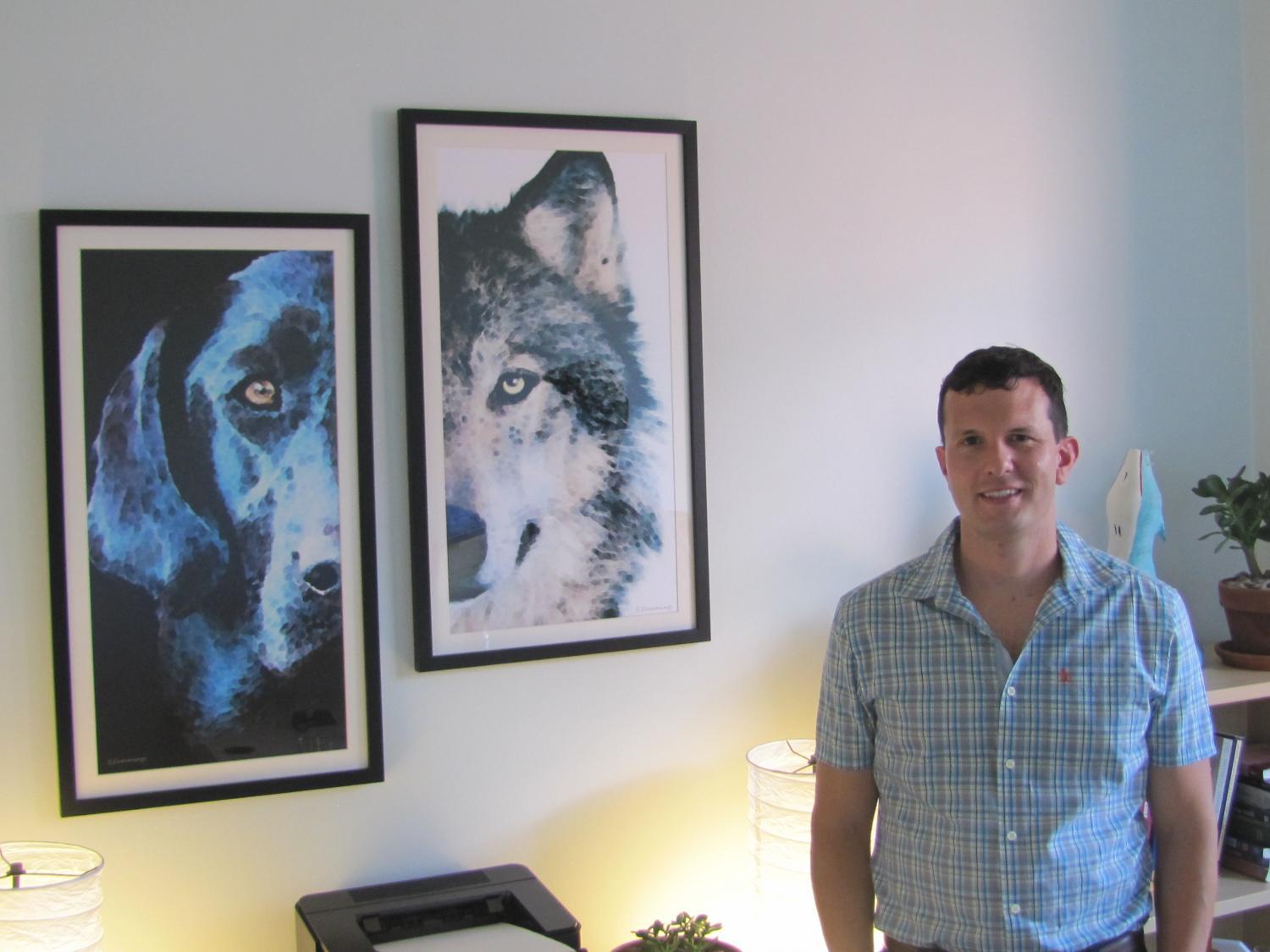 "'Which animal is smarter, a dolphin or a chimpanzee?' It's very much like asking somebody, 'Well, what's a better tool? A hammer or a screwdriver?'"

Even the most literally birdbrained creatures seem surprisingly skilled in certain areas. Some birds can plan, make tools and solve intricate puzzles. Primates and killer whales pass down cultural traits.

"The dog's claim to fame, from a cognitive perspective, really has to do with their understanding of the social world — particularly the way they communicate with and understand humans," said MacLean.

To get a sense of this connection, consider all the meaning contained in the humble gesture of pointing.

"I want to share attention about this thing with you, so I'm going to change my behavior in some way that I know you are going to interpret as me wanting you to attend to the same thing that I'm attending to, so that we can experience this together," said MacLean.

Despite the mental gymnastics involved, puppies innately grasp pointing early on; other animals — even our closest kin, bonobos and chimps — either cannot interpret the gesture, or can do so only after extensive training.

Not surprisingly, pointing, along with memory and problem solving, plays a central role in canine studies, and researchers have developed a number of controlled tests for evaluating such abilities.

Graduate student Gitanjali Gnanadesikan and Ph.D. student Daniel Horschler demonstrated a few such tests with the help of Remy, a 10-year-old Akita mix. One test of working memory measures how long a dog can remember something, such as where a person has hidden a treat.

To test this, Horschler placed four blue cups upside-down on the floor at a specific distance from Remy. As Gnanadesikan held Remy in place, Horschler put a treat under one of the cups where the dog could see it. After waiting a set time (which can range from 20 seconds to a few minutes), Gnanadesikan released Remy to choose a cup. If Remy touched the one with the treat, he received the treat and some praise to boot.

A later trial tested Remy's understanding of social cues. In this version, which involved only two cups — one on each side — Horschler secretly hid the treat, then pointed to the cup that concealed it.

"We're trying to see if the dog can use that cue to find the food in the absence of its own knowledge," Horschler said.

Yet another trial tested how Remy would react to an unopenable box with a treat inside. His solution involved "recruitment" — a technical term for using puppy dog eyes to try to get a human's help.

On-campus trials rely on volunteers such as Remy's owner, Cait McPherson, a bioarchaeology student and Gnanadesikan's and Horschler's classmate. She waited in an adjoining room and watched Remy's progress on TV.

McPherson said she was initially worried that the trials might make Remy nervous, but he seems to enjoy them.

"Certainly the opportunity to get praise and treats for performing tricks keeps him motivated," she said.

Elsewhere, in California, postdoc Emily Bray studies service and assistance dogs at to understand why some candidate's pass training while others wash out. One surprising reason: helicopter moms.

"Puppies who were experiencing overly attentive mothering over the first few weeks of life actually went on to display worse independent problem-solving skills, more anxious behaviors, and it also corresponded with higher likelihood of being released from the guide dog program," said Bray. 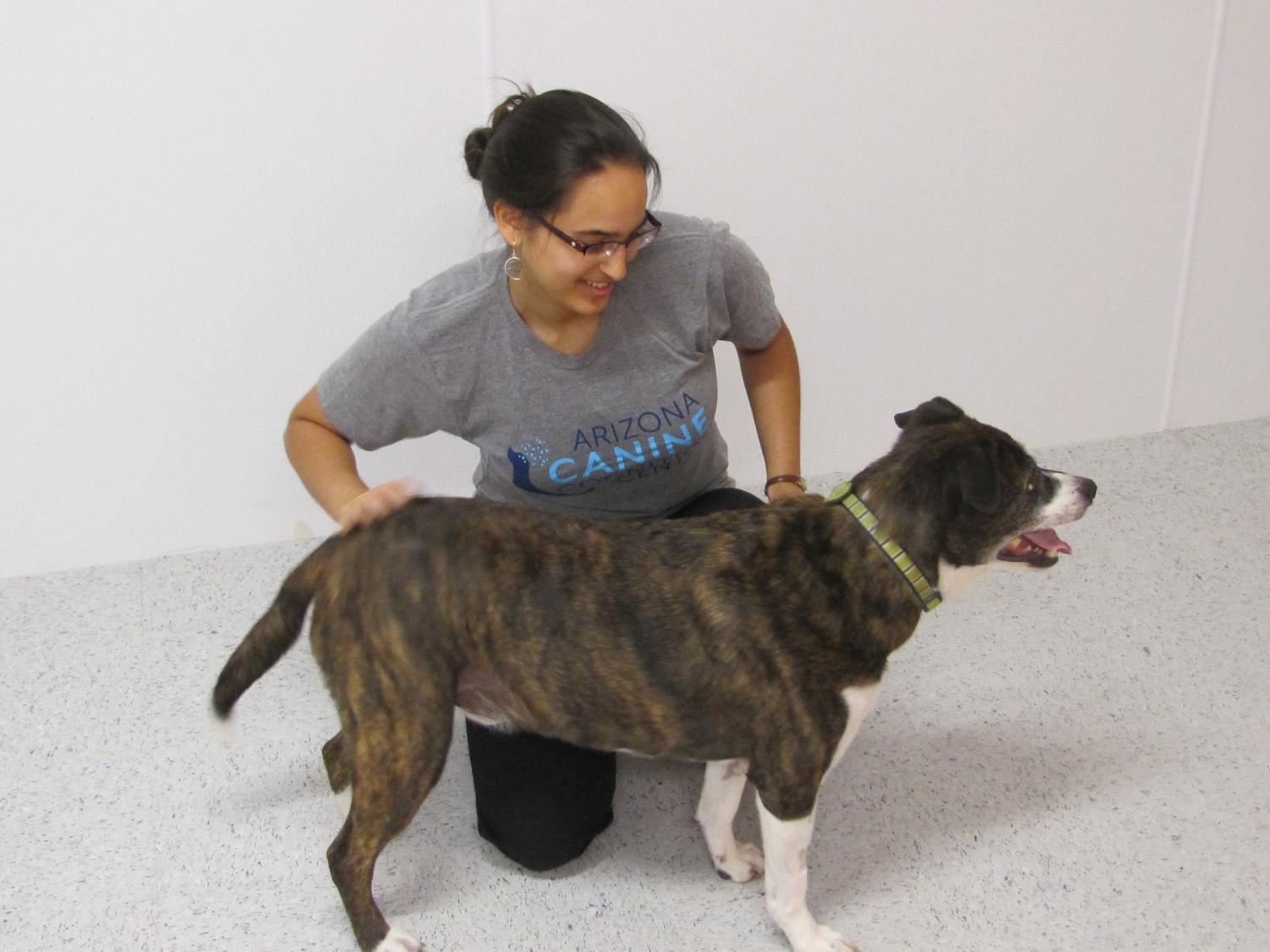 These findings come from more than playing with puppies; they require careful measurements, tedious number crunching — and some bleary eyes.

"We video all of our experiments and, to turn that into usable data, live humans have to spend many hours looking at those videos," said Gnanadesikan.

Much of that work falls to lab coordinator, Averill Cantwell. She doesn't mind. To her, it's all part of understanding the many minds with which we share the planet.

"Trying to explore how these other minds might be processing the world — and what's similar and what's different, and what that can then tell you about humans and human cognitive evolution — is something that's just really fascinating to me," said Cantwell.