With Rep. Don Shooter Out, What's Next For Yuma's Legislative District 13?

Brownie’s Café in Yuma caters to a lunch crowd that enjoys home-cooked food and a friendly wait staff.

The old-school diner has a long counter where you’ll find Mickey Myers sipping coffee. The retiree worked at the Yuma Proving Ground.

“Yuma’s a good place to live and we try to elect people that are OK,” he said.

That’s Myers' response to questions about what happened to his former representative. This is just a few weeks after a detailed report of Don Shooter’s alleged sexual harassment culminated in his removal from office.

MORE: A Look Back On The Tense Time Leading Up To Shooter's Expulsion 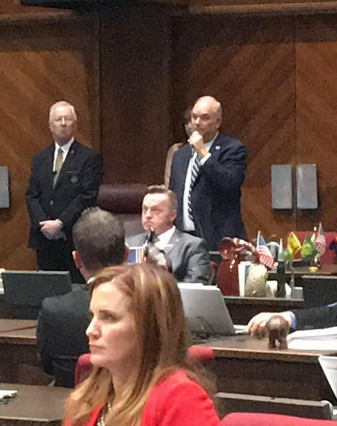 Casey Kuhn/KJZZ
Republican Don Shooter was expelled from the Arizona Legislature on Feb. 2, 2018.

Myers is careful with his words when it comes to local politics.

Another Brownie’s customer, Pam Rider, is visiting her friend. She moved away from Yuma several years ago, but was just discussing Shooter’s situation with her former neighbors.

“It’s terrible because he’s part of this community, his family is here," she said. "However [my neighbors] both also said if that’s what really happened he should not be up there representing us, you know, we need somebody that’s honest.”

Most people refused to speak on the record, saying they didn’t want to hurt his family members and their reputation. Many know him personally, and one young man at the café was his bartender. They are the type who believe “if you have nothing nice to say, don’t say anything at all.”

Others, still, described Shooter’s personality with a choice few words, ones we cannot repeat.

And Myers, who voted for Shooter, sums up his political career like this: 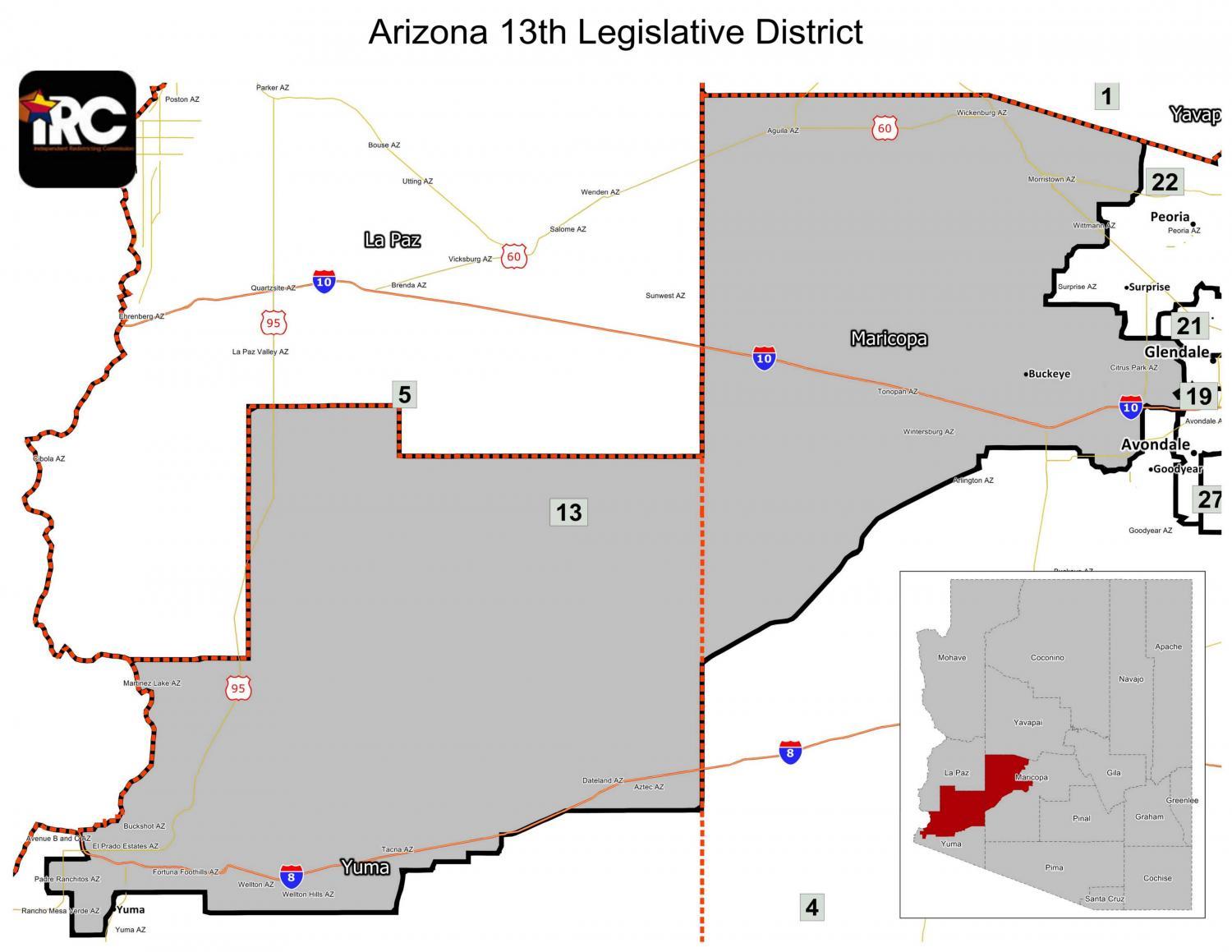 Latent frustration, though, feels just below the surface in the people here who are politically aware. And to understand where that comes from, you have to know the political history of Legislative District 13 (LD13).

Just under a decade ago, a commission re-drew the district lines in Yuma County that essentially cut the region in half. The city of Yuma has a different representative than the southern part of Yuma County.

And then, the committee tacked on much of Phoenix’s West Valley to LD13, which census numbers show is populated by a different demographic than the Yuma area, as far as average income and population density.

That led to bitterness from people who feel Yuma is often left out of the conversation with other major cities.

LD 13 includes many rural towns, like Wellton, just outside of Yuma.

It’s there I met local farmer John Boelts. We walked along the just-watered rows of green heads, lettuce leaves tickling our ankles. Boelts said it’s time someone with rural interests at heart takes up the reins of representing his district.

(Photo by Casey Kuhn - KJZZ)
Yuma farmer John Boelts stands in one of his fields of lettuce.

“Rural areas in our state will rarely have equal representation now that Arizona has kinda swung to where the bulk of the population lives in metro areas," Boelts said.

Shooter was retired from real estate and farming when he was elected. Yuma’s top issues, Boelts said, are water and immigration, but also spreading knowledge about agriculture.

Boelts thinks fellow farmer Tim Dunn, the person Yuma County Board of Supervisors chose to replace Shooter, will do a great job of representing those ag interests.

For his part, Dunn wants to live up to that promise.

“The constituents are very concerned that they make sure they have a voice, that they don’t lose out to votes in the northern district," Dunn said. "So it becomes upon me to make sure I represent the whole district.”

(Photo by Casey Kuhn - KJZZ)
Boelts cuts a head of lettuce from his fields.

He sits in a sparse office at the Capitol, having only moved in it a week ago.

Dunn now serves on the House transportation, energy, and rural affairs committees — he said those will keep him busy and are the topics he’s most familiar with.

“I can engage in and I think support to the chairmen and support to those issues right off the bat," Dunn said.