Arizona Immigrant Sees Path To Citizenship Through The Army German Velazquez and his 3-year-old daughter play with PAW Patrol action figures in the backyard of their Avondale home. Velazquez is waiting for the results of a background check so he can go to U.S. Army basic training.
(Photo by Matthew Casey - KJZZ)

German Velazquez did pushups, sit-ups and ran a mile on a hot Thursday afternoon near a U.S. Army recruiting center. Velazquez used to be an undocumented immigrant, is now a green card holder, and in October 2017, decided to enlist.

“I love this country so much that I’m willing to make the ultimate sacrifice,” he said.

Immigrants have served in the military since the Revolutionary War. But the Trump administration has made it harder for lawful permanent residents — often called green card holders — to become citizens while in the armed forces.

Under old rules, Velazquez likely would have already gone to basic training. But the U.S. Department of Defense changed two policies around the same time he agreed to join.

The first change was background checks of green card holders have to be finished before they start basic training.

The second change was an extension of the amount of time green card holders have to serve before they can become naturalized citizens.

“I love this country so much that I’m willing to make the ultimate sacrifice.”
— German Velazquez, U.S. permanent resident

“I wasn’t aware of that one, at all,” said Velazquez, who plans to naturalize while in the Army.

To stay in shape while he waits, Velazquez joined other Army recruits and hopefuls for future soldier training. His recruiter, Sgt. First Class Robert Hanners, often leads the workouts.

“Seventy percent of our youth are not even eligible to serve in the Army,” Hanners said. The most common disqualifiers for U.S. citizens are obesity, no high school diploma or GED, and a criminal past.

Army recruiters often have to look hard to find qualified people. Hanners met Velazquez on Facebook, and thinks he may have found a career soldier and a leader.

“The Army is going to recognize that, and he’s going to get promoted before his peers,” Hanners said.

Hanners used to be able to tell recruits like Velazquez they could become citizens near the start of basic training. Now the new rules require green card holders to finish basic training and serve six months of active duty, before naturalizing.

Because of the change in Defense Department policy, U.S. Citizenship and Immigration Services has closed offices at three Army bases. In an email, a spokeswoman said that military service is still a strong path to citizenship.

There are a few reasons why immigrants may be drawn to the military, said Dr. Amy Lutz, an associate professor of sociology at Syracuse University. She has studied who joins the military, and currently studies why people enlist. Citizenship for oneself or a spouse is a motivator for immigrants. But so is the chance to move up in the world, Lutz said.

“The higher your socioeconomic status, the less likely you are to join the military,” Lutz said.

On a spring afternoon, Velazquez played with his 3-year-old daughter on a swing set in the backyard of their Avondale home. He was about the same age when he and his family came to the U.S.

"My mom has always struggled in life,” he said.

Velazquez hopes joining the Army means his wife and children will never know the same feeling. Serving in the military was also one of his childhood dreams. He believes it will help him realize a different goal of becoming a firefighter.

“I know I’ll come back a better person,” he said. “Better than who I am now, more structured, more disciplined, more on-point on things. And I think that’s going to really help me out later in life.”

U.S. citizenship is last on the list of reasons to join the Army, Velazquez said. Having to wait a little longer than he originally thought is no big deal. It’ll still be shorter than naturalizing through family. 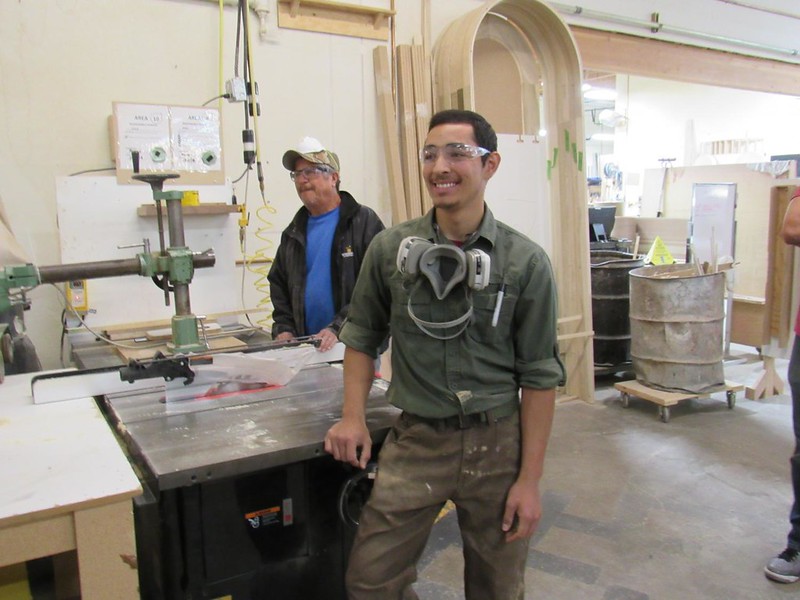