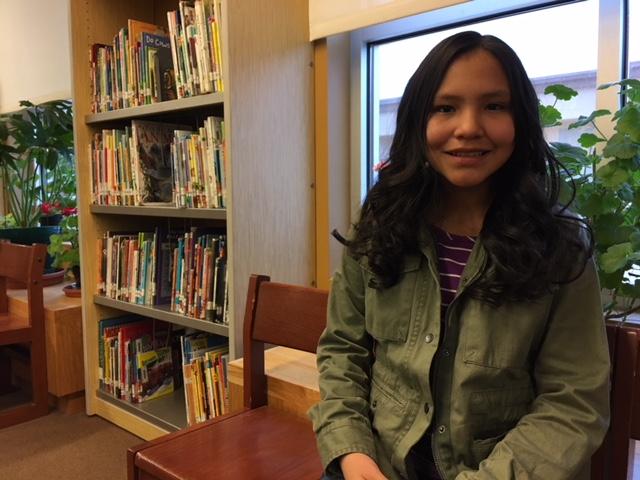 (Photo by Laurel Morales - KJZZ)
Kelly Haven, 13, will compete at the Scripps National Spelling Bee May 29.

To qualify for the Scripps National Spelling Bee, students all over the country first have to pass a vocabulary test. On the Navajo Nation this year only a handful of the tribe's top spellers passed.

Those students then competed in a spelling bee to decide who will represent the tribe. The Navajo spelling champ for two years running is Kelly Haven, a seventh grader from Fort Defiance.

"I was so happy," Haven said. "I thought that this is my second chance. I can improve all of my mistakes from last year."

Last year in Washington, when it was Kelly's turn to compete against the top 300 kids in the country, she stood up on stage, scanned the crowd and her mind went completely blank. Kelly lost in the second round.

Her mom Dina Haven said they felt a little out of their league.

"Those kids were on another level then where we were," Dina Haven said. "We had prepared her enough to get her there but once we were there it was another level."

Dina, who teaches high school English, said they had no idea what they were up against — tutors, Latin classes, private schools.

"They have so many more advantages to them and you think that Kelly is just as good as they are," Dina Haven said. "She says, 'He's wearing a private school blazer and I'm just as good as him.' And we tell her all the time ... 'You're a Navajo kid from the reservation and you've made it this far.'" 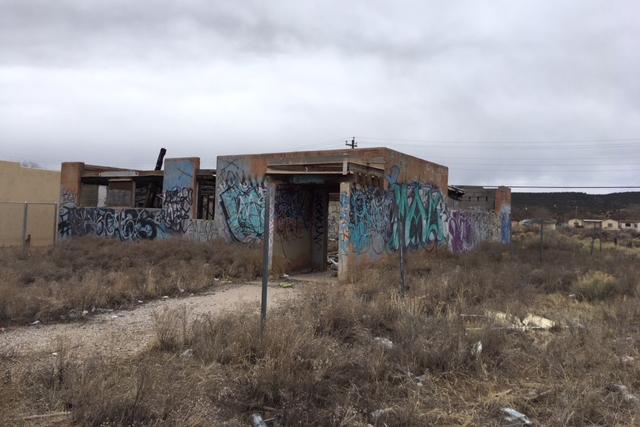 (Photo by Laurel Morales - KJZZ)
Gangs have tagged many abandoned houses in the Havens' neighborhood.

To be a Navajo kid today often means living in poverty, getting up at 5 a.m. to ride a bus two hours to get to school.

"When they get there, are they tired?" said Jacelyn Salabye, program manager at Native Americans For Community Action. "Are they sleepy? Are they hungry? And then they get into school, teacher's cranky and they're just like, 'I'm done with this.' What's mom doing? What's dad doing? Are they worried about, 'I gotta make bread. I gotta go haul some water. I gotta make sure the sheep are okay?'"

Salabye, who is Navajo, said so often parents are in crisis mode. Half of the tribe is unemployed. They don't know how they're going to feed their kids, let alone help them with their homework. Salabye said many blame these desperate circumstances on a long list of federal policies.

For almost a century the federal government forced Native Americans to attend boarding schools in an effort to wipe out their languages and cultures. Students were beaten for speaking their mother tongue. Salabye said that shame is still felt. And it shows. Only half of the Navajo tribe speaks their language.

"We’re still seeing the effects of trauma through the boarding school experience. No matter who kids are, every kid needs to be affirmed in their learning environment."
— Robert Kelty, principal of Puente de Hozho

Robert Kelty is the principal of Puente de Hozho, a language immersion school in Flagstaff. He said the only way to reverse the effects of trauma is through language revitalization.

"We’re still seeing the effects of trauma through the boarding school experience," Kelty said. "So when you look through another lens you just see how critically important it is for kids to have access to a type of schooling that is actually affirming to them. No matter who kids are, every kid needs to be affirmed in their learning environment." 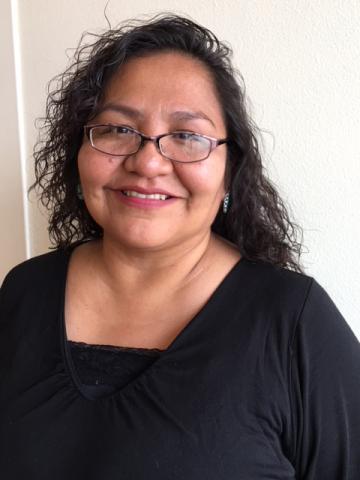 (Photo by Laurel Morales - KJZZ)
Dina Haven, Kelly's mom and a high school English teacher, says speaking Navajo is like having a superpower.

A University of Arizona study shows Native children exposed to "academic English" only at school are often language delayed. And bilingual education can improve not only a student's confidence but also their academic achievement.

All but two schools on the Navajo Nation have an English-only curriculum with Navajo taught one hour a week. The Department of Dine Education projects by 2020 only 30 percent of the tribe will speak its language.

RELATED: Effort To Save Navajo Language A Labor Of Love To Get Over Past Stigma And Pain

"When students are not affirmed in their identity and they want to be grounded in their culture and they're not, that you can have a form of subtle resistance," Kelty said. "And that can play out through the means of failing and disengagement in school."

Kelty said it's up to the adults — the educators, the policy makers, the parents — to fix that because every child knows how to learn.