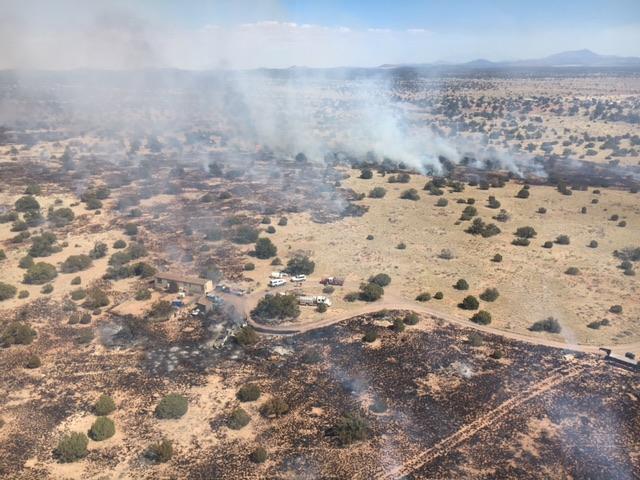 Authorities are evacuating dozens of residents in a small Northern Arizona community because of a structure fire turned wildland fire. One structure has burned.

The Coconino County Sheriff's Office spokesman Jon Paxton says the fire started when someone was burning yard debris in Valle.

"Obviously it is a very dangerous fire season," Paxton said. "We need people to be ready to evacuate. If you have not registered for Code Red, we urge that you do."

The Indian Meadow Fire has burned 200 acres along Highway 64 that leads to the Grand Canyon, but the road remains open.

About 50 people are fighting the fire and two heavy air tankers have been ordered. The fire has prompted the Kaibab National Forest to implement campfire and smoking restrictions.