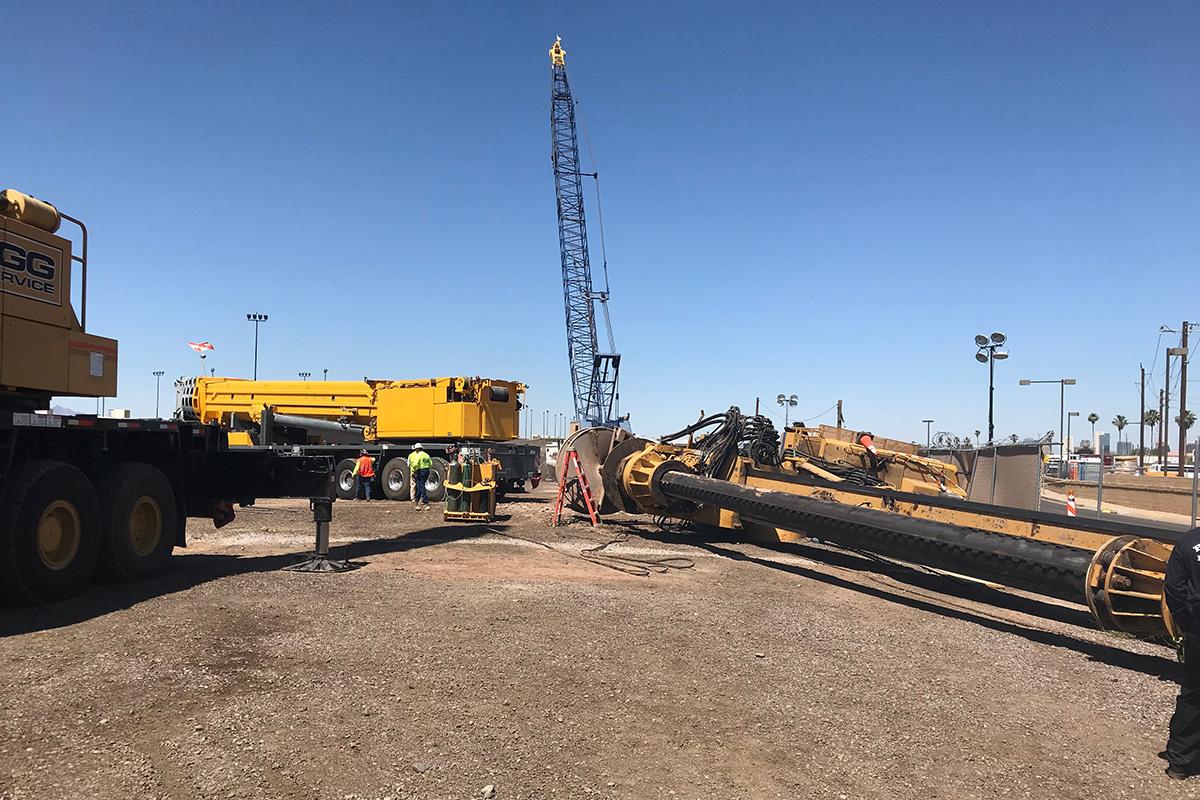 City of Phoenix
A large crane was assembled Tuesday morning to assist with efforts to rescue a trapped worker at Sky Harbor Airport. The crane was brought in by multiple trucks and constructed on site, according to the City of Phoenix.

A construction worker remains trapped in a trench underneath a downed drill rig near Sky Harbor Airport on Tuesday morning.

The heavy machine, which was being used on a construction site for PHX Sky Train, fell around 9:30 a.m. on Monday. Crews worked until almost midnight and managed to remove some of the heavy components, but were unable to access the trench, according to Captain Jake Van Hook of the Phoenix Fire Department.

Van Hook said the logistics of moving a 300,000-pound rig are complicated because the ground around the trench is unstable.

The current plan is to truck in a large crane and resume rescue efforts between 8 a.m. and 10 a.m. Tuesday. The efforts near 27th Street and Buckeye Road have not affected any activities at the Sky Harbor International Airport.

The name and condition of the construction worker have not been released.