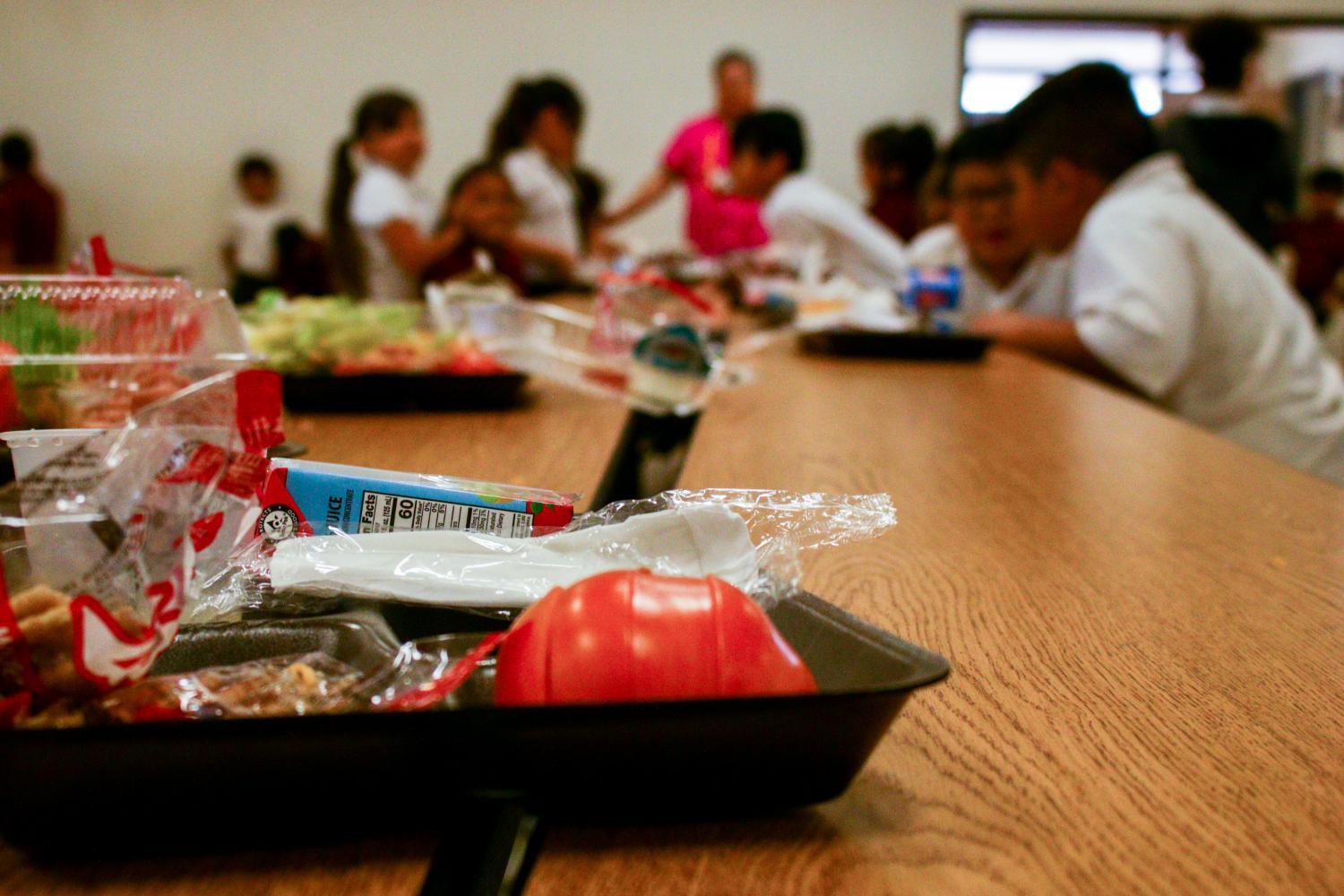 Claire Caulfield/KJZZ
Students at Creighton Elementary School in Phoenix gather for lunch during the last week of school before summer. About 94 percent of students qualify for free or reduced price lunch.

Arizona schools and nonprofits are increasing efforts to ensure the 60 percent of children in the state on free and reduced get at least one meal a day during the summer months.

The Summer Feeding Program, funded by the U.S. Department of Agriculture, has been reimbursing schools and food banks for meals for over 40 years. This year the program is expected to provide 200 million meals across the country, and Creighton School District in Phoenix is just one of many districts who are ramping up their production this year.

“We were just offering meals in our district campuses, but we started to see that our numbers were falling and we knew that this was a really high-need area, so we decided to go mobile with our operations,” said Erin Bronner, child nutrition and wellness director for the district. 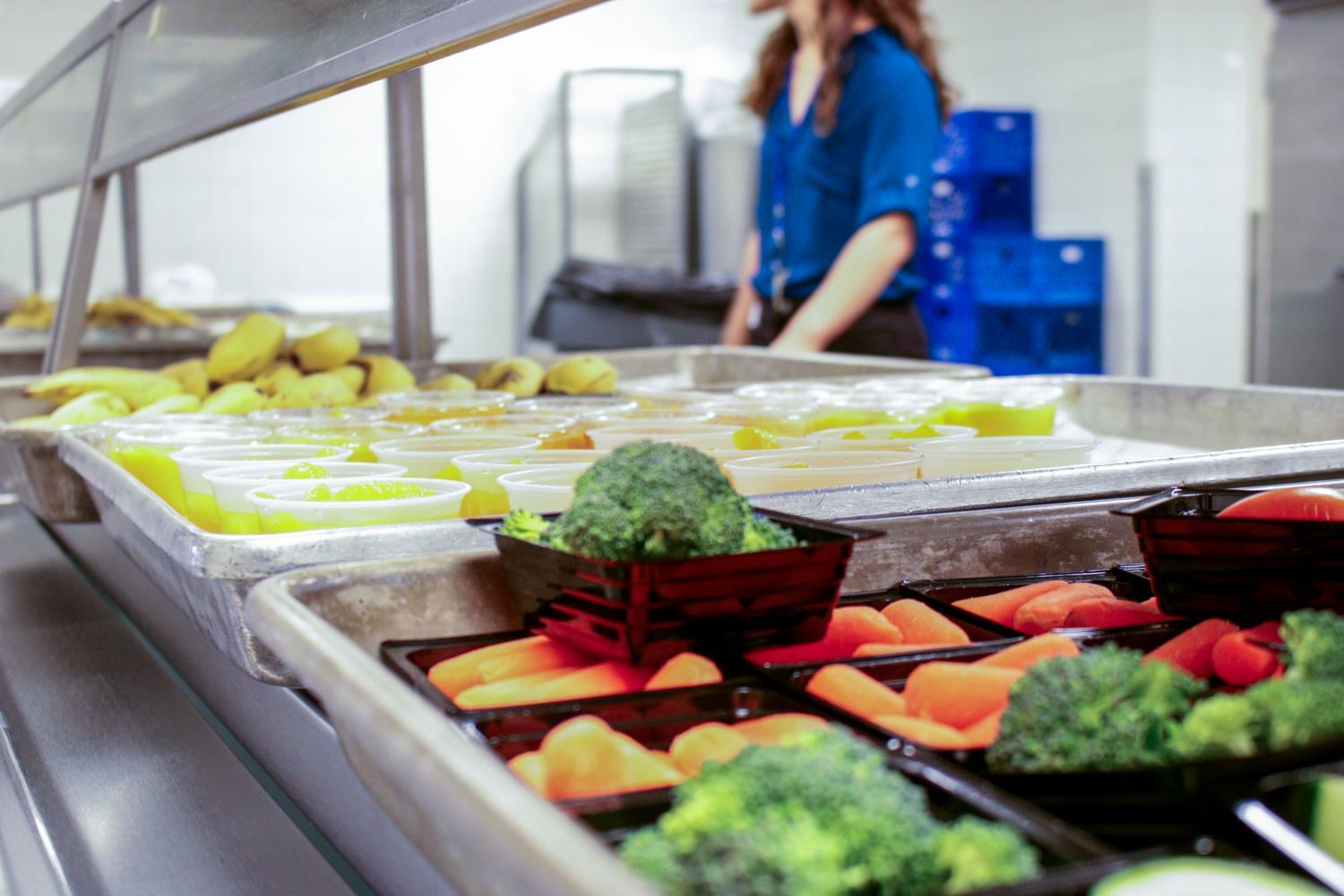 Claire Caulfield/KJZZ
Erin Bronner, who helps plan the meals for the Creighton School District, says it's sometimes challenging to convince students to eat all their fruits and vegetables, but giving them lots of options helps.

This is the second year Bronner will join cafeteria workers in loading large coolers into school buses and taking their summer food program on the road.

“We take two school busses with three routes each, and they go visit the neighborhoods,” she said.

Bronner realized that even though many of the Creighton students lived very close to campus, the stifling heat of the summer makes walking to school prohibitive.

“So we package all of the meals early in the morning and we load them into coolers which then get loaded into the school bus, a couple of bus drivers drive over to our stop and our kids just start funneling in,” Bronner said. “Kids walk up on the school bus, sit down, eat their meal and off they go!”

Angie Rodgers, president of the Association of Arizona Food Banks, said the program provides much needed aid in a state with one of the highest poverty rates in the country.

“About six in 10 Arizona students eat free and reduced lunch meals so the poverty rate among our school aged children is incredibly high,” she said.

While Bronner and Rodgers are excited about expanding the program and planning educational and enrichment activities for kids while they eat their meals — they both acknowledge that the number of kids relying on this service is startling.

“Certainly you see some of the sadness of the kids who say, ‘This is the only time I ate today,’” Rodgers said.

“If we were to take steps like investing in job creation, raising wages, improving job quality, and proving healthcare, housing and, yes, nutrition for families when times are tough, we could make a dramatic dent in our child poverty,” said Melissa Boteach, senior vice president of the Poverty And Prosperity Program at the Center For American Progress.

Children with consistent access to nutritious meals are better prepared for academic success, are healthier and more likely to be employed into their adulthood

“We’re at risk of making it worse,” Boteach said. 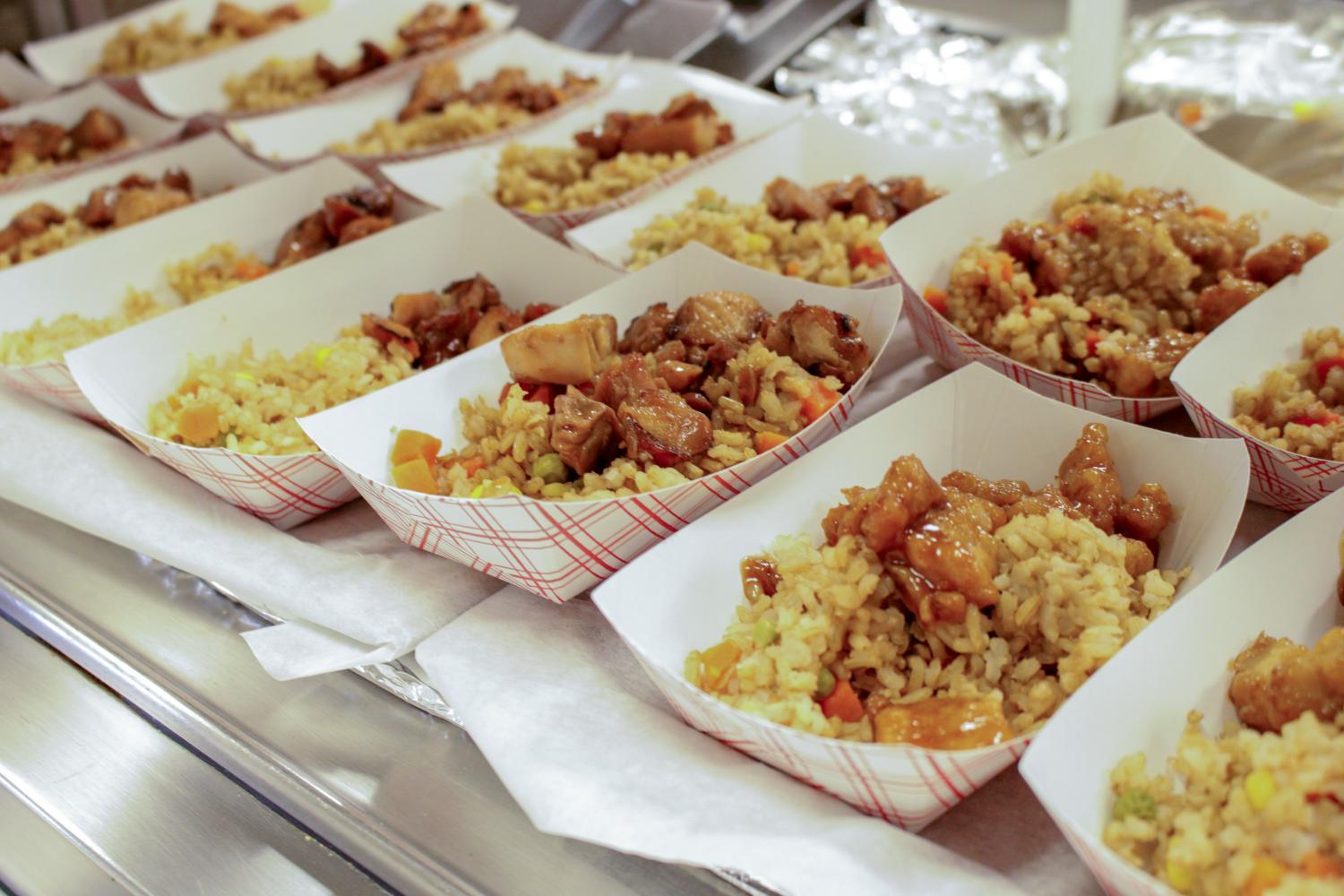 Claire Caulfield/KJZZ
Meals in the summer feeding program are very similar to those served during the year, with a focus on hot entrees and vegetables.

The federal Farm Bill, which provides funding and makes the rules for programs like nutrition assistance and SNAP — formerly known as food stamps — expires in late September. Its passage has been hung up in the House of Representatives over a measure that would add more work requirements for those who receive food stamps.

In its current form, the bill also lowers the income threshold at which families are automatically enrolled in food stamps, and many free and reduced-price lunch programs use that criteria to designate which children are eligible.

“The SNAP program is our nation's front-line defense against hunger, and so, if we were to make those cuts, you would see their hunger and food insecurity skyrocket,” she said.

When designing Creighton’s summer food program, Erin Bronner kept this insecurity in mind. The route includes local parks and apartment complexes, and anyone under the age of 18 is eligible for a meal, not just Creighton students.

“Everyone is welcome from around the Valley,” said Bronner. “We will feed anyone that is at our door.”