Water is a precious commodity, especially in the desert. Valley cities rely on surface water infrastructure, like dams and reservoirs. But the snowpack feeding those rivers was near record low this year. So managers are looking to bank future water supplies underground.

“Bartlett is one of my favorite locations, I just love the terrain around it, it’s just a great reservoir,” Ester said.

Even after 35 years of working with the Salt and Verde for SRP, Ester is still wowed by the water tableau the rivers have carved into the red desert landscape, as well as the dams humans have chiseled into the picture.

“The dam’s really well behaved as well, it always performs well in a flood event,” Ester said, speaking about the infrastructure like it was a person.

Lately, though, Ester has dealt more with dry years as the Valley marches into year 18 of drought.

"In over 800 years, that’s the first time there were six dry years in a row."
—Charlie Ester, SRP Surface Water Manager

This year saw a near-record low snowpack, which meant near record low runoff at only about 100,000 acre-feet of water.

Compare that to 1 million acre-feet the year before, which was an outlier in a record six years of consecutive dry winters.

“That’s not only the first time in our historical record but that never showed up in the tree ring record as well," Ester said. "So in over 800 years, that’s the first time there were six dry years in a row.”

An acre-foot is a measure of how much water would be needed to flood one acre of land to a one foot depth.

Hardly any acre-feet trickled into Bartlett Lake this year.

Not great, but not worrying, yet. That’s because SRP augments those low runoff years by pumping groundwater.

Keep flying southwest in the helicopter, follow the snaking canal, and you get back to Phoenix which gets 58 percent of its water supply from SRP.

“It is really important that we are prepared for any scenario including worst-case scenarios," said Kathryn Sorensen, director of Phoenix water services. "Because the consequences of failure are just too great.”

After a sweeping measure to manage Arizona groundwater in 1980, cities invested hundreds of millions of dollars for surface water treatment. That’s helped recharge the Valley aquifer. 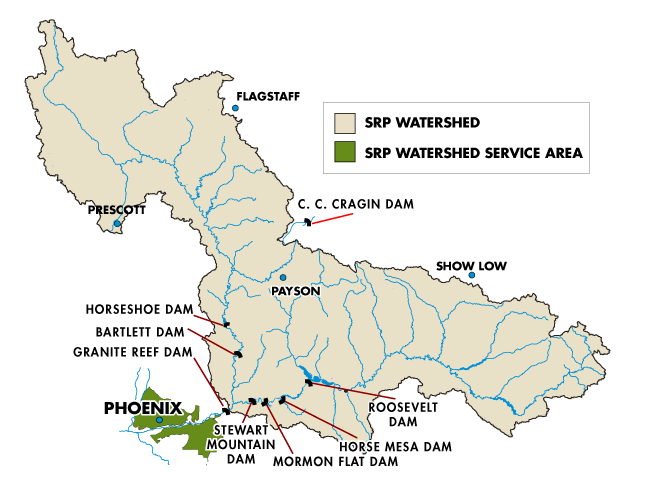 SRP and Phoenix, as well as several other cities, have pumped more than a million acre feet back into the aquifer through the Granite Reef Underground Storage Project, or GRUSP.

“Recharge has been a cornerstone of drought preparation here in the Valley and it will continue to be in the future,” Sorensen said.

Phoenix and SRP recently entered into an agreement that gives the city the first right of refusal when it comes to groundwater pumping.

"Phoenix has the option to tell SRP, 'Hey, we need your well-pumping capacity,'" Sorensen said. "And they will basically honor that ahead of nearly everybody else in their system. So it's kind of an insurance policy."

Reservoirs are like checking accounts, with city water available immediately and easily.

Underground recharge is like a savings account, where cities take their extra surface water and put it in the ground to withdraw later.

This future use will be especially important when surface water, most likely from the Colorado River in the West, is restricted.

Groundwater recharge areas are big, brown fields that SRP floods periodically so water seeps down through the sand and into the water table.

A basic design, but one that some call the ‘dams of the future.’

“They have been," said Christa McJunkin, water strategy director at SRP. "It’s critical that we still have existing use of our reservoirs, but you have to have underground storage because it offers unique benefits."

One of the benefits of GRUSP is no loss to evaporation. The geology that makes a site good for groundwater recharging rests in its composition.

GRUSP, the state’s largest recharge site, is on an ancient river bed where the rocks and soil are perfect for water soaking.

What remains to be seen is where other recharge sites, that water managers predict will be necessary, could be.

“As urbanization happens, you don’t want the best place for a recharge project to be a shopping mall,” McJunkin said.

That growth and urbanization is one concern cities are dealing with as water demand keeps creeping up and supply holds steady.

The GRUSP is one option, McJunkin said, of finding new ways to get more usable water supply in the system, like collected wastewater from cities like Mesa and Peoria.

"This is one way to bring effluent [water] to use without having to do the additional, high-level treatment you would need to do if you were using it directly," McJunkin said. "The process of the water infiltrating through the soil takes care of a lot of concerns people have. You can think off it as a huge filter."

And with water supplies banked for years, Central Arizona water managers are optimistic the taps are in little danger of running dry. 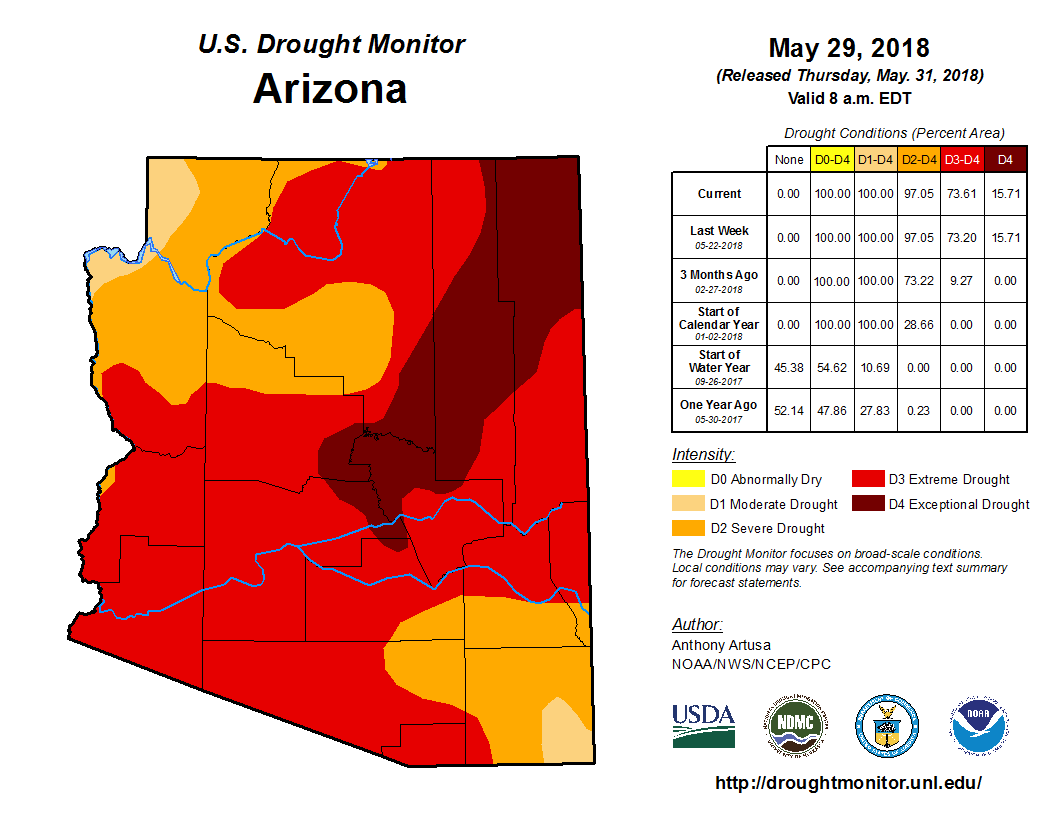