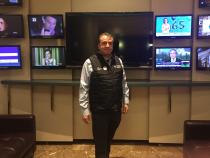 MEXICO CITY- As Mexico prepares to hold presidential elections in a month, its electoral institute is expecting not only voters both inside and outside the country, it is also inviting some special guests: foreigners to observe and monitor the elections.

The National Electoral Institute of Mexico, an autonomous public entity, is expecting hundreds of foreign observers on July 1. They will help guarantee a fair and fraud-free election.

“Mexican democracy is open so that any observer from any country can visit our elections and make recommendations,” said Yuri Beltrán, a council member for the Electoral Institute in Mexico City.

“Mexican transition to democracy was permitted, in certain way, because we have foreign visitors on our elections since ´94,” Beltrán stated.

Observers will visit polling stations to supervise how votes are cast and counted. The electoral institute doesn’t pay or supervise the observers to keep the process honest.

“They have all the freedom to go wherever they want,” Beltrán said. “It is very important for us that all of our processes are open to the public.”

Beltrán says anyone over 18 can apply on the institute’s website until June 20.

Former UN secretary Kofi Annan will be among the distinguished observers, as well as other leaders and organizations.  Former US President Jimmy Carter participated as an observer in the past.