Ballot Heist In Mexico Just Days Before The Elections 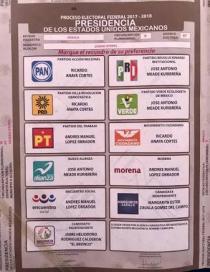 Courtesy: INE/Sergio Bárcena
Sample of the ballot to elect president for the 2018 Mexican elections. 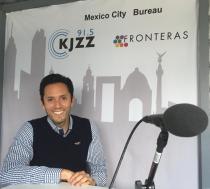 Rodrigo Cervantes, KJZZ
Sergio Bárcena is a professor and researcher from Tec de Monterrey in Mexico City, specilized in politics and elections.

MEXICO CITY - Mexico will hold federal and local elections this Sunday, and a new president will be chosen. But there’s a new concern rising: the theft of thousands of ballots.

Unknown armed assailants intercepted the Mexican Electoral Institute’s vehicles carrying the ballots. In one of the robberies, in a small town in Oaxaca, the attackers burned them.

“It’s happening because the ballots were not correctly guarded, and it happened in rural places where they are not so safeguarded,” said Sergio Bárcena, an electoral researcher at Mexico City’s Tec de Monterrey.

Ballot thefts are not new in Mexican democracy. But Bárcena thinks it’s unlikely that parties and candidates are behind the current heists, since they know that the missing ballots are numbered and can be replaced.

“These actions belong to organized crime or violent cells that are not related to the elections,” Bárcena stated.

The researcher says criminals want to intimidate voters, but recent studies show that those issues hardly stop people from voting.

“This sounds like some signal to the local communities, saying that crime is present and that even the elections are not totally safe; but violence does not really affect, to an statistically relevant way, voter turnout,” said Bárcena.