Mexico City Will Have Its First Female Elected Mayor 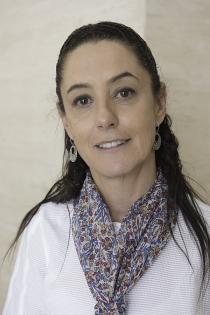 MEXICO CITY - Last Sunday, for its first time, Mexico voted for a left-leaning president. And it was also the first time that a woman was elected mayor of the country’s capital.

Sheinbaum is an award-winning scientist with a doctoral degree in environmental engineering. She has been involved in the Mexican left for decades and participated in student protests while in college.

Sheinbaum won more political notoriety in 2000, when she became Mexico City’s secretary of environment during the administration of then-mayor López Obrador.

As the environment secretary, Sheinbaum actively participated in the construction of one of the city’s largest bike trails and the “second floor” highway, as well as on the development of the first Metrobús bus line.

But her political career got hit by last year’s devastating earthquake in September, while she headed the district of Tlalpan, in southern Mexico City.

Dozens of people died in that area, including 19 children inside an elementary school and five students from Mexico City’s Tec de Monterrey campus.

Some of the collapsed buildings were illegal or poorly built, and some blame Sheinbaum’s administration. The investigations continue, and it is still unclear in most cases until what extent corruption or negligence were involved.

The mayoral inauguration will be in December.