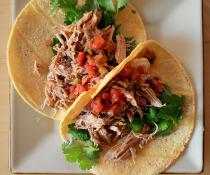 MEXICO CITY - About a month ago, President Donald Trump placed tariffs on imported aluminum and steel coming from several countries. One of the affected nations was Mexico, which reacted by imposing tariffs to some American products. And this Thursday, the second phase of the retaliation began.

The Mexican government reacted to Trump’s taxation by imposing tariffs on about 90 different American products, including steel, bourbon, apples and pork meat.

The taxation of U.S. imports by Mexico comes in two phases to try to control price inflation and to avoid shortages.

One of the most affected American exports is pork, an important ingredient in Mexican cuisine. Mexico is the third top importer of pork in the world.

The Mexican steel industry has praised the government for the retaliation. But some importers fear rising costs.

However, the issue is becoming an opportunity for many producers from the European Union.