Mexico’s early July election brought an insurgent center-left party to power at every level, and dealt stinging defeats to some of its longest standing parties. How the old guard will adapt, and how the new guard will avoid the pitfalls of the past, are very live questions.

In Sonora — Arizona’s neighbor to the south — things have not gotten off to a smooth start.

Outside Sonora’s congress some weeks ago, protesters were chanting “the tortas have run out” — referencing the corrupt practice of political parties luring attendees to rallies with food.

The crowd was protesting changes to the state’s constitution, approved in an extraordinary session by outgoing members of the ruling center-leaning Revolutionary Institutional Party (PRI) and conservative National action Party (PAN) parties. 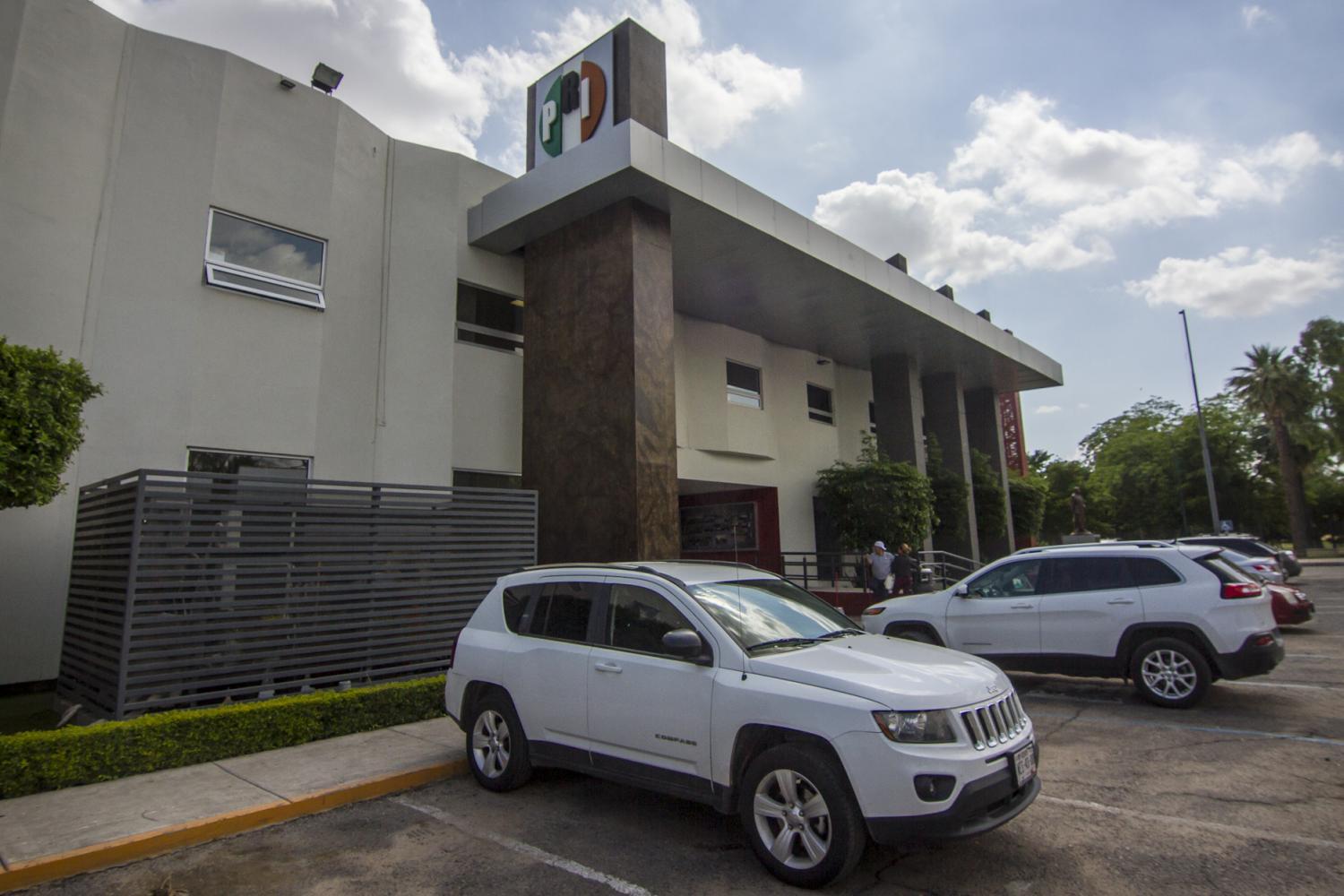 Murphy Woodhouse/KJZZ
The PRI's state headquarters in Hermosillo, Sonora. The party suffered major defeats both nationally and statewide on July 1.

The move came in the wake of a political sweep, both nationally and in Sonora, of Mexico’s new principal political power: left-leaning Morena, the party of president-elect Andres Manuel Lopez Obrador.

Mendoza and other party officials saw it as a brazen attempt to undermine the incoming majority. And that protects the legacy PRI, or Institutional Revolutionary Party, and its governor Claudia Pavlovich in Sonora from scrutiny.

Among the many changes are increased powers for the governor, including the ability to veto budget measures, and heightened requirements for future constitutional changes.

But where Mendoza sees hints of authoritarianism, state PRI director Gilberto Gutierrez sees an attempt to maintain balance between the state’s three branches of government.

“When all you have is one vision against another, government can become paralyzed,” he said.

Gutierrez did acknowledge that the reforms created tension between the executive and incoming legislature. And that tension, Mendoza argued, could impact Sonora’s image and relationship neighbors.

But Gutierrez is skeptical. He pointed to the fact that there is agreement between political parties — including Morena — about the importance of the Arizona-Sonora relationship. That could even be an area of harmony between the new legislature and governor, despite their many differences.

The View From Mexico City

Since López Obrador, or AMLO, won the presidential election, dozens of citizens crowded around his office in Mexico City, looking for his help while generating traffic and chaos.

Some of them chanted, “Sería un honor que salga Obrador” — it’d be an honor if López Obrador comes out. Among the protesters was 74-year-old Marisela Andrade, who traveled with her family from a town near Cancún to ask for AMLO’s intervention on a legal issue.

“We needed to believe in someone — the PRI party doesn’t deserve our trust anymore,” Andrade said.

But Mexicans expecting personal favors from a president is not a new phenomenon. In fact, it was common in the early days of the PRI. 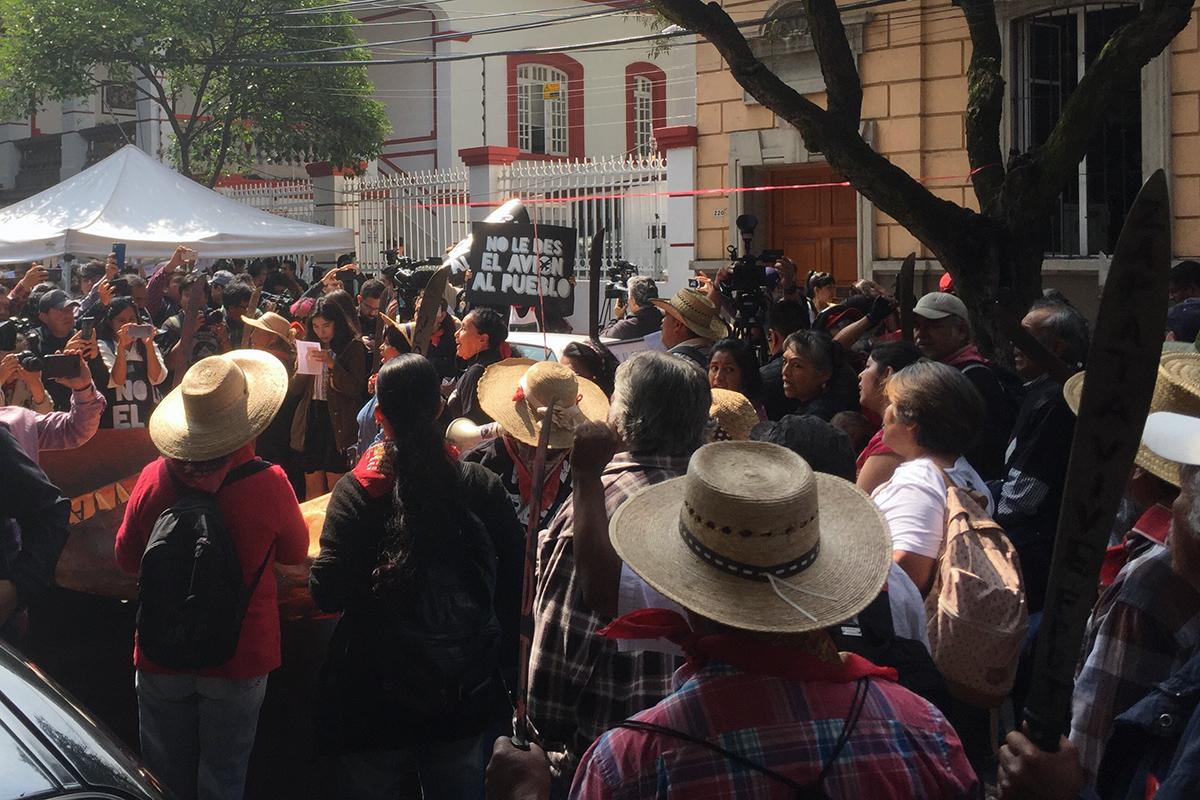 “This kind of behavior is more prone to happen in democracies that are not yet consolidated,” explained Sergio Bárcena, a politics researcher at Mexico City’s Tec de Monterrey.

Left-of-center party Morena won a landslide victory in the July elections. And while some expect positive changes, others fear it will fall in the same mistakes of its predecessors.

“Why is that Morena is becoming a new PRI or very similar to what PRI was and it still has a lot of acceptance within citizens? It’s because Morena hasn’t been in the government yet,” Bárcena said.

Bárcena thinks AMLO’s party runs the risk of becoming like the hegemonic PRI, with its congressional majority and unifying leader.

“Morena has a leader that everybody knows and everybody respects and that leader exerts his own power,” said Bárcena.

And would this endanger the relationship with the U.S.? For Bárcena, that’s unlikely.

“Lopez Obrador will try to show the United States that he is able and he is capable to keep his people inside his boundaries,” Bárcena said.

The researcher says that AMLO and President Donald Trump are both nationalists, although Trump doesn’t trust state redistribution and AMLO does.

José Andrés García is the Phoenix trade representative in Mexico City and doesn’t expect any drastic changes either.

“Andrés Manuel López Obrador's administration knows the importance of the interaction between the U.S. and Mexico in terms of trade and investment,” García said.

But García says that Morena’s leftist approach might affect the border’s dynamics.

“Something that I see could bring new changes is how he is going to restructure the economy in the border,” he said, explaining that adjustments on sales taxes and an increase of regional wages could bring new competitive circumstances at the border industries and trade.

“The Phoenix-Arizona-Mexico relationship is strong and we are ready to keep pushing for the interests of the Phoenix business community in Mexico,” García said.

And outside of AMLO’s office, people do expect big changes and justice. One of them is Aida Juárez, an activist from a rural community in Texcoco.

“We don’t believe in leaders or messiahs. What we need are actions,” said Juárez.