Tweet
Mariana Dale/KJZZ
Larky Hodges worried how changes to the standards could limit the potential of Arizona students. “We will not have future scientists who figure out how to mitigate climate change,” Hodges said.

Arizona education leaders are considering the first update to the state’s K-12 science standards in 13 years.

The years-long process has recently been mired in controversy over the removal of the word “evolution” from parts of the standards to the appointment of a creationist to the committee revising the standards.

A few dozen people, many in green shirts that said “Students Deserve An Accurate Science Education” protested outside Monday’s meeting of the State Board of Education against the removal of the word “evolution” from parts of the standards.

Larky Hodges worried how changes to what students learn could limit their potential.

“We will not have future scientists who figure out how to mitigate climate change,” Hodges said.

Inside the meeting Sara Torres spoke on behalf of the Arizona Science Teachers Association and asked that a previous draft of the standards with clearer references to evolution be adopted.

“Their wording will tighten up the alignment to the learning progression and ensure the teachers of science are not put into a position of teaching non-scientific ideas,” Torres said.

The group asked for four revisions to the draft standards.

Several board members asked staff to create a draft of the science standards that addressed the teachers’ concerns.

Superintendent of Public Instruction Diane Douglas asserted her own beliefs and dismissed criticism about the standards.

“Personally I absolutely believe that intelligent design, or at the very least design without subscribing it to a specific designer, should be taught alongside evolution, but the courts have deemed that unconstitutional,” Douglas said.

The revised standards are the result of years of work by teachers, experts and state staff.

“There is no creationism or intelligent design in the draft science standards," Douglas said. "Again, there are more standards dealing with evolution and climate change in the drafts standards than currently being taught.”

The board could vote on science standards at its Oct. 22 meeting. 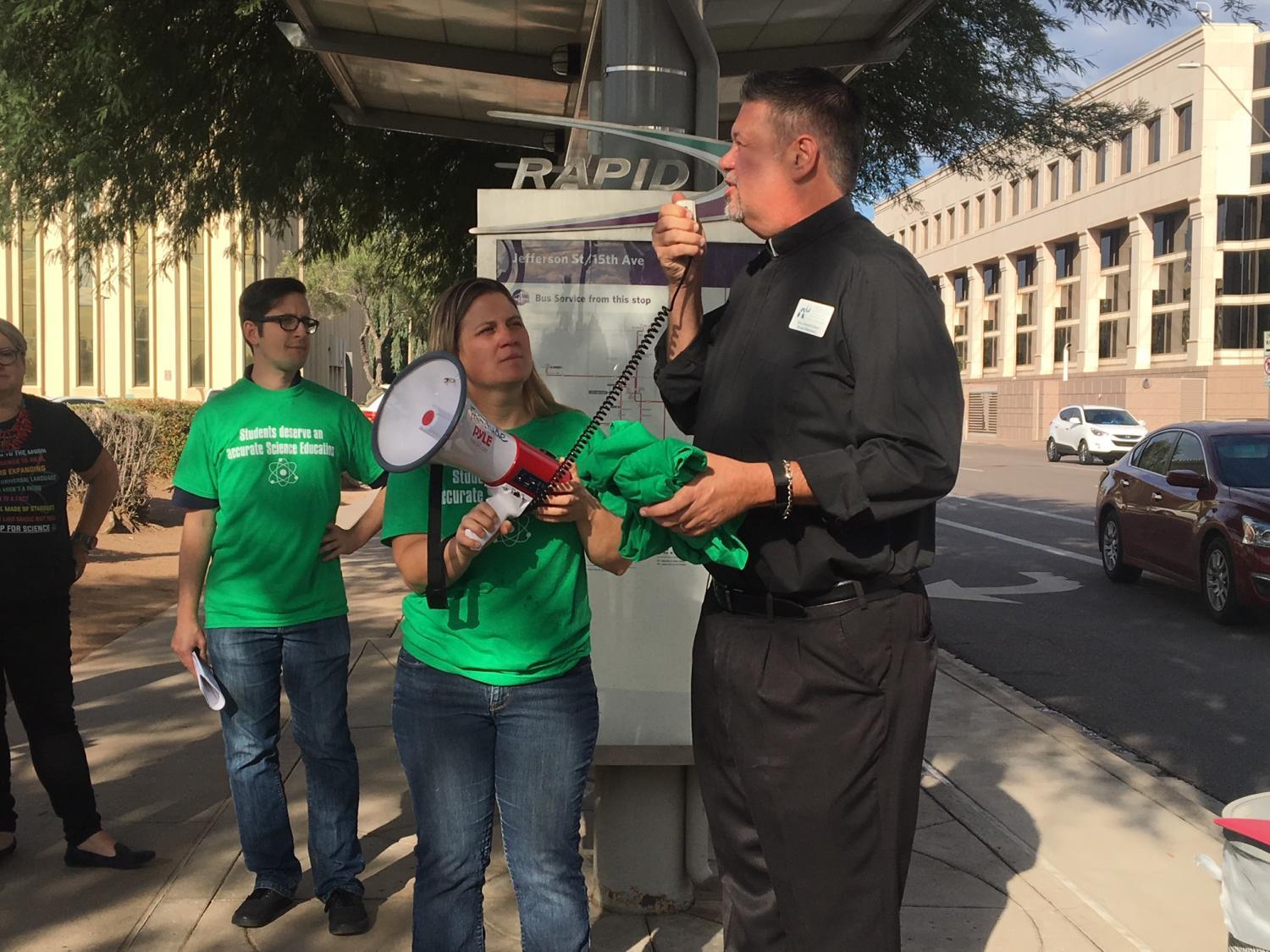