On Arizona Border, Some Migrants Plan On Arrest — Others Have No Plan At All 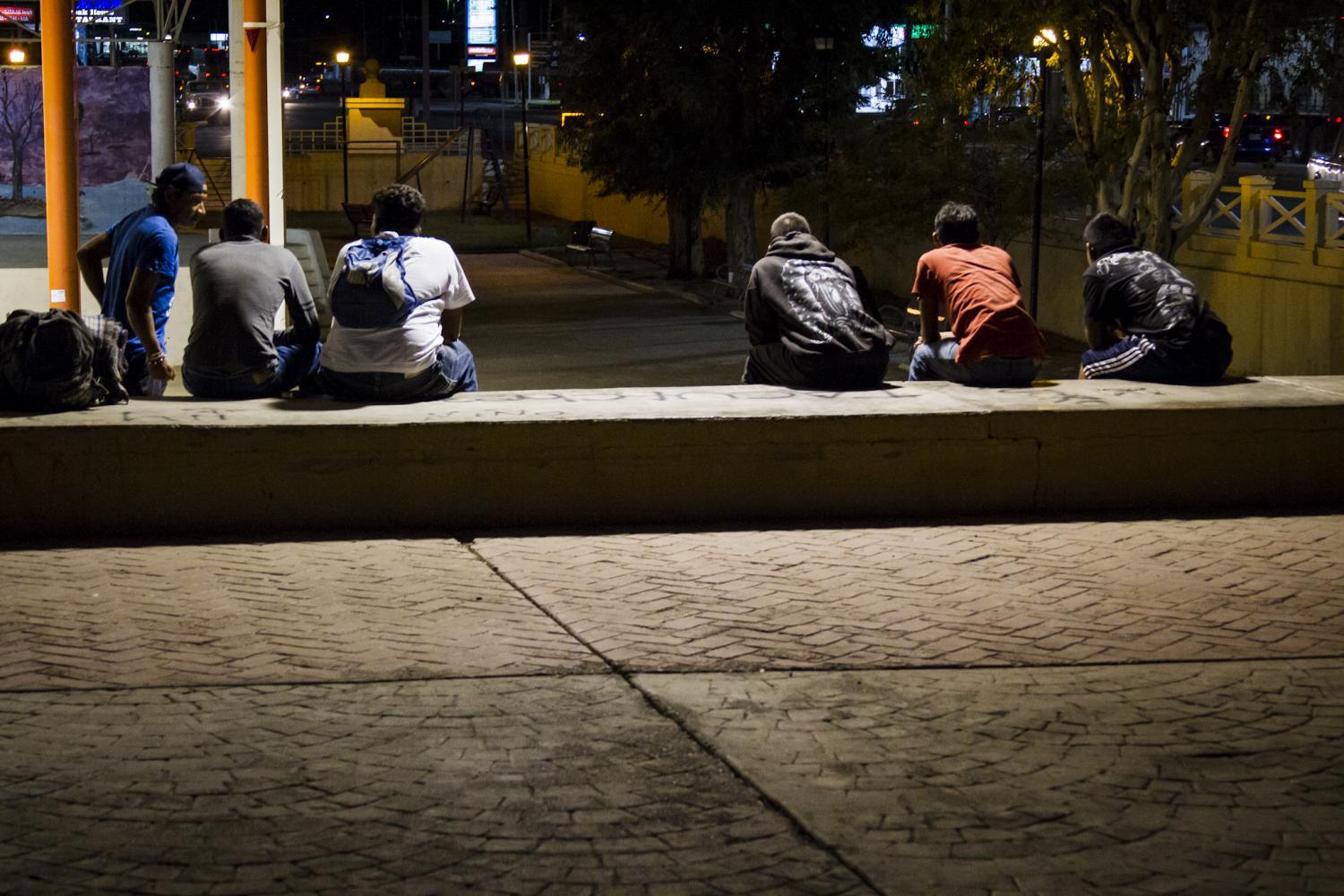 Murphy Woodhouse/KJZZ
Honduran migrants hang out in a central plaza in Sonoyta.

It’s a few hours past dark and cool in the center of Sonoyta, Sonora.

Many Arizonans know it as little more than the first Mexican city you pass through on the way to Rocky Point. But for a few groups of Central American migrants milling about the covered central plaza last week, it’s the last Mexican city on a long journey north.

“There is always conflict on the way,” Honduran migrant Harrison Ricardo Fonseca said. “Now we can see our destination up close.”

The 24-year-old mirgrant, from the capital Tegucigalpa, added that it had taken him and his two cousins five months to get to the border. Robberies and other hardship had slowed a journey that often takes about a month. Now he was seeing his destination up close.

In the desert near Sonoyta in recent months, U.S. Border Patrol agents have apprehended massive groups of migrants. Some number over 100. Most — in some cases all — have been Guatemalan men, women and children.

It’s that rise in apprehensions of so-called family units there and elsewhere along the Arizona-Mexico border that immigration officials say is overwhelming detention capacity. That’s resulting in larger releases of Central Americans to NGOs in Phoenix and Tucson recently.

But on the streets of Sonoyta, there’s little obvious sign of the sorts of migrants being apprehended in those groups. Much easier to find are other Hondurans like Fonseca.

At the Pueblo Sin Fronteras, or People Without Borders, shelter the next morning, there were dozens of men — mostly Honduran — and one Honduran woman. There were no young children. The camp is a work in progress, and the sounds of shovels, hacksaws and food preparation filled the camp. Some passed the time with card games. Meat was frying and beans were stewing over small fires. Karla Betancourt, one of the coordinators of the only shelter in town, said demand for space quickly overwhelmed the rented house that originally served as the shelter a few years back. Now it’s the migrants themselves building it on an empty lot at the dusty edge of town.

“This started with just the fence,” she said. “Tents and trailers have been added for them. The idea is to build a good place for [the migrants] to be.”

Camp resident Edwin Omar had been in Sonoyta for five days after a month-long trip from Honduras when we spoke.

“The plan was to get here and see how, I don’t know, to see what comes next,” he said. “Thinking about how to get to the United States.”

The other Hondurans interviewed also didn’t have concrete plans for how they were going to cross the border.

They were also unaware of the large group arrests of family units, and the releases of many of those apprehended. They told me that what brought them to Sonoyta was the simple fact that it’s closer than Mexicali or Tijuana. Betancourt said most of the Honduran men plan on crossing to their destinations, not getting caught.

But Border Patrol spokesman Daniel Hernandez said the large groups of Guatemalan families and others they’re apprehending are being led just across the line to wait for agents to arrest them. Many then request asylum.

“The plan was to get here and see ... what comes next”
— Edwin Omar, camp resident

“Everybody is being told that if you come to the United States through this manner you will be granted some sort of protected status,” he said.

Henry Lucero, director of Enforcement and Removal Operations at ICE’s Phoenix Office, told KJZZ that most family units detained along the Arizona border are ultimately released with ankle monitors. They are required to check in with immigration authorities while their cases are pending. That can take years. A federal court decision, known as the Flores Settlement, restricting how long immigrant minors can be held in detention is a major factor behind those releases, according to Lucero. He described the situation as a loophole.

Smuggling organizations have used the releases of parents and children to entice would-be migrants. They are also offering lower-cost smuggling arrangements that end with apprehension in the desert, not in the migrants’ destination cities.

“It is now cheaper for people to come,” Lucero said. “And they’re saying you are not going to be detained, and you’re unlikely to be deported. So if you’re coming from that country, it sounds like a good deal.”

While asylum approval rates are ultimately low and work permits aren’t issued while cases are pending, Lucero said the draw has been powerful. Family unit apprehensions in the Tucson Sector are at their highest in over five years, as are such apprehensions across the southwestern border, according to Customs and Border Protection data.

The Guatemalan Consulate in Tucson did not respond to an interview request by deadline. 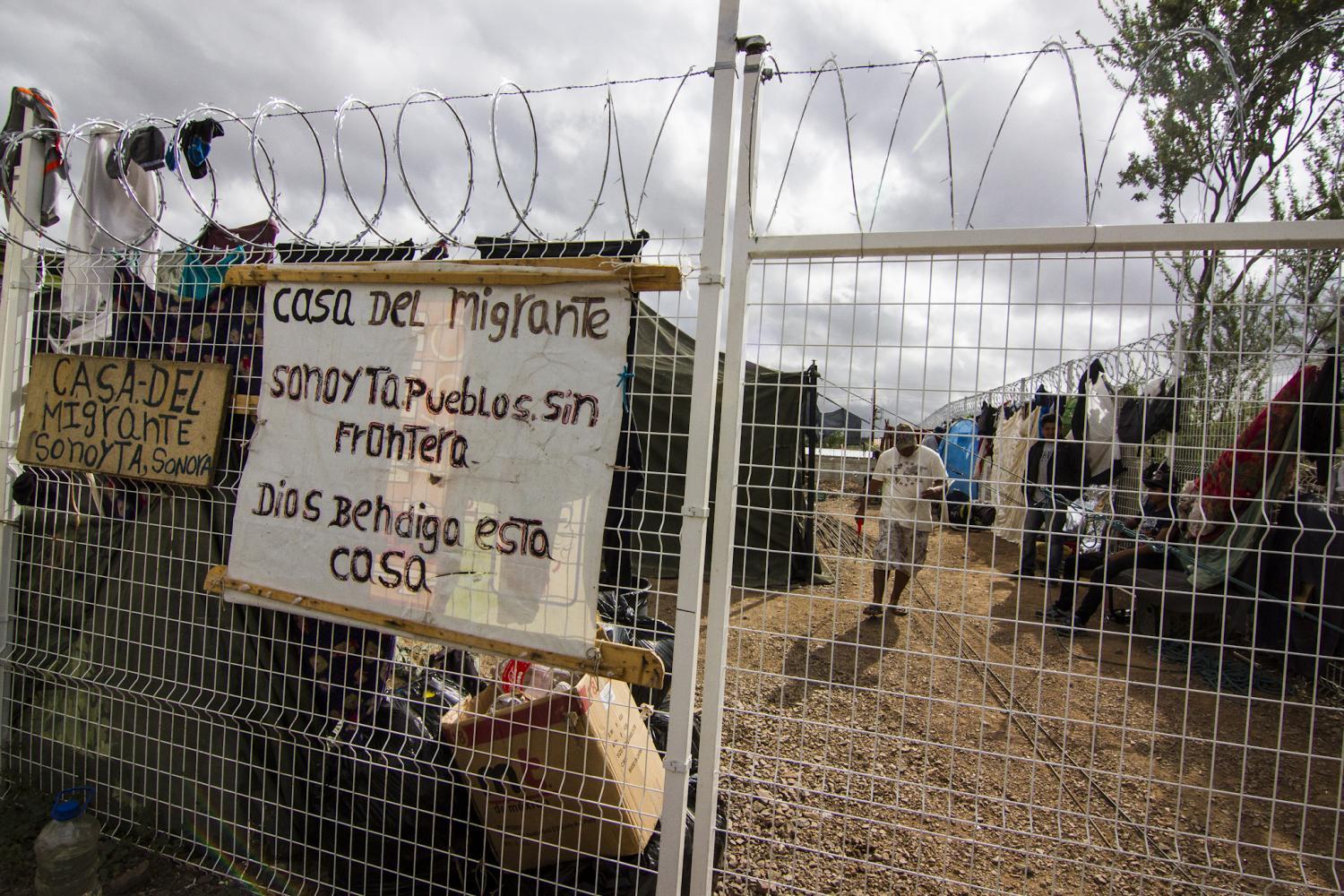 Murphy Woodhouse/KJZZ
The Pueblo Sin Fronteras migrant shelter is the only one in Sonoyta.

‘Everyone Has A Goal’

Hernandez said he was unsurprised to hear that the migrant families were difficult to find in Sonoyta, saying that smugglers have set up a sophisticated infrastructure for those who have paid the steep fees.

As for the Hondurans who said they planned on trying to cross solo, Hernandez says it’s nearly impossible without help. Most adult males will use a foot guide.

“The area between Ajo and Tucson is about the size of New Jersey,” he added.

Nevertheless, that’s exactly what Fonseca and his cousins said they were planning on doing. He said they were aware of the dangers of crossing Mexico, as well as tougher immigration policies under the Trump administration.

“We came anyway,” he said. “Everyone has a goal to complete in life. This is ours, getting to the United States.”