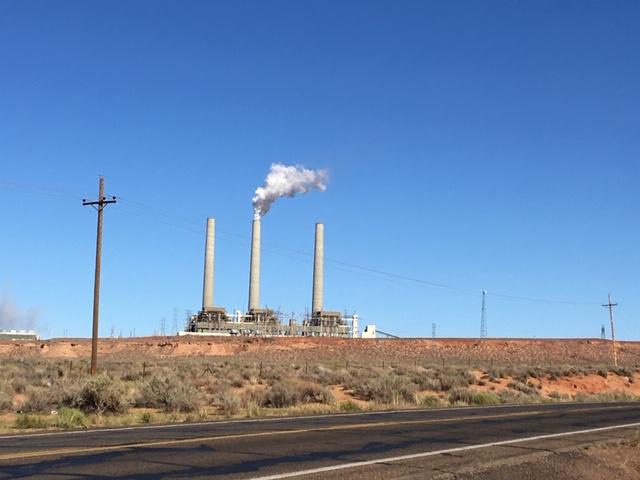 Laurel Morales/KJZZ
SRP announced last year they planned to shut down the 2,250-megawatt plant ahead of schedule, because producing electricity from natural gas is so much cheaper and cleaner than coal.

From the LeChee Chapter House just south of Page, three smokestacks poke through the horizon like a pitchfork. They belong to the west's largest coal-fired power plant. Behind it, red sandstone mesas tower over the glimmering Lake Powell.

Jerry Williams is the president of the LeChee Chapter and he's worked for the Navajo Generating Station for 38 years. Two weeks ago, he had to make a tough decision — stay with the plant or accept a redeployment down in the valley.

"I thought that I'd be the last one to turn that switch off and say 'hey, we're done,' but it didn't turn out that way," Williams said. 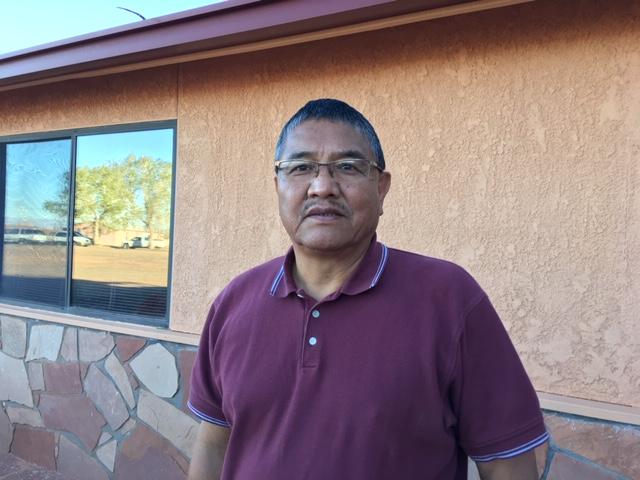 Laurel Morales/KJZZ
Jerry Williams is president of the LeChee Chapter and has worked for NGS for 38 years.

Williams chose to take a job at a natural gas facility owned by Salt River Project, the utility that operates the Navajo Generating Station.

"I'm short of retirement," Williams said. "I'm 58 years old. If I was going to retire next year, not being 65, we get penalized for every year that you retire early."

Williams said his wife refuses to go to Phoenix. So he plans to drive back and forth on the weekends to LeChee.

SRP announced last year they planned to shut down the 2,250-megawatt plant ahead of schedule, because producing electricity from natural gas is so much cheaper and cleaner than coal. Navajo leaders are scrambling to find a new owner for the Navajo Generating Station. The Hopi have asked the federal government to buy electricity from the plant to avoid a shutdown. For four decades both tribes have relied heavily on the coal industry.

No other job on the Navajo Nation pays as well as the Navajo Generating Station. The revenue, taxes and royalties from coal make up about a third of the Navajo operating budget and most of the Hopi budget.

Even so, many of its employees aren't waiting for a new owner. About half of the plant's 500 employees have taken a new job with SRP down in the Valley. And more may follow.

"A few people I know, they turned their offers down," Williams said. "A couple of them I know are close to retirement. And some of them, they have families, they have kids here in the school system and some of them have property they bought here."

So they will settle for minimum wage jobs or live off the land like their ancestors have done. 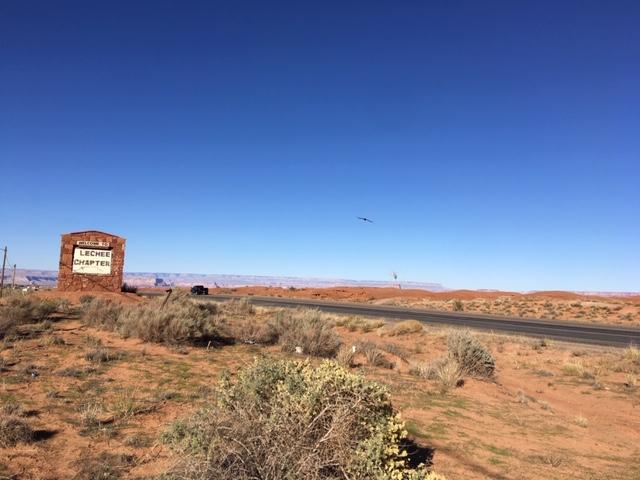 Laurel Morales/KJZZ
Many people who work for the Navajo Generating Station live in the LeChee Chapter of the Navajo Nation.

"There's no comparison," said Sean Tee, from his new apartment in Mesa. SRP relocated him to a natural gas plant there a few months ago. "The job that NGS provided was you could live beyond your means. I was able to provide a pretty good life for my siblings." 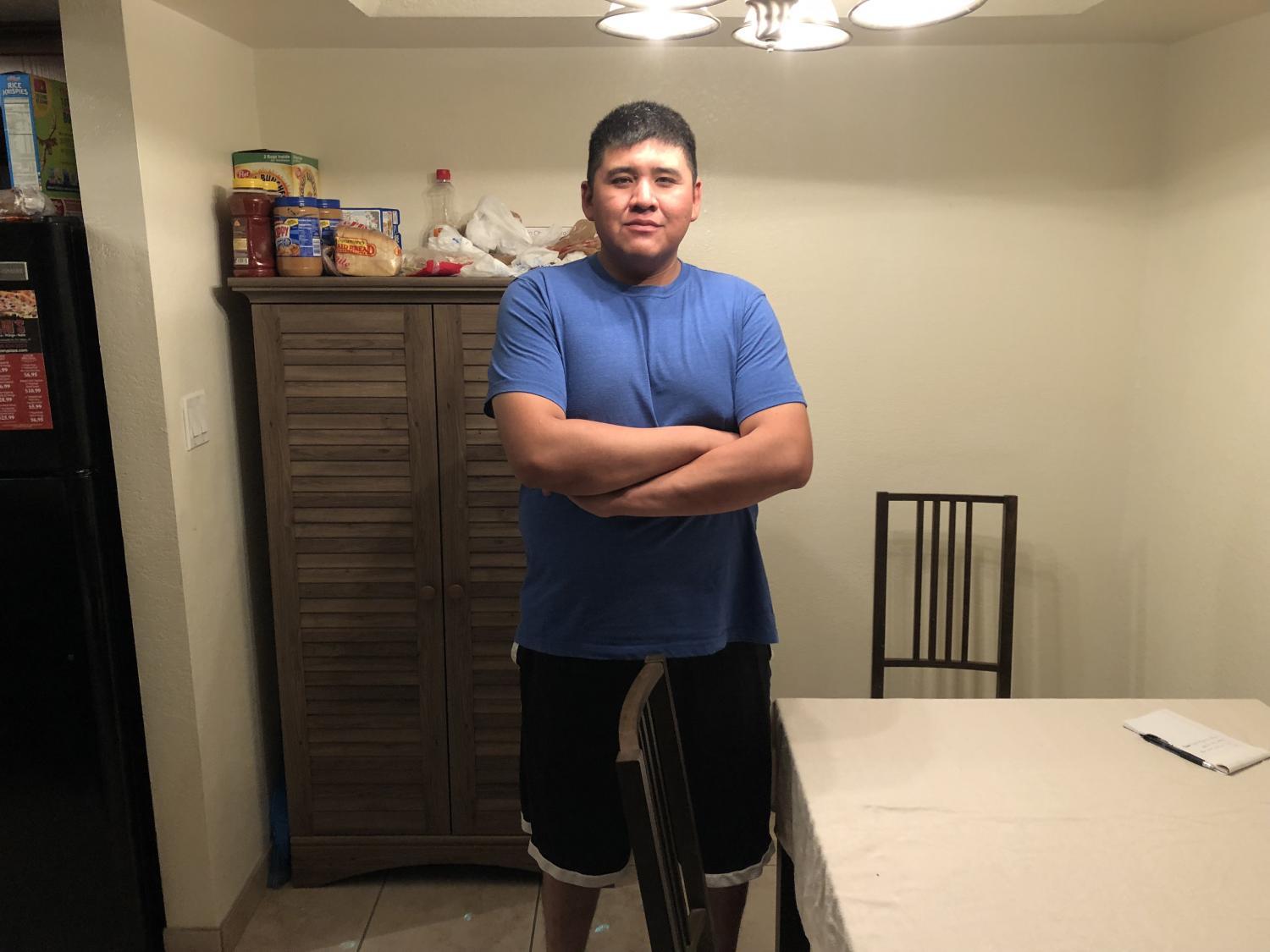 And Tee still sends money back home. He misses his family and animals in Tuba City.

"I like the rural life, where there's a still a dirt road and there's less noise, less traffic, less people," Tee said. "I had a few ropin' steers, four horses. We always had sheep but the sheep didn't last that long because we'd eat them."

Tee would like to go back home someday. Jonathan Miller, on the other hand, says he's tried making the Navajo Nation home.

Elders often tell young Navajos to go ahead and leave the reservation; go to school or learn a skill — but bring that knowledge back to your people.

Before working for the plant, Miller ran the Boys and Girls club in LeChee.

"That was my mentality," Miller said. "You come home and you see a social unfunctional society. It's basically because of the breakdown of the family." 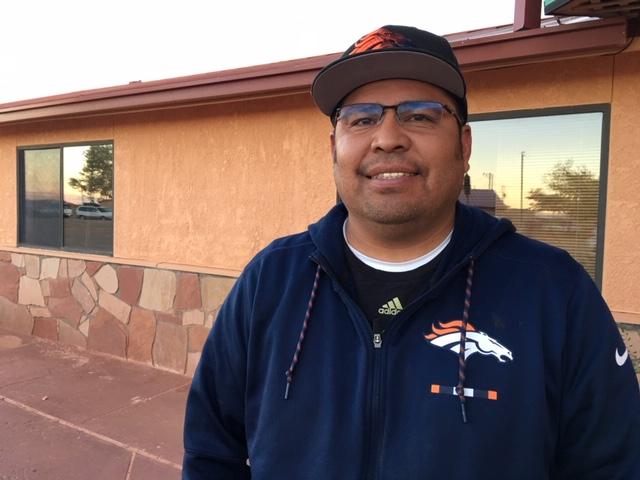 Laurel Morales/KJZZ
Jonathan Miller left the Navajo Nation to go to school. When he came back he worked for the tribe, then NGS. He says he topped out at the tribe with a third of what he makes at NGS.

Miller says on top of that is the Navajo Nation's economic struggles. Half of the tribe is unemployed. And few young people want to farm anymore.

"If you look at the economic condition of the reservation the only thing that holds this nation together is our natural resources," Miller said. "Other than that, we are a nation of supplement income from the U.S. government or state of Arizona. We are just a social program nation that's run by grant money."

So when SRP hands Miller his redeployment offer, he says he will take it and go.

SRP officials say if no one is willing to buy the coal plant, operators will shutdown the Navajo Generating Station in December 2019 and the remaining workers will have to move on.