In Mexico, A Controversial Plan To Move As Many As 2.7 Million Government Workers 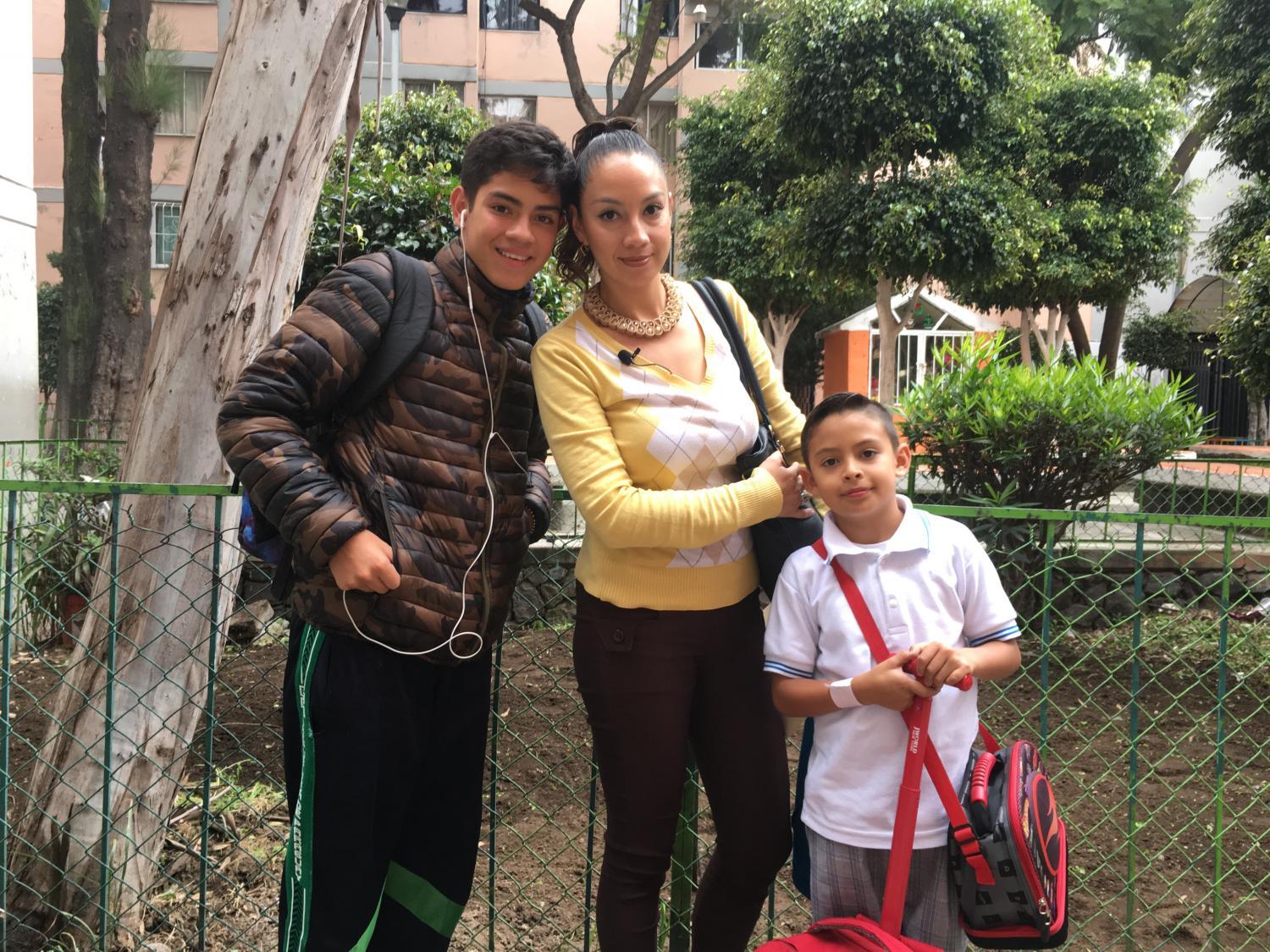 Jorge Valencia/KJZZ
Karen Viridiana Rodriguez with her sons, Yael and Donovan. Rodriguez is an office manager in Mexico’s culture ministry, one of more than dozen federal agencies that could be relocated under a plan to decentralize the country’s government.

Karen Viridiana Rodriguez, on most days, dashes out of her office near downtown Mexico City, speed walks two blocks to a bus station and begins a commute that takes her on two buses, a short walk, and a taxi ride.

Rodriguez, an office manager in Mexico’s Culture Ministry, rushes out at 3 p.m., avoiding the crush of rush hour by about half an hour, she said. And yet her commute typically lasts her 90 minutes, a daily slog that is a part of life for many in Mexico City’s metropolitan area of 21 million people.

Mexico’s incoming president has a controversial plan to reduce the capital’s big city problems — traffic, pollution, even water shortages — and stimulate the economy in smaller cities by moving federal government offices out of the capital. By one estimate, the move could eventually relocate as many as 2.7 million people.

Under the plan, Rodriguez’s office could be among the first to go. And she’s not excited. First of all, she said, she already knows where she wants to send her kids for middle school and high school. Plus, the rest of her family is in the Mexico City area.

“It would change everything,” she said during her commute on a recent afternoon.

President-elect Andres Manuel Lopez Obrador wants to move more than a dozen government agencies out of Mexico City. The agriculture ministry would end up just a few hours south of the Arizona border, and the treasury on the California border.

For real estate developers and managers, this would be good for business, said Alejandro Kuri, president of Mexico’s National Association of Realtors. Kuri has met with Lopez Obrador’s expected Culture Secretary Alejandra Frausto to discuss how the private sector can meet the needs of workers, he said.

But would it be positive for Mexico City itself?

“This is a difficult question because we don't know exactly which could be the plan,” said Dolores Franco, president of the Mexican Association of Urban Planners.

Lopez Obrador will take office Dec. 1, but Franco said she already has reservations about whether the plan would be effective in reducing traffic and pollution in the capital, and whether small cities would be able to provide services for the incoming population.

"They say we are so rude,” said Franco, a Mexico City native, “But we are not like that."

So for Rodriguez, living in a big city means a 90-minute commute to work, and that's before taking her sons to the dentist and then helping them with homework.