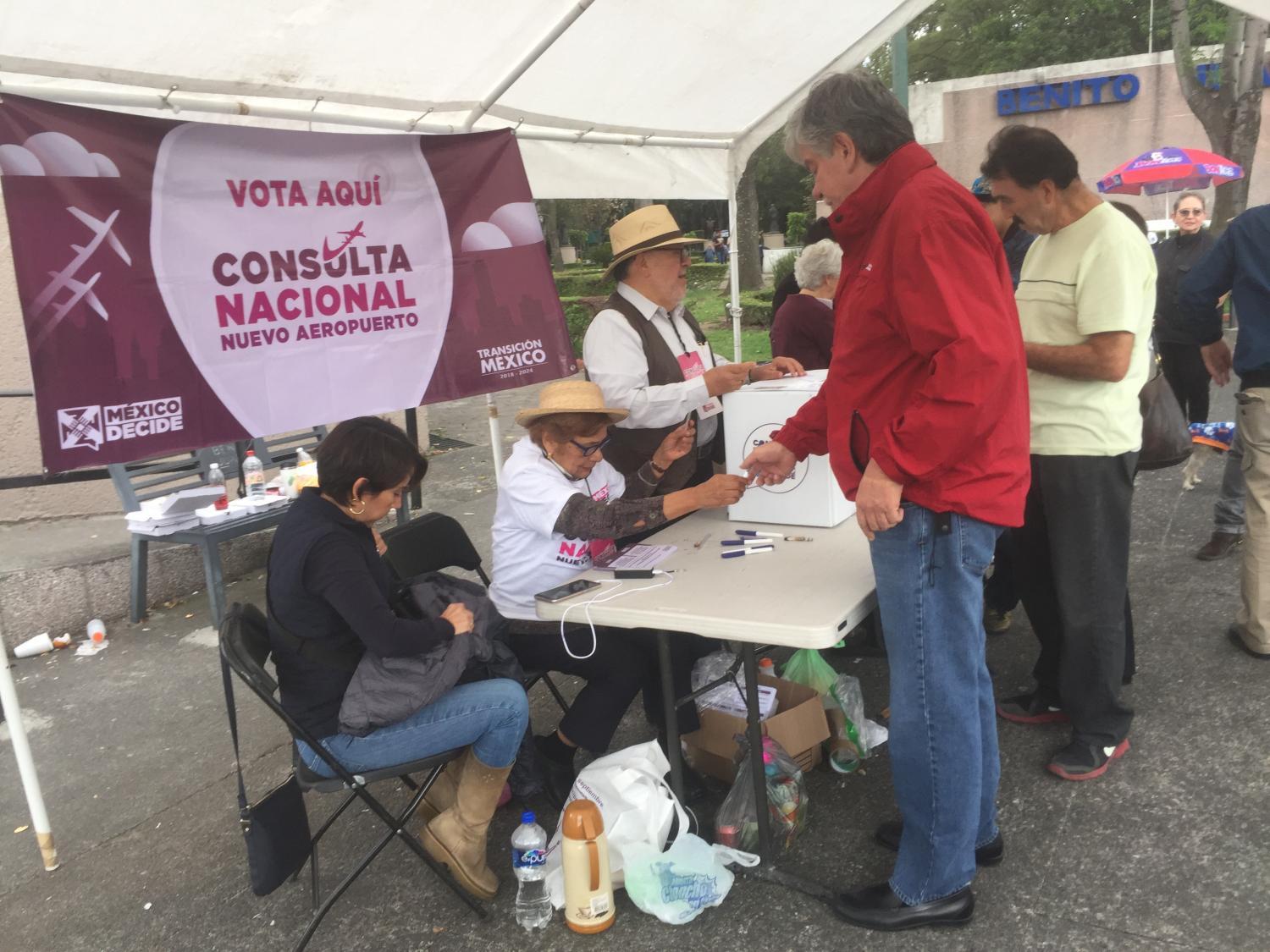 Rodrigo Cervantes/KJZZ
A voting tent for the airport referendum in Mexico City.

MEXICO CITY — Last week, Mexico considered a referendum to decide whether construction on a new international airport in Mexico City would continue.

The referendum was called for by Mexico’s president-elect, but only about 1 million people (about 1.2 percent of the registered voters) participated.

According to the official results, the majority — nearly 70 percent of the voters — opted for the president-elect’s alternative of improving three airports, one of which is a repurposed Air Force base.

But the voting process was tainted by controversy after citizens and several media, including KJZZ, discovered that it was possible to vote several times.

Organizers of the referendum, including the independent consulting firm hired for the referendum and president-elect Andrés Manuel López Obrador (AMLO) himself, argued that the margin of error is minimum.

“The new project was conceived to help the rich get richer, ignoring the poor and  environmental problems,” said Seferino Aguirre, a supporter of AMLO who voted against the new airport.

López Obrador stated that he will follow the “rational, efficient and democratic choice of the people," while promising to respect investors and companies involved in the construction of the new airport.

But those in favor of the new airport are concerned about the negative impact of the referendum in Mexico’s economy in the short and long term, as well as on the implications it will have to improve three old airports instead of building a newer and bigger terminal.

As soon as the result was announced, the Mexican peso weakened.