Concerns After New Airport In Mexico City Gets Canceled 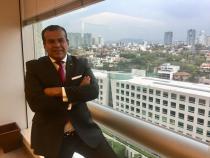 MEXICO CITY — In Mexico, a referendum called by president-elect Andrés Manuel López Obrador has halted construction of a partially built new airport in Mexico City. Instead, three airports will be renovated and repurposed, as the incoming president preferred.

Business leaders fear the impact the decision might have on the economy — and on the commercial relationships with other countries, including the United States. After the announcement of the cancellation Monday, the Mexican stock market fell, and the peso weakened. Business leaders called it “a big mistake.”

If you contract with the government and the government changes the rules halfway, the worst that can happen to the country is uncertainty,” said Sergio Barajas, president of the Mexican Institute of Foreign Trade Executives (IMECE).

“What this decision generates is closing certain doors that should not be closed and, above all, it takes a lot of effort to open them again,” Barajas said. “The price that must be paid for making the decision can be very expensive”.

Analysts say that trade procedures with other countries were expected to improve with the new airport, but the alternative might bring delays and more costs.

Airlines — and passengers — might also have to pay more. On a letter to the elected president, the U.S.-based association Airlines for America stated that Mexico could lose around 20 million visitors without the new airport.