Q&AZ: What Happens To Items Placed In Phoenix Recycling Bins? 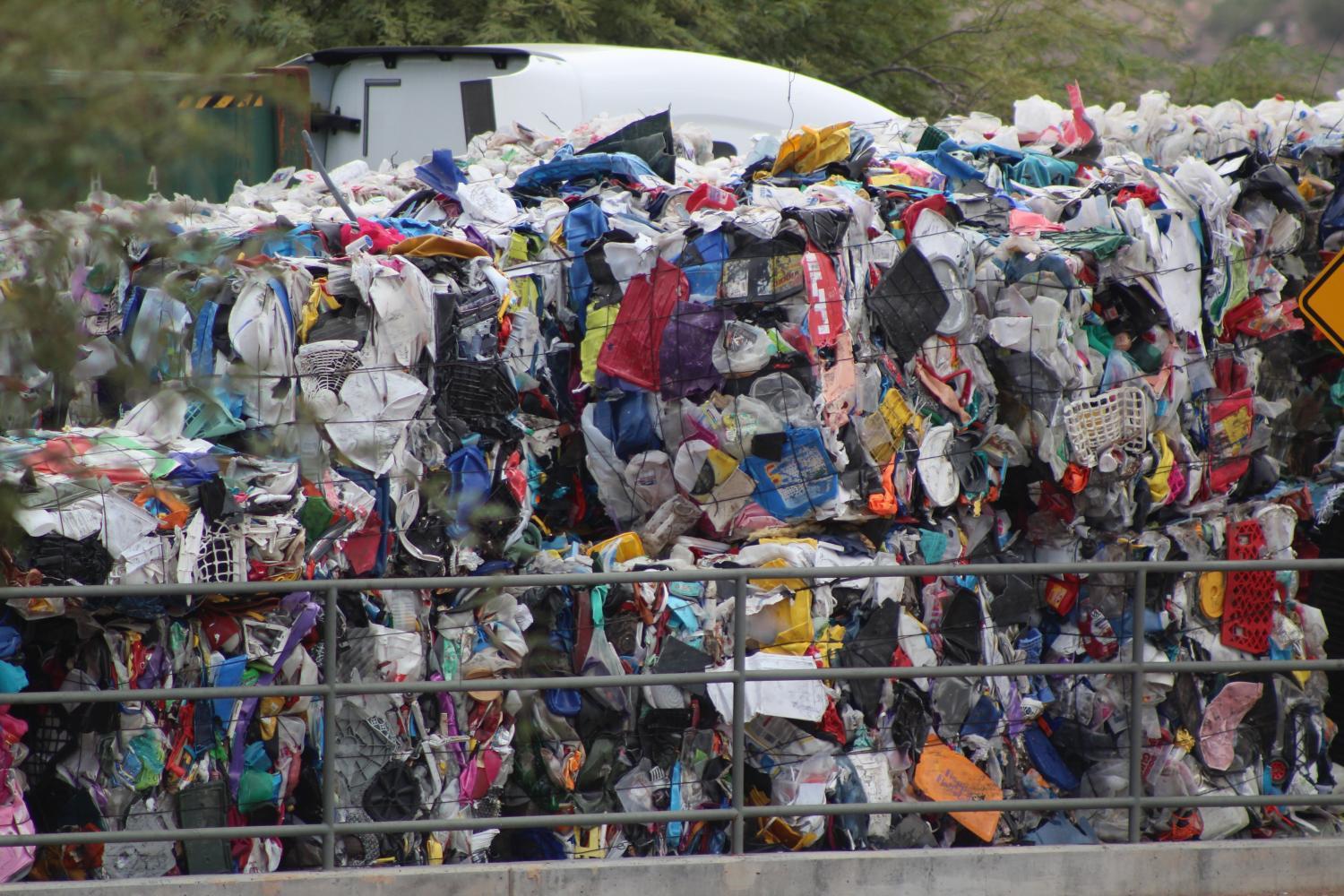 Bridget Dowd/KJZZ
The sorted materials are sold to outside companies, pressed into blocks and shipped off to be re-purposed.

So, you’ve finished a can of soda, a bottle of wine or maybe a box of cereal. You toss it in the recycling bin and put it outside to get picked up. But what happens to your recyclables once they leave the house? Gayla Wigal Robinson wanted to know, and KJZZ investigated as part of the Q&AZ reporting project.

First, those materials are taken to one of two transfer stations. Phoenix Zero Waste Coordinator Lucas Mariacher said once they arrive, the items are sorted first by humans.

“[The conveyor belts] are moving very quick,” Mariacher said. “They don’t have a couple seconds to make a decision. They have a split second.”

After contaminants are pulled off the line, they’re off to be sorted by automated machines. There are different sorting streams for each kind of material — glass, paper, plastics, and metals.

There are two types of plastic. The first is called polyethylene terephthalate or PET, like a water bottle or some take out containers. Then there’s high-density polyethylene or HDPE, like a laundry detergent container or milk jug.

“[There’s also] soft plastic or film plastic,” Mariacher  said. “That’s like your grocery bags, your bubble wrap, your shrink wrap- that’s not recyclable. That actually causes these facilities to shut down because a lot of that stuff gets wrapped around our equipment.” 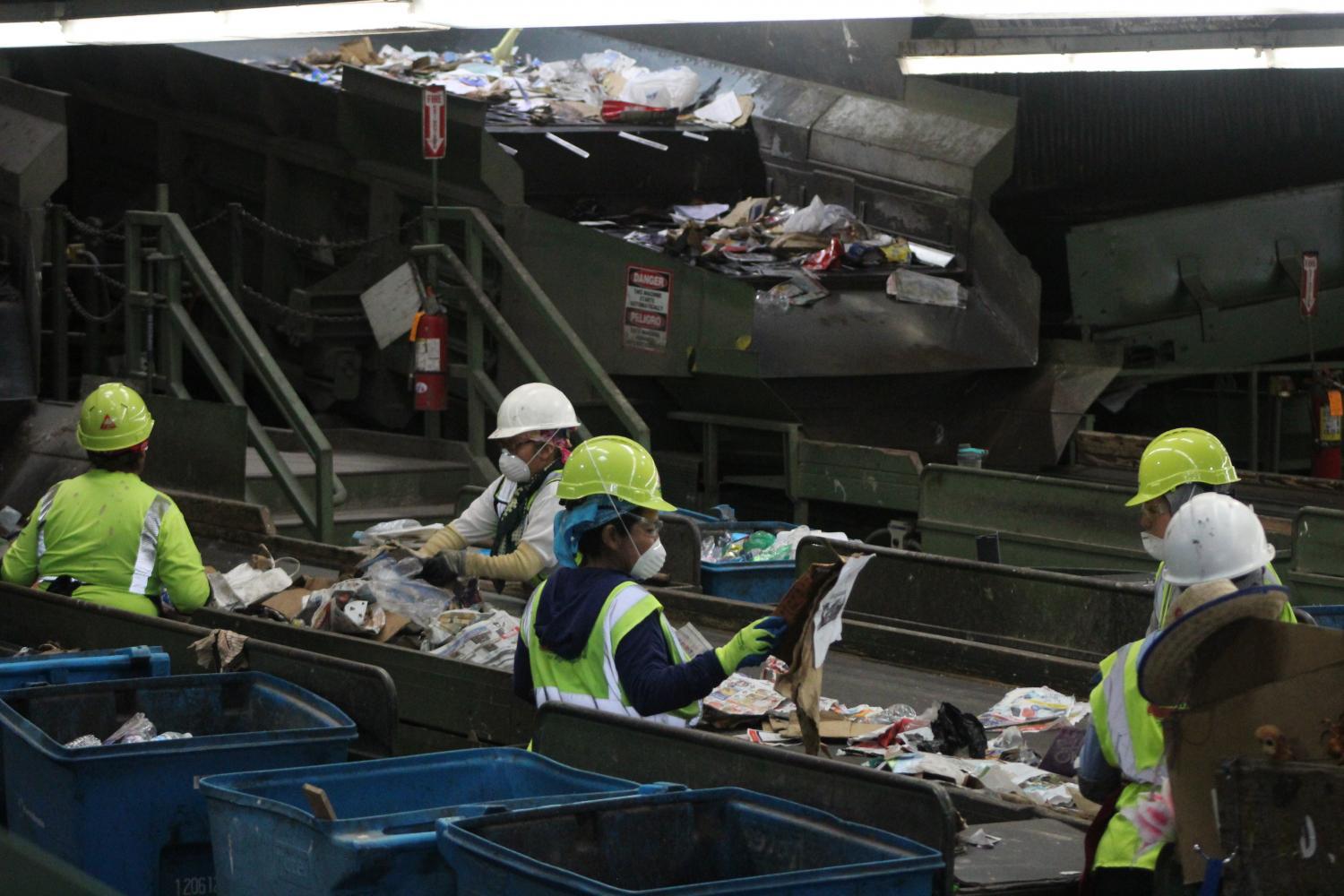 The machines that sort those materials are fairly complicated. Plastics are separated using lasers while metal sorting machines use large magnets.

“For example, the disk screen is a metal axel that spins really really fast with rubber stars on it,”  Mariacher said. “All the cardboard kind of rides over the top like a wave and all the small stuff kind of falls through the cracks and that gets separated differently.”

The sorted materials are sold to outside companies, pressed into blocks and shipped off to be repurposed. PET plastic gets cleaned and turned into plastic pellets. It’s then sold to other manufacturers to be melted down into new plastic. Glass can be turned back into bottles, but it is often turned into glass beads that are spread onto pavement.

“So if you’re ever driving on the highway at night and you see reflectors that’s actually recycled glass beads,” Mariacher said.

While paper can only be recycled about six or seven times, aluminum cans are infinitely recyclable. Those cans can be picked up from your home and put back on the shelves in less than 30 days.

“We try to dispel the misconception that [trash and recycling] all goes to the same place,” Mariacher said. “The reality is that it all comes to a transfer station, both the trash and recycling, but the recycling hits the recycle floor, which is completely different process. The trash goes into a different side.”

For more information on the dos and don’ts of recycling, visit the Zero Waste website. The City of Phoenix also offers tours for those who are interested in seeing the process first hand.