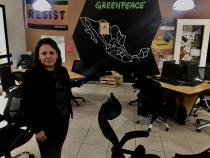 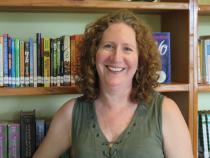 MEXICO CITY — Last weekend, a referendum was called for by Mexico’s president-elect to determine the fate of 10 projects; among them, the construction of a train in the Mayan forests and a refinery in the Gulf of Mexico.

About 1 million Mexicans participated in the referendum, and 90 percent supported all of the initiatives. Voters favored the projects, but many fear a negative impact from them.

Some of the projects left environmentalists and indigenous groups concerned, especially the construction of an oil refinery in the state of Tabasco, the home state of President-elect Andrés Manuel López Obrador, and a tourist train across Mayan towns and archaeological sites in the Mexican Southeast.

“We believe that the new Mexican administration is moving backwards, as it legitimizes projects before first evaluating the environmental and social impacts,” said Aleira Lara, the director of campaigns for Greenpeace Mexico.

Lara said the refinery project goes against international environmental agreements and will not help Mexico to comply with the goals. Local laws also call for impact studies before launching projects, but none of this has been done.

“Why build more refineries if we know the environmental impact they can have?,” said Lara.

Lara said Greenpeace will also monitor the development of the tourist train, since the project could bring severe damages to the Mayan rainforests. The project, said Lara, also needs to follow the national laws that state that the affected autonomous indigenous communities should be consulted first.

"We welcome the decision to make a broad consultation with the population, but first the Mayan communities had to be consulted first,” Lara said.

The National Indigenous Council also rejects the projects, arguing they haven’t been consulted yet, and that the train will only bring more looting in Mayan communities.

But supporters say the train and the refinery will bring prosperity and growth. Among them is Catherine Gray, a dual citizen born in the U.S. and living in the town of Felipe Carrillo Puerto in the Mayan area.

“It was a difficult decision… so I started doing research to make sure that the environmental impacts will be minimal, and really hoping that the new president will re invest the money back in the communities,” Gray explained.

The director of a language school in Carrillo Puerto said the refinery could reduce Mexico’s reliance on American oil, while the train could allow the locals to see more of their culture.

“Where I am, 70 percent is poverty, so many people can't get out. Hopefully, people will get on the map,” Gray said

Gray said she hopes the new government keeps its promises and takes the gains to the local impoverished communities. The tourist developments at the Mayan Riviera haven’t helped the Mayans, but the train might do so, she said.

“I'm hoping that the government will disperse the money as they promised they will, for infrastructure for schools or for medical care,” Gray said.