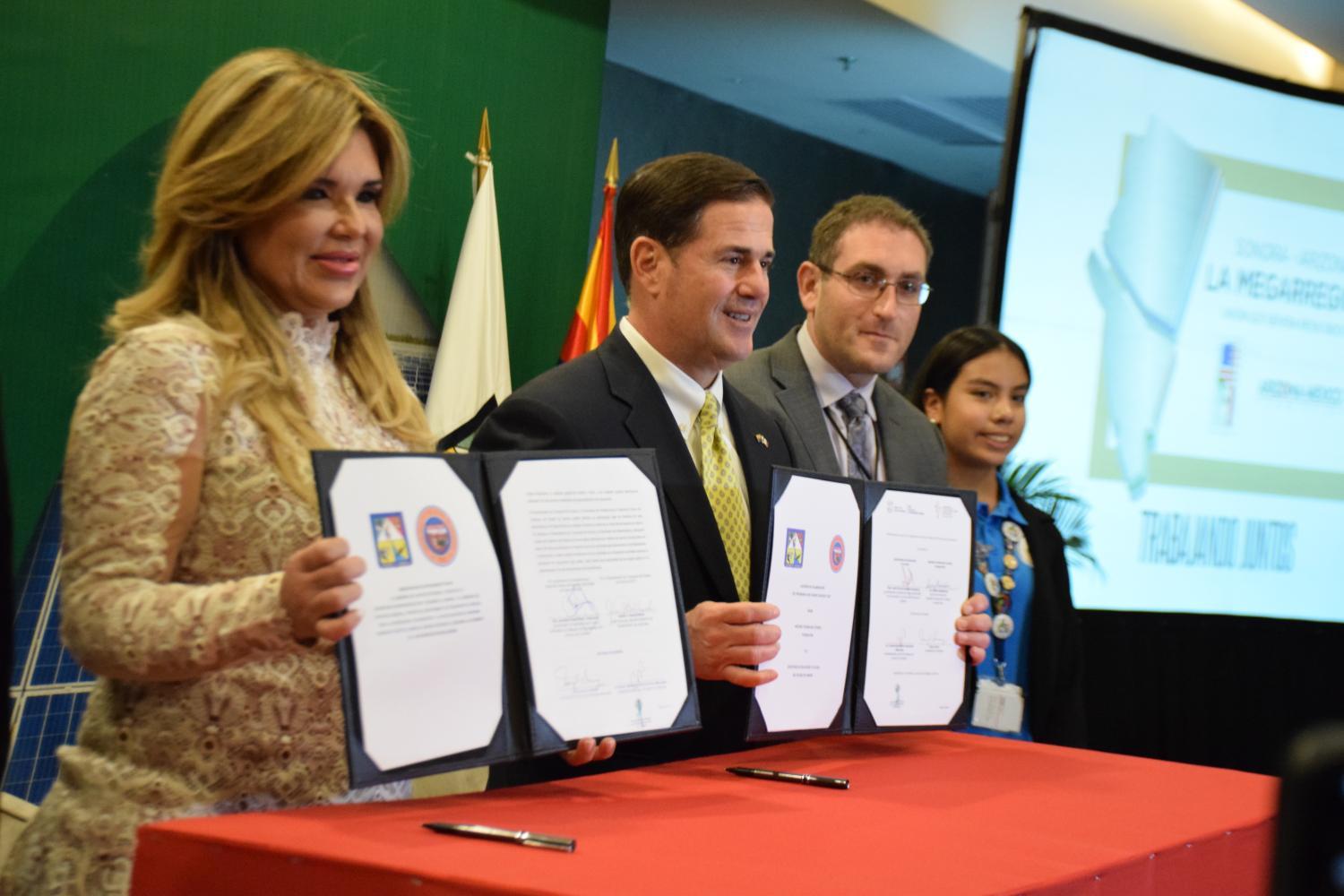 Sonoran Gov. Claudia Pavlovich and Arizona’s Doug Ducey signed the agreement during the culminating session of the Arizona-Mexico Commission’s annual meeting in Hermosillo.

“The last memorandum will focus on empowering the next generation — our youth — with more opportunities in the fields of science, technology, engineering and math,” Ducey said.

The Chief Science Officers program brings together peer-elected middle and high school students from Arizona and Sonora to learn about science, technology, engineering and math — known as STEM fields. Then they take what they learned back to their schools

“For me the important thing about being a CSO is that I have the opportunity to change the things around me, that I have a voice, that I can be really listened to,” said Andrea Acuña Quiroz a 16-year-old from Chief Science Officer from Hermosillo.

She participated in the program this year and is implementing a recycling program and engineering fair at her school, she said. And seeing the governors’ support the program shows how important it is to let young people be leaders, she added.

During the meeting Friday, Ducey and Pavlovich also signed new MOUs for coordinated cross-border emergency service and to establish a commercial safety corridor from Nogales to Guaymas. 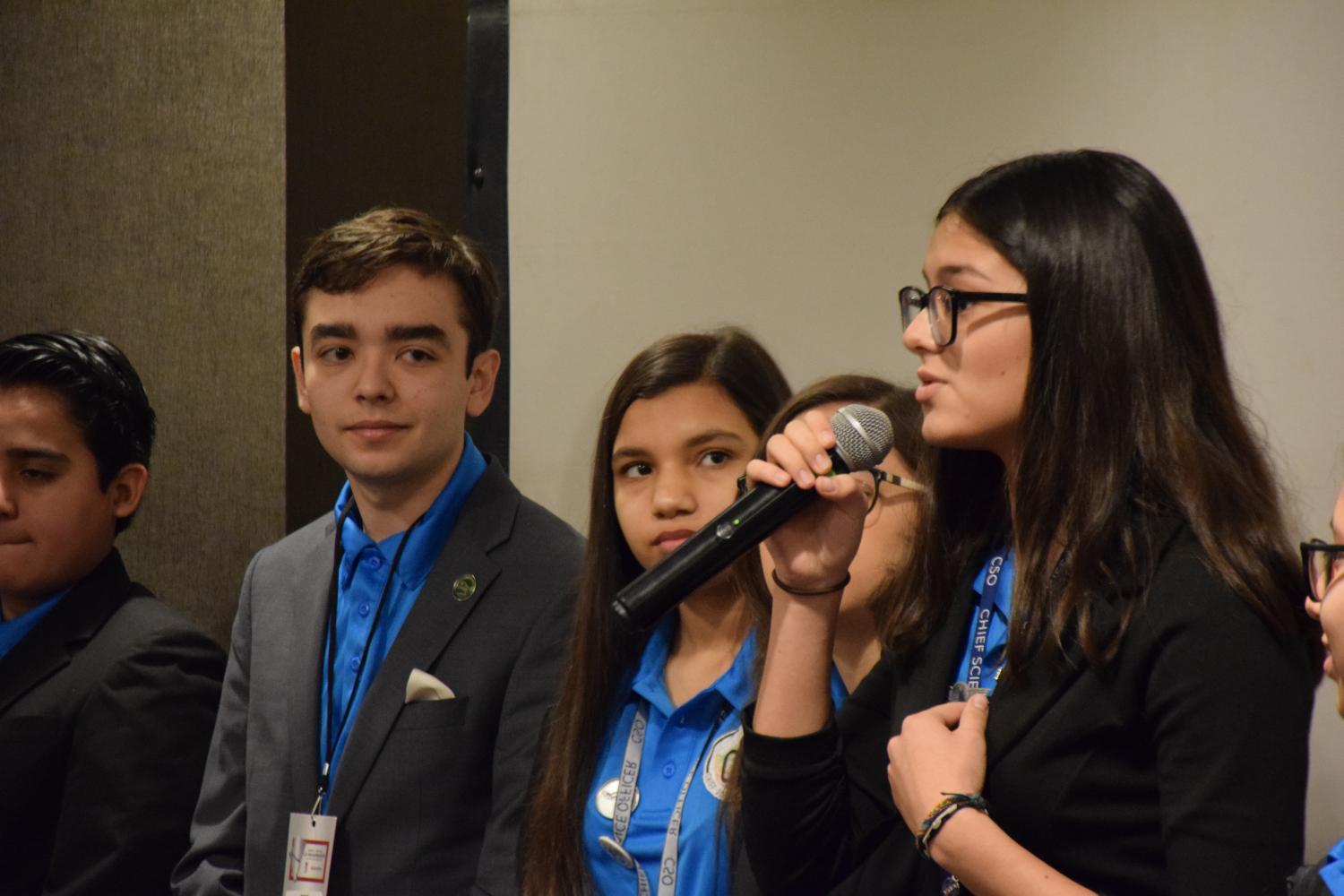 Kendal Blust/KJZZ
Andrea Acuña Quiroz talks about being in the Chief Science Officer program at the Arizona-Mexico Commission meeting. 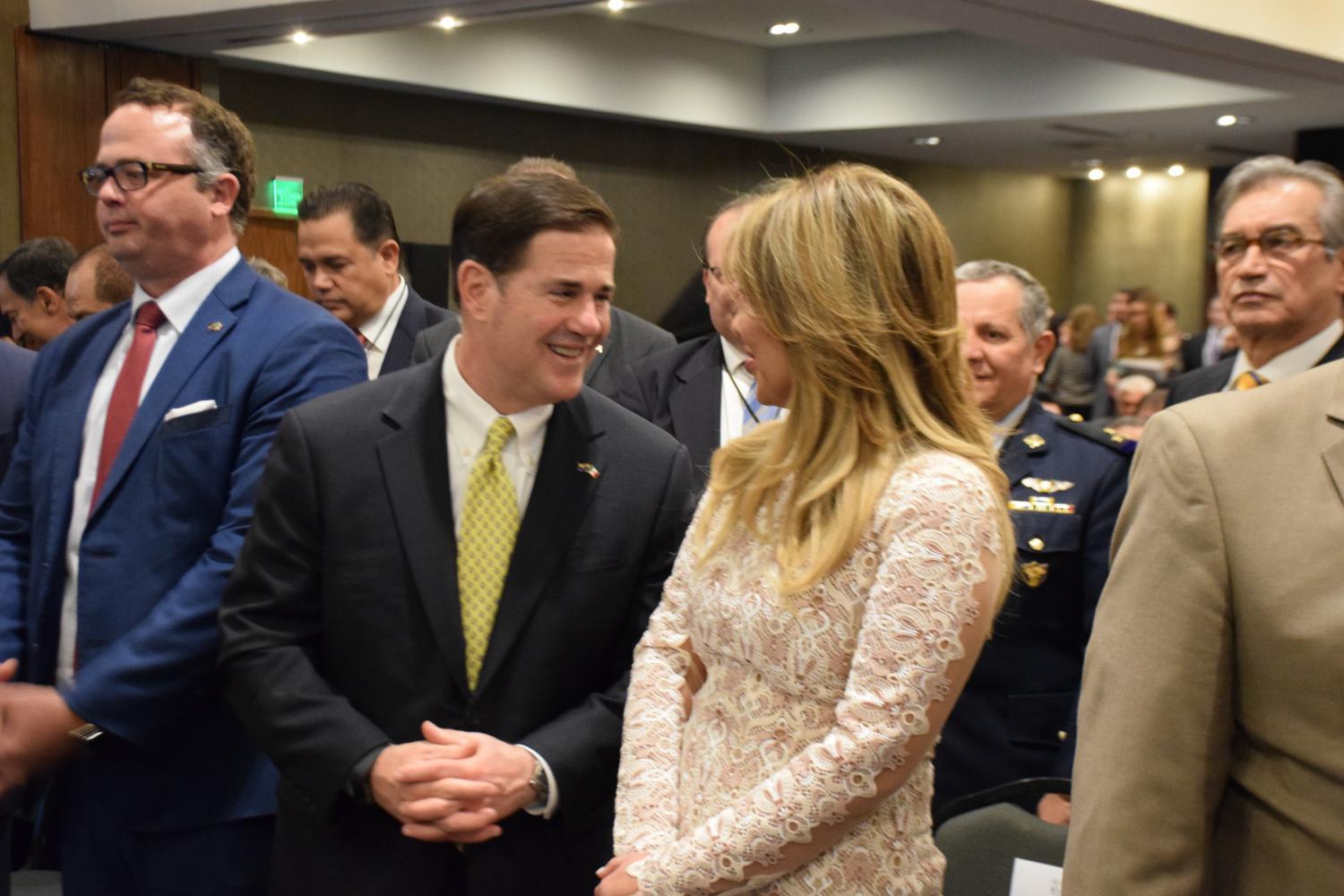 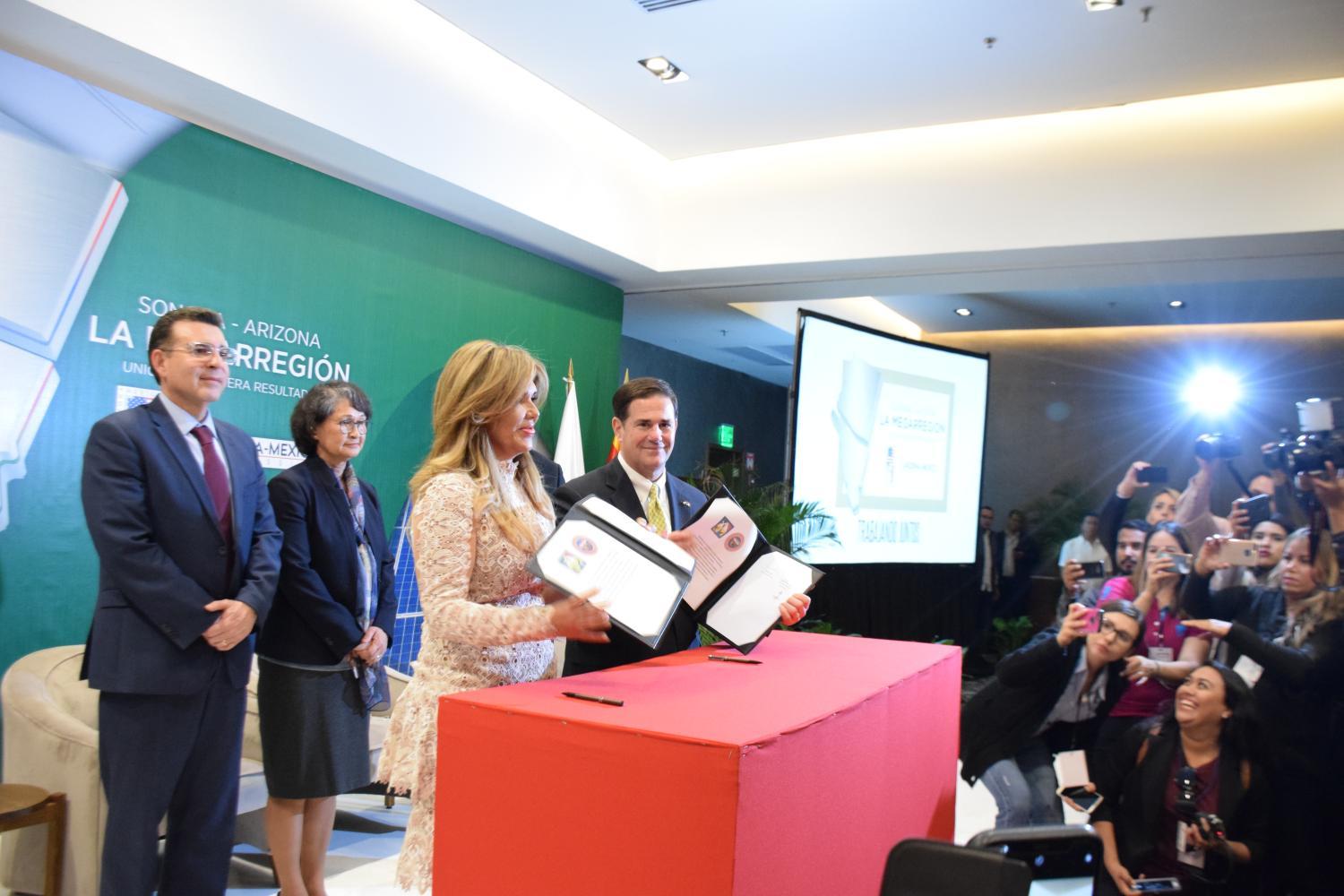 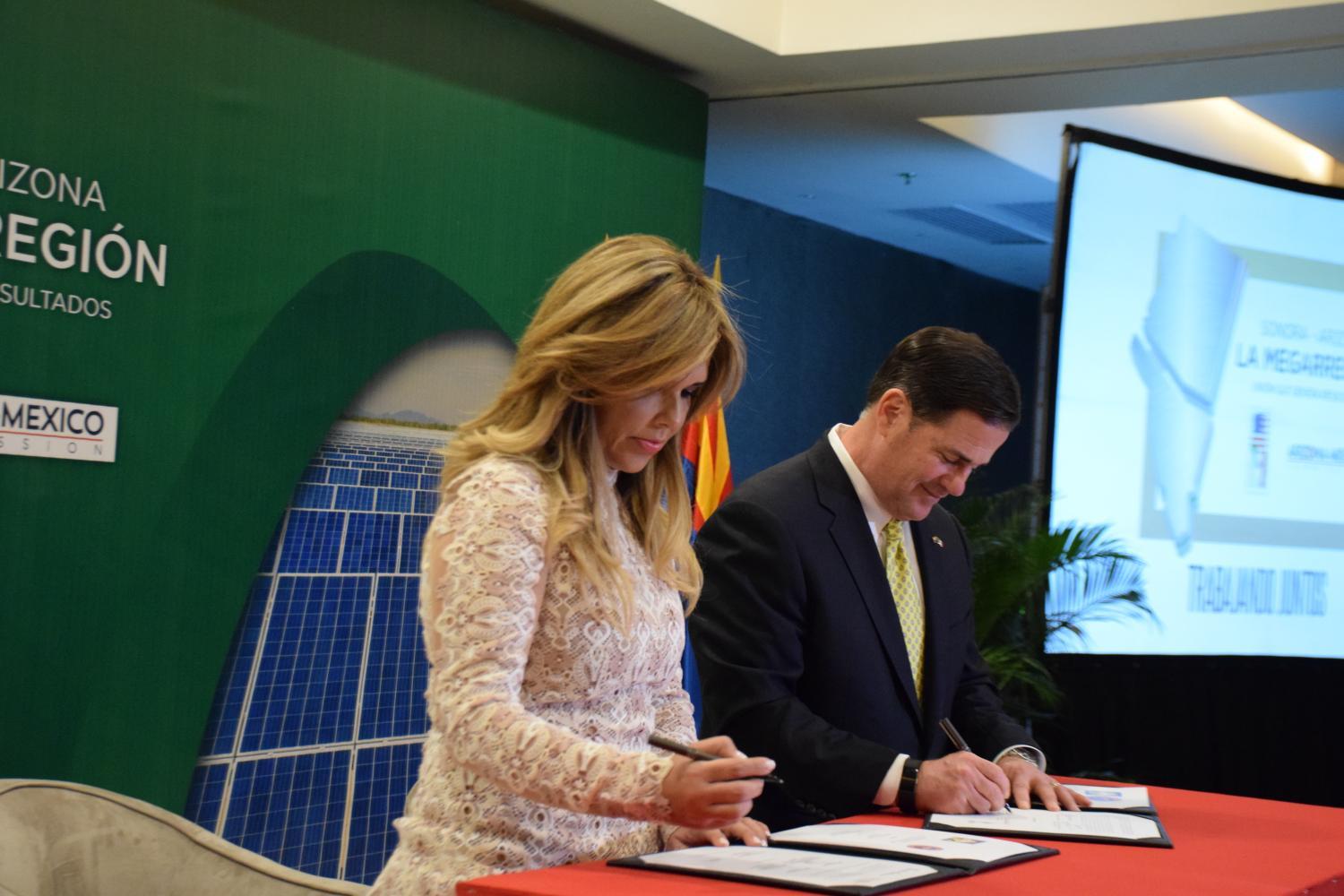 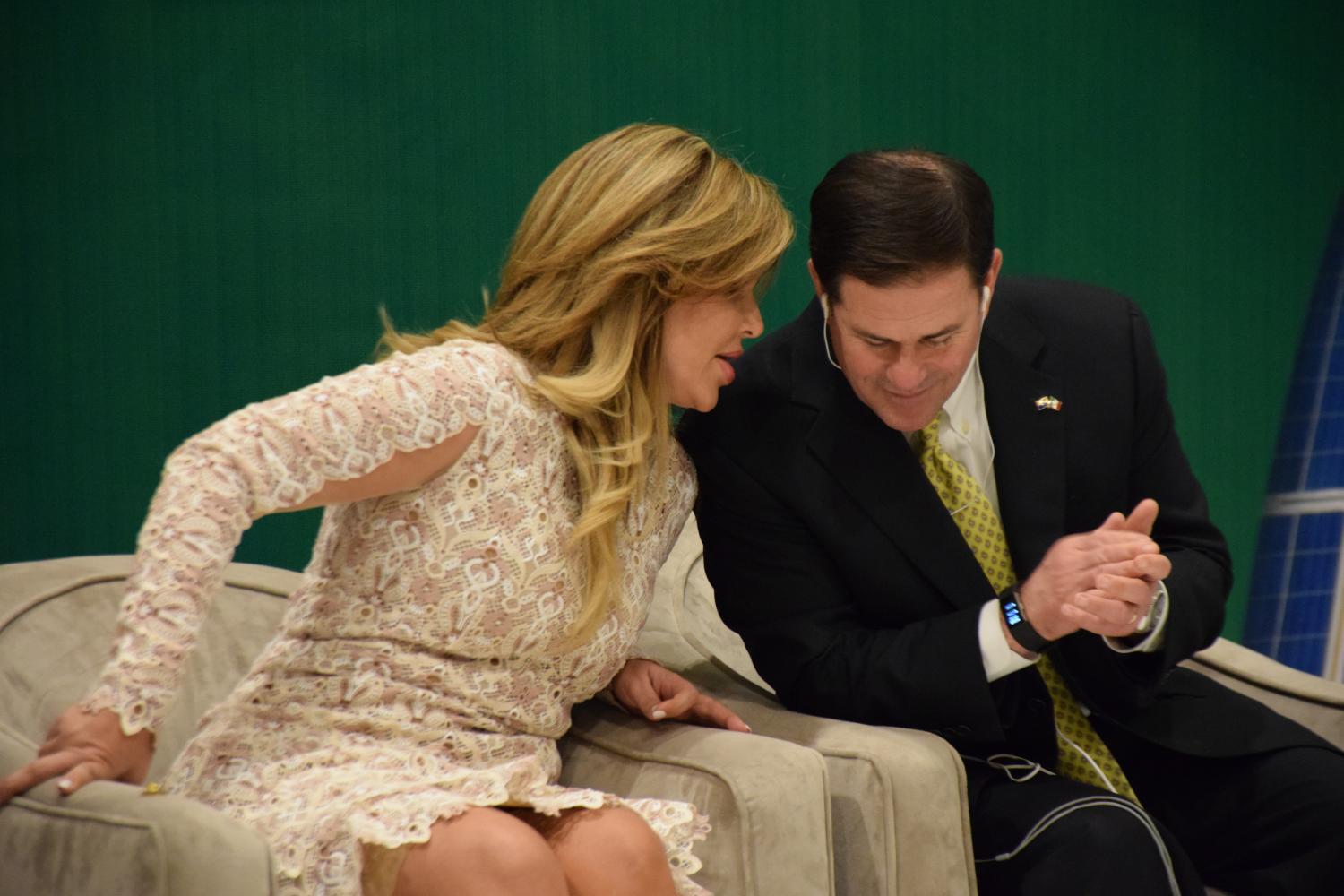