The Mexican Police Force That Helps Stop Migrants From Reaching The U.S. 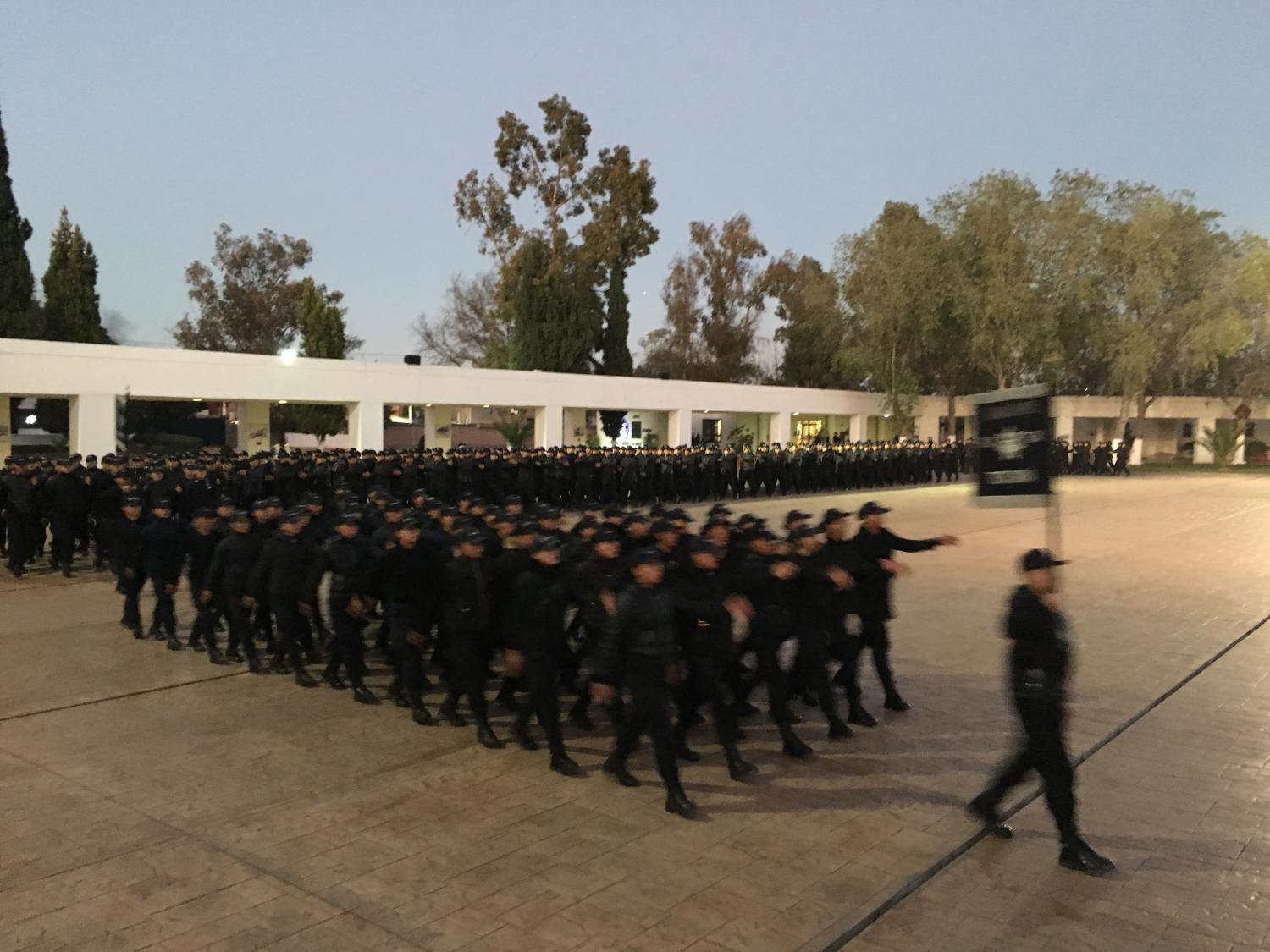 SAN LUIS POTOSI, MEXICO — The cadets in Mexico’s federal police academy march across an esplanade every morning and evening: they shout battle anthems — “Federales! Federales! — and they recite in unison scripted reports to their commanders.

There’s so much discipline in the academy, that the cadets — about 750 at any given time of the year — only eat by marching in and out of their mess hall and sitting down for their meals in silence, only the sounds of forks clinking on dishes filling the room.

Inspector General Ruben Jesus Rodriguez Rodriguez, who directs the Superior Federal Police Academy here in this mountain city nestled in central Mexico, likes to refer to the academy as a place where young men and women find discipline, purpose and family.

“This is like the church of the police,” he said. “The country's safety isn't the most important thing. It is the only thing that matters.”

Yet the Mexican federal police has been found to regularly commit human rights violations against migrants — highlighting one of the central challenges in immigration policy for the presidency of President Andres Manuel Lopez Obrador, who was sworn in on Saturday. This police force, comprised of roughly 40,000 officers across the country, has long helped stop migrants from reaching the United States.

Rodriguez Rodriguez said federal police officers who are found to commit crimes against migrants are swiftly brought to justice and face discipline. He said they are individual actors, not a representation of a systemic problem. In other words: a few rotten apples. 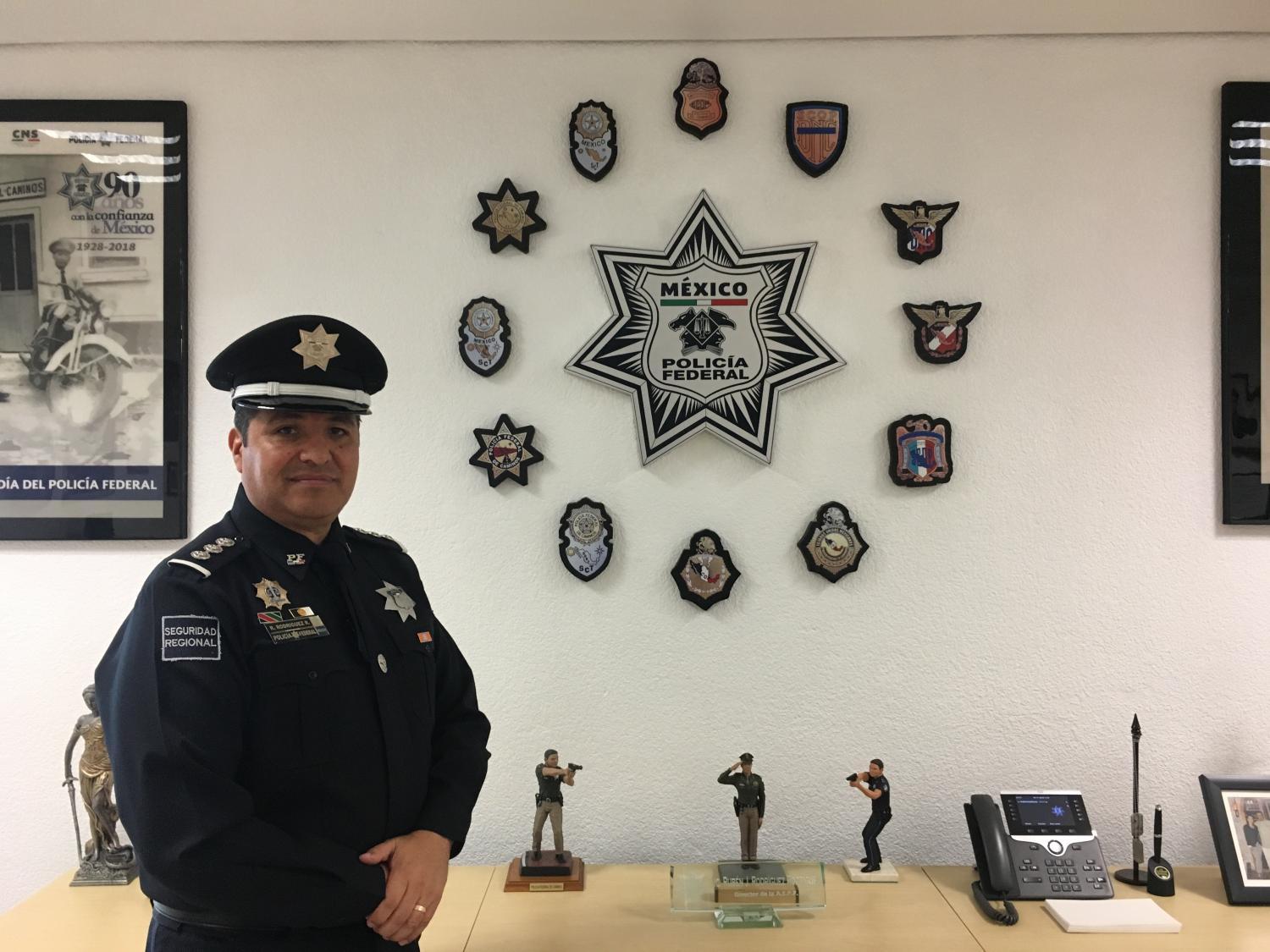 "I believe that, then, they have some few thousand bad apples," said Carlos Zazueta, a researcher with Amnesty International who documents crimes perpetrated against migrants traveling through Mexico.

Beatings and torture are commonplace and are reported every week, Zazueta said. Migrants are regularly kidnapped and extorted for whatever little money they have.

“It's really almost any group that comes in contact with migrants,” Leutert said.

This is a key reason for migrants, seeking safety in numbers, to organize in large caravans to cross the country, such as the one that made its way from Honduras to Tijuana in the last two months. When members of the caravan, hailing from Honduras, El Salvador and Guatemala, crossed into Mexico, federal police officers watched on from crossing stations and helicopters above.

President Donald Trump frequently tweeted about the caravan up to the Nov. 6 midterm elections that handed control of Congress to Democrats, and invoked it when he emphasized his plans for a border wall as late as late November in a speech in Tupelo, Mississippi.

To those in the Caravan, turnaround, we are not letting people into the United States illegally. Go back to your Country and if you want, apply for citizenship like millions of others are doing!

"We don't want those people in Mississippi,” he told a cheering crowd. “We're sending a clear message to the caravans and to the trespassers. Turn around. Go back home.”

This puts Mexico in a tough spot. It's between the sending countries of Central America and elsewhere, and the big receiving country of the United States. But Leutert said if U.S. pressure were absent, Mexico would have similar policies in place.

“They also have their own migration interests, and putting it on the Trump administration or the U.S., you kind of negate that,” Leutert says.

So this is the political and humanitarian dilemma Lopez Obrador inherits. It is also the federal police he takes over — one with a marching battle band that trains its cadets with strict discipline, but commit crimes against migrants.

Lopez Obrador's party has already proposed creating a new national guard comprised of military and police. Supporters say it will be disciplined and organized.

EDITOR'S NOTE: This story has been updated to correct the headline.