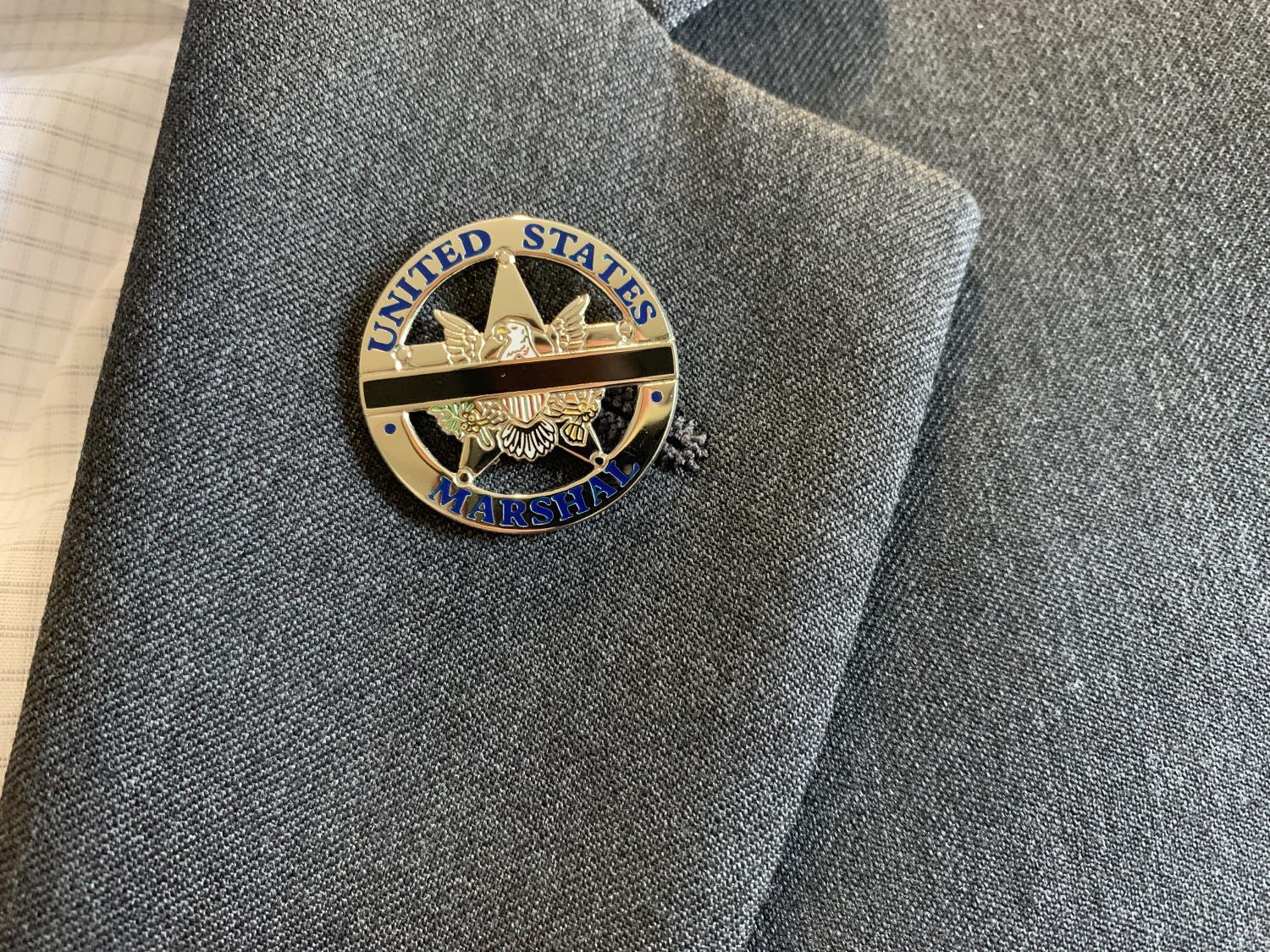 Ryan Schlesinger wore a gray and white striped prisoner uniform and was surrounded by law enforcement colleagues of the man he is accused of killing — Deputy U.S. Marshal Chase White. A judge ordered he be held until his next court date. Some federal agents left the courtroom in tears.

U.S. Marshal for Arizona David Gonzales spoke about the case in an interview with the Fronteras Desk Tuesday at U.S. District Court in Tucson.

"I do not want to say his name, ever. I won’t repeat his name because I don’t think he deserves it,” Gonzales said.

"This individual was well-known to the Tucson Police Department and to law enforcement in Pima County here in the Tucson area for harassing them, stalking them, and not just the police department. He had issues at Pima County Community College where he was kicked out of school. He was threatening, intimidating the professors and instructors there."

The allegations against Schlesinger reminded Gonzales of the charges against Jared Lee Loughner, the notorious mass murderer who in 2011, opened fire during a so-called Congress on Your Corner event on a Saturday morning at a Safeway north of Tucson. Loughner killed six people, including a child and a federal judge, and ended the political career of Congresswoman Gabrielle Giffords who was his target in the attack. He will live out the rest of his life in prison.

“I’m not going to lie to you. I thought of Jared Loughner who we dealt with here,” Gonzales said. “It’s almost the same type of scenario.”

Loughner was suspended from the community college in 2010 after he exhibited bizarre behavior.

“The point here is that y’all need to think deep and hard about how far you’re willing to take this,” read one email. Another: “Release my property or else.”

Last summer Schlesinger’s aggressions increased. He went to the home of the parents of one Tucson officer, then to the police station on Miracle Mile threatening to arrest an officer.

A week before allegedly killing White, Schlesinger wrote police again: “I don’t think anybody wants this turning into shootout at the OK Corral,” according to the complaint.

“We had the Tucson SWAT Teams nearby, the plan was to call him out. We were not going to make entry into the house because of his propensity for violence. We’d read his emails and we knew, he was a ticking time bomb,” Gonzales said.

The Task Force intended to call him out of the house and if that didn’t work, they were going to force their way in. The white cinderblock home across the street from a city park on 15th Avenue is surrounded by a chain-link fence. White wrought iron bars are sunk into every visible window and two doors are also heavily screened in. The complaint states the home is equipped with video surveillance. 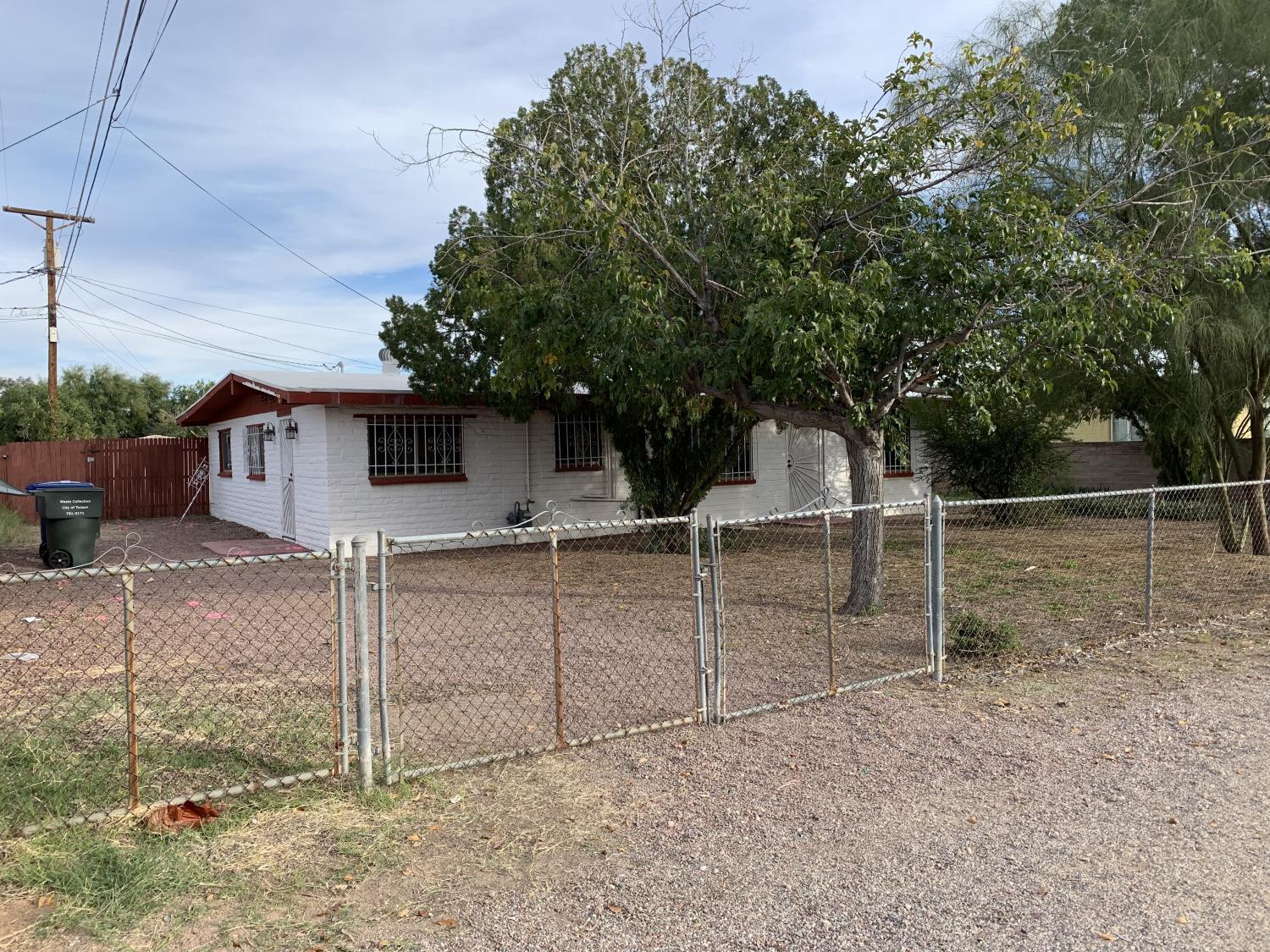 “As the deputies were approaching the house, this individual shot his gun through a window,” Gonzales said.

White was wearing a bulletproof vest but the bullet struck just under his arm where the vest did not offer protection.

“The bullet went underneath his arm and killed him. It’s like, what are the odds of that?” Gonzales said.

The SWAT unit moved in and after a one hour standoff, Schlesinger emerged, wearing a bulletproof vest and a ballistic helmet. He was arrested, unharmed.

Gonzales was in Phoenix when he received the call.

“‘Marshal, we have a deputy down and it doesn’t look good.’ And I know what that means.”

Gonzales drove to the hospital and got news that the 41-year-old federal agent died in the hospital while he was still driving.

“I gotta tell you, his wife and four children were there.”

White’s children range in age from 14 to seven years old. They were waiting in a private room at Banner University Medical Center.

“One of the hardest things I’ve ever had to do in my career was go into that room and talk to his wife who’s obviously in shock. It’s just one of those things that’s hard to describe.

“It’s something you never want to do.”

Gonzales has been the Marshal in Arizona 17 years and was appointed by former Pres. George Bush. This was the first time one of his officers had been shot.

“I still think that this is a terrible nightmare that I hope I wake up from.”

Federal prosecutors said Schlesinger faces life in prison or execution. The case will be presented to a grand jury.

Schlesinger is under the custody of the Marshals Service which is tasked with managing prisoners facing federal charges. The irony is not lost on Gonzales.

A celebration of White’s life is scheduled for Friday at the Tucson Convention Center. 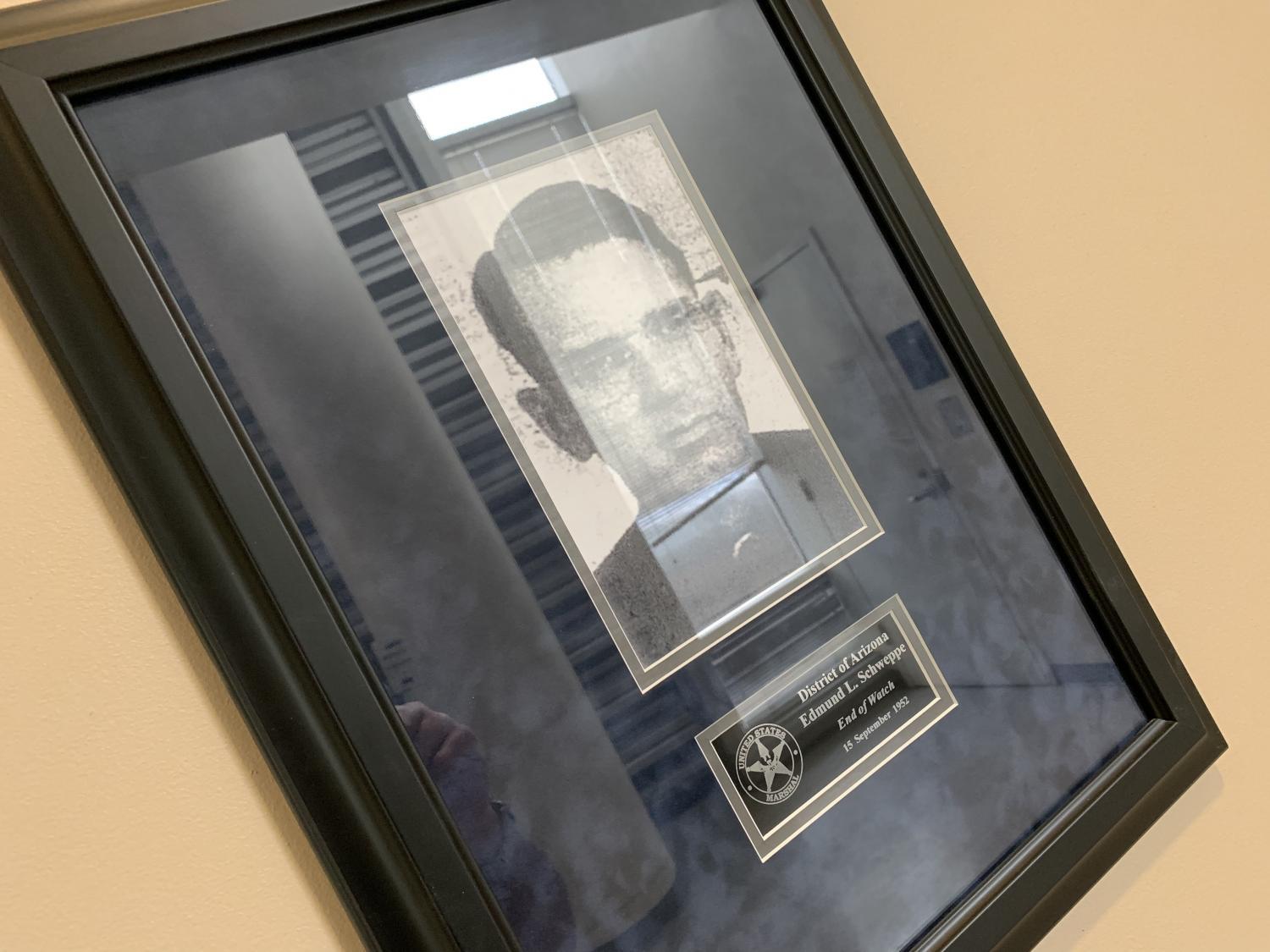 Michel Marizco/KJZZ
Edmund Schweppe was the last U.S. Marshal to be killed in Arizona, 66 years ago.