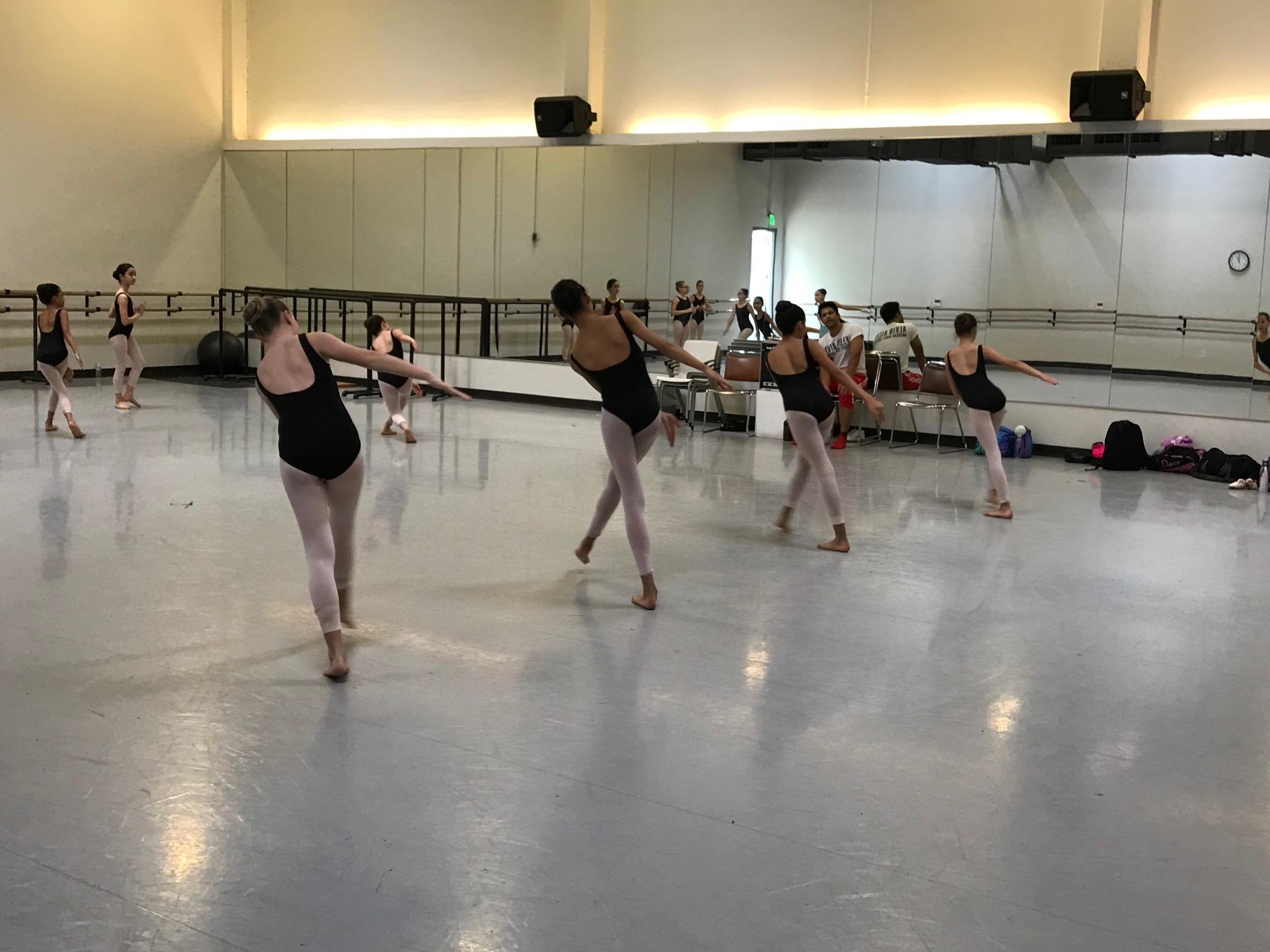 "The Nutcracker" returns to Ballet Arizona for its holiday residence with the Phoenix Symphony Hall.

The New York Times has called the production one of the top three in the country, and it includes hundreds of Arizona’s best ballet dancers. Many of them are kids — both girls and boys looking for a special place to fit in.

At first, it can seem overwhelming when you walk in the door at Ballet Arizona’s south Phoenix headquarters. Scores of children, all between the ages of 7 and 13 and each between 4-foot-5 and 5-feet tall, have taken over at the studios; packed in to rooms, dancing and waiting.

It’s up to Maria Simonetti to keep them in line.

And Simonetti says this isn’t any ordinary ballet production.

“It helps people learn about the holiday through ballet. Otherwise, if it wasn’t for 'The Nutcracker,' I don’t know if many people would go see ballet.”

With up to 80 dancers at once and literally hundreds of moving parts on stage, "The Nutcracker" is also one of the hardest productions to put on. Not to mention that as many as 50 of the performers on stage are children from all across the state — children like 11-year-old Hailey Brown of Tempe.

“I really want people to see how fun ballet is, but also how fun it is,” she said. 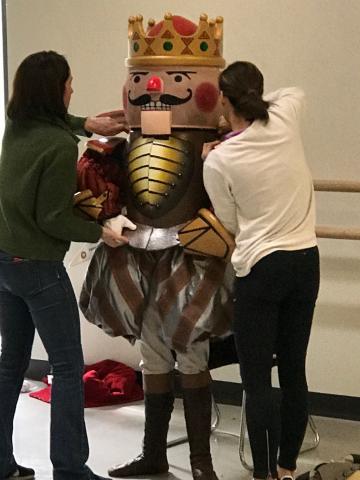 For 12-year-old Mikayla Paultsek of Phoenix, the ballet made especially for children is a family tradition.

“I remember my mom telling us when she was young, she would go and she would watch the 'Nutcracker,' and it was really special because it was kids doing the dancing.”

Annastazia Carson of Chandler will be front and center as the lead character, Clara. It’s her fifth year as part of the production.

“It’s a little scary at times, but at times like right before I go on stage I get nervous, but once I get on stage and dance, the nervousness goes away.”

And it’s not just about the ballerinas. There are also plenty of ballerinos in the room, like Oswaldo Escobar.

“It could be for boys or girls. People don’t have to make fun of boys for doing ballet,” he said.

But in the sometimes cruel world of childhood, that’s exactly what’s happened to many of them.

12-year-old Ari Gettlesonberry of Chandler is to trying to take it in stride.

“There’s a few people that have made fun of me in the past few years and they’ve said you’re not allowed to do this because you’re a boy,” Gettlesonberry said. “It really doesn’t matter. But I would like people to know that I’m here and I’m not going to give up.” 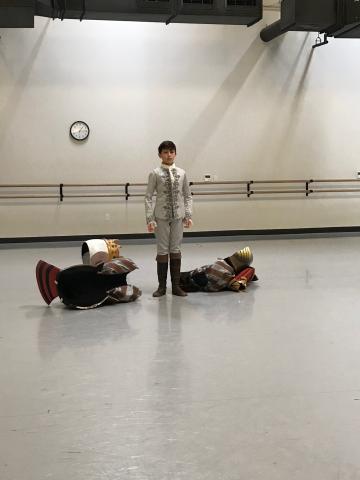 Male dancers have key roles in the production as toy soldiers, including the Nutcracker Prince who magically transforms from toy to boy.

“Yeah, it’s difficult at times. But it doesn’t matter to me what they think or how they look at me,” he said.

The performance is also a tradition in Braden’s household.

“Lots of families come to the ballet. My family has been coming since before I was born, and they’re excited to see me in the show.”

Maria Simonetti says it’s about freedom to express themselves in ways they cannot in places like school.

“Especially for boys I think that’s very important. And we support them 100 percent. If this is what they like to do, then we’re here for them,” she said.

And the last word on the subject goes to 12-year-old Nicholas Viquesney of Phoenix.

“At my old school, I was super self-conscious about it since all the other guys were doing stuff like playing football and they would always make fun of me for doing ballet,” Viquesney said. “But to be honest, if I was still there, I would say look at me now — look at how wrong you were.”

In addition to the 150 kids already in the cast, this year, Ballet Arizona is also offering a few lucky youths a chance to win walk-on roles in a special contest.

"The Nutcracker" debuts at the Phoenix Symphony Hall on Dec. 13 and runs through Christmas Eve. 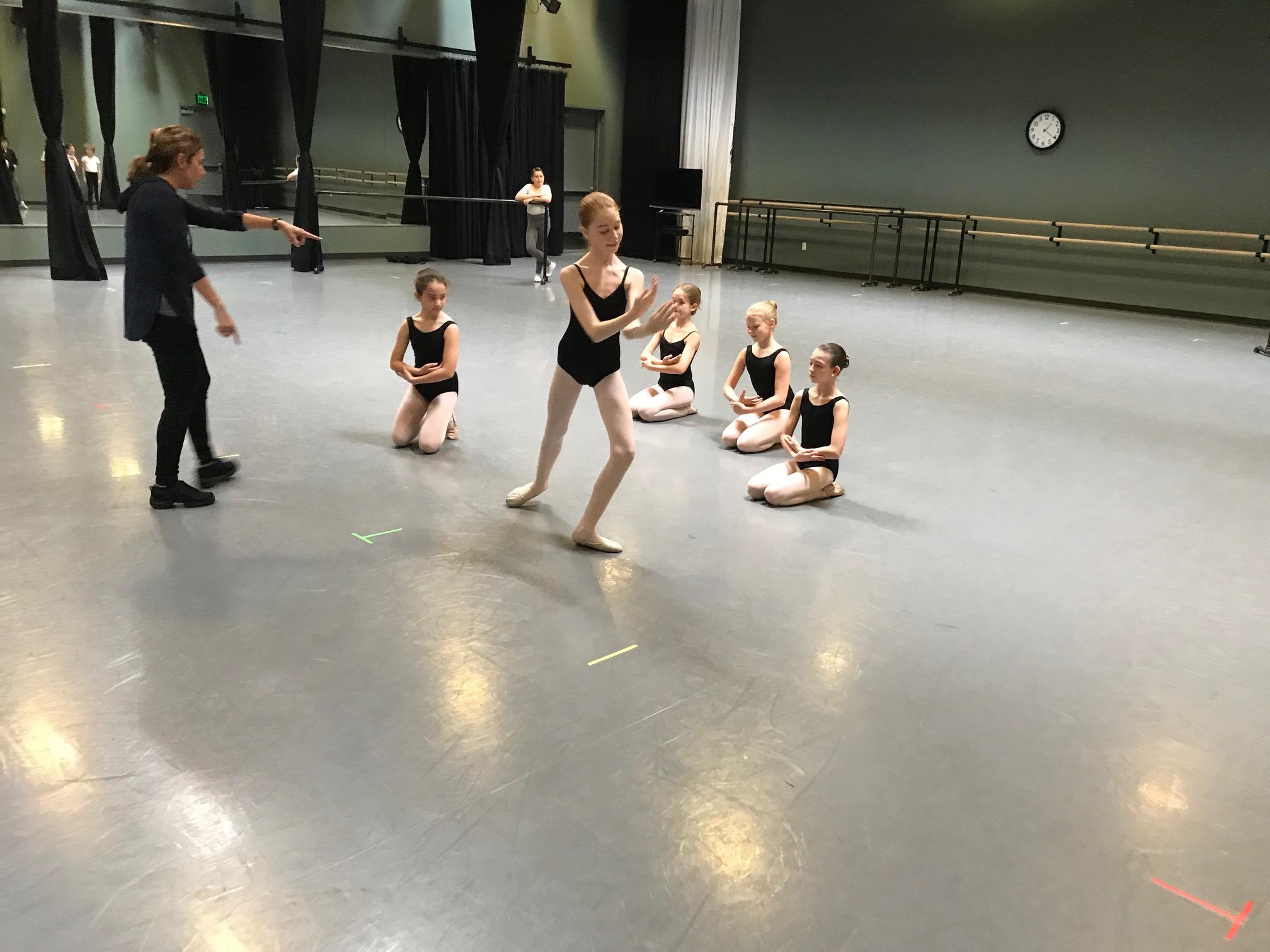 Phil Latzman/KJZZ
Dancers do their thing at Ballet Arizona's Phoenix studios.
The Show