150 Years Of Grand Canyon Boat History And Still No Museum 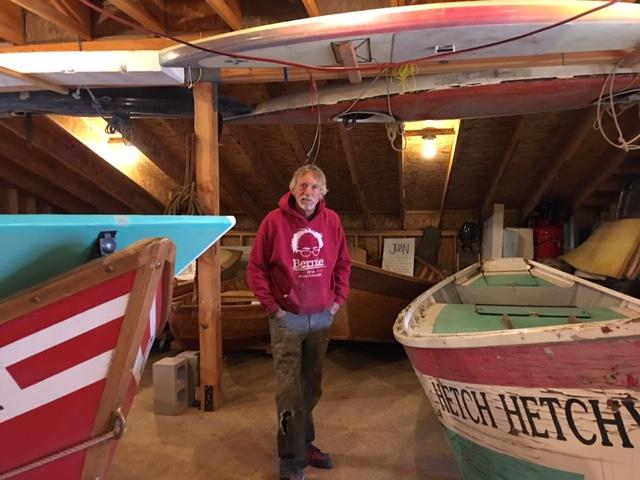 If they're not on the water, boatmen love nothing more than to sit around a fire and talk boats. So on this cold November morning, that's exactly what I did with long-time river guide Brad Dimock. He rows boats, builds them and writes about them.

"The story of river running in the United States Grand Canyon is a huge part of that," Dimock said. "It goes way back to 1869. And a lot of the techniques and types of boats really were pioneered here in the southwest. It's just remarkable that we have so many of the seminal boats of this story."

John Wesley Powell and a small team of men embarked on what would become one of the most daring expeditions of its kind 150 years ago. The Powell expedition opened up the west. He predicted the problems we would have with water scarcity.

Today, a group of boatmen would like to build a museum to celebrate that feat and others that followed. They've proposed an $11 million project in Grand Canyon Village that would tell the tale of river exploration in the West, but the National Park Service has put it on hold.

"One style I haven't built I've run one is the Powell boat, which is a very sophisticated boat," Dimock said. "It's an east coast, Whitehull, pulling boat, beautiful curved belly, you can see on this model, long keel strip that goes end to end and they're very very fast. They won all the rowboat competitions in their day. Powell thought, 'that will be a great boat.' Well, they're not for white water." 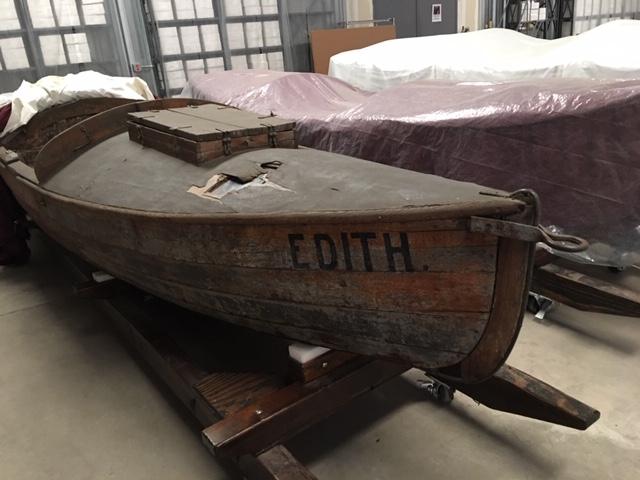 Because, Dimock said, they don't turn quickly and they crash into the rocks.

Upstairs Dimock showed me the collection of boats he's built, many of them replicas of historic boats. Boating pioneer Norman Nevills was the first to take commercial passengers through the Grand Canyon in the 1930s. Dimock said his was a very wet boat to row.

"For some reason Nevills did not make the ends tall enough to go over the waves, so they go under a lot of the waves," Dimock said. "They don't have room for passengers, which is awkward because they were running commercial passenger trips, so people would sort of cling to them and get down the river."

At the south rim of the Grand Canyon, Collections curator Kim Besom peels back the plastic cover from the real Nevills boat Dimock modeled his after.

"To take passengers on these trips you can see there's not a lot of room so they're you know one boatman to no more than three passengers per boat," Besom said.

The two dozen or so boats — some more than a century old — sat like ghosts under red sheets and plastic in a warehouse. There's no sign announcing that the historic boats are inside and you'd have to make an appointment to go in and see them.

Fifteen years ago the park displayed the boats outside the visitors center, until boatmen like Dimock complained that they shouldn't be exposed to the elements. So the park spent thousands of dollars to hire conservators. 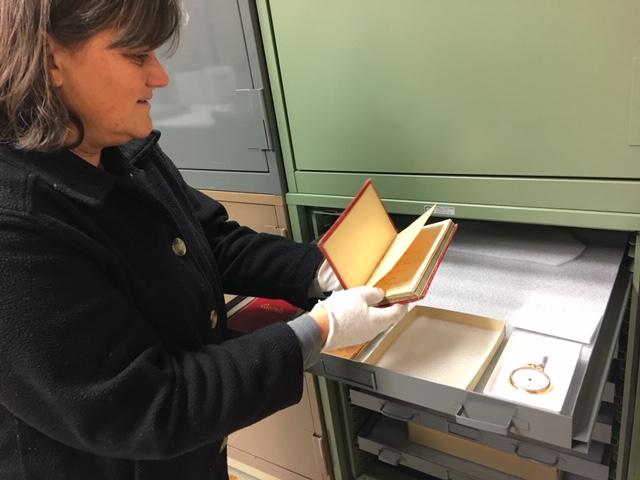 "We had conservators come up and clean the boats and stabilize them," Besom said.

In the warehouse next door the park service keeps some of its smaller artifacts, like the only known remnant of a John Wesley Powell boat

"The Nellie Powell from the second expedition it's got burn marks around the edge because they wintered over at Lees Ferry," Besom said. "In the '30s somebody was clearing out that field by burning it. And at some point somebody said, 'Wait, isn't that one of Powell's boats?'"

"Years ago there was a boat called the Ohio that went down the river," Staveley said. "It was donated to the park. It ended up being either crushed or burned in the landfill. That's what happens to these eventually, if they're just not seen."

"It needs a lot of modifications and we simply don't have the money for the building rehabilitation or operations cost to develop it at this point in time," Balsam said. "Doesn't mean we're not going to."

The boat lovers propose raising the $11 million themselves but they still need permission from the park service to build the display. So for now to see these historic boats all together you'll have to settle for an online virtual museum. 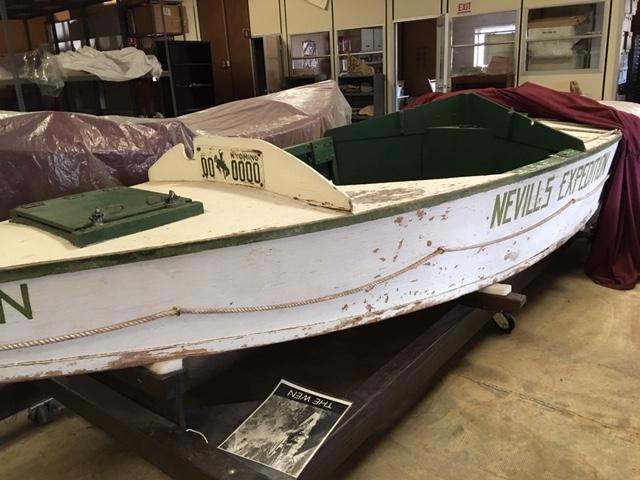 Laurel Morales/KJZZ
Norm Nevills named the WEN cataract boat after his father. In 1938 when a botanist asked Nevills' advice on studying cactus, Nevills decided the best way would be an expedition down the Colorado River. 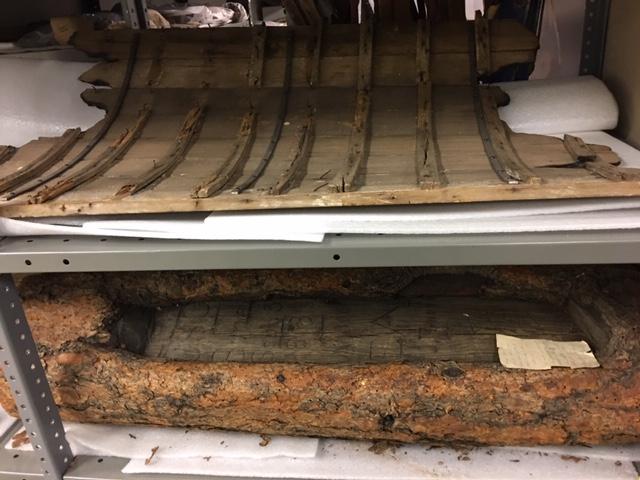 Laurel Morales/KJZZ
This piece of John Wesley Powell's Nellie Powell boat is all that remains of a rancher's brush fire.
FronterasThe Show