A pink and blue-clad gas station attendant fills a customer’s tank at RendiChicas. It’s one of a growing number of new gas station franchises cropping up in Hermosillo and across Mexico in recent years.

This burgeoning market for privately owned gas stations stems from Mexico’s 2013 Energy Reform Act. It opened up the state-run energy sector to private and foreign investment.

“We’ve moved from being an entirely closed system to being one that is one of the most open in the world. And really one of the most competitive in the world,” said Duncan Wood, director of the Mexico Institute, a think tank with the Woodrow Wilson Center in Washington, D.C.

Before the reforms, Mexico’s national petroleum company, Petroleos Mexicanos (PEMEX), held a monopoly on oil exploration and production, he said. 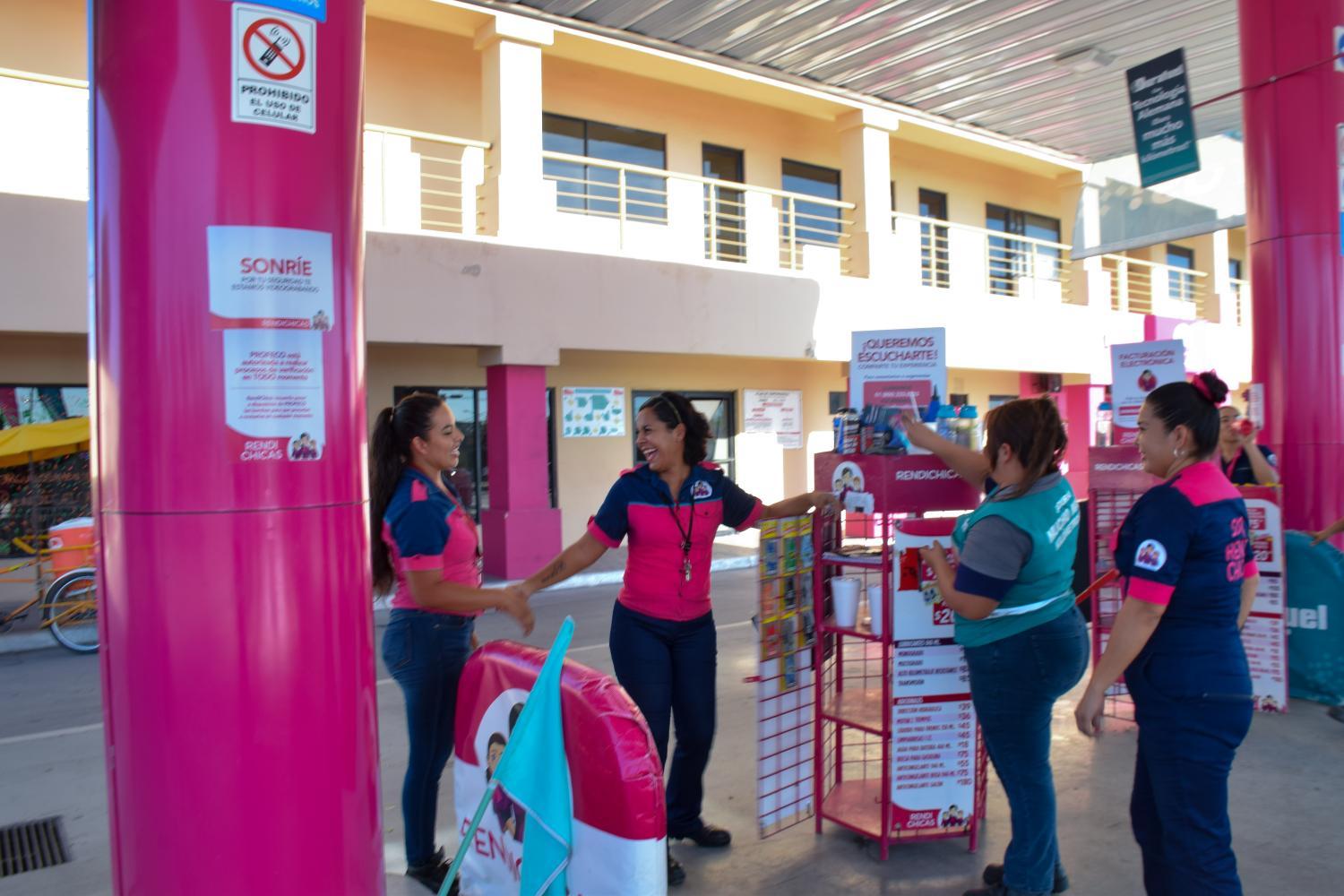 Kendal Blust/KJZZ
Employees at a RendiChicas gas station in Hermosillo, Sonora joke around while waiting for customers during a shift in September 2018.

“We’ve seen gas stations that used to all be PEMEX by decree. Now we see competition on the streets of Mexico between different brands,” Wood said. “And most of the big international brands of gasoline are there now in Mexico.”

Among other things, that means drivers don’t have to fill their tanks at the once ubiquitous green PEMEX stations. Instead, they have a growing number of options — Shell, ARCO, Chevron, one of the bright orange 76 stations that opened in Hermosillo earlier this year.

It’s a Mexican-owned company that’s trying to set itself apart from the competition by running a difficult-to-forget radio jingle and touting specially formulated fuel that it claims lasts longer than other gas.

But most famously, the company stands out by marketing that it hires mostly women as fuel attendants, or despachadoras, at its dozens of stations in northern Mexico.

“Ninety percent of our employees are women,” said Patricia Saharagui, a spokeswoman for the company. “It’s an image associated with honest — the feminine image.”

RendiChicas has adopted a unique approach to attracting customers.

In Mexico gas stations have a reputation for cheating drivers when they fuel up, Saharagui said. So RendiChicas initially started hiring more women as a way to soften the company’s image, because she claims women are perceived as more trustworthy.

She said it’s set the company apart and allowed it to thrive even as competition heats up in the Mexican fuel market.

“All of that together, well you can’t find it anywhere else,” she said. “It’s a complete experience being at a RendiChicas.” 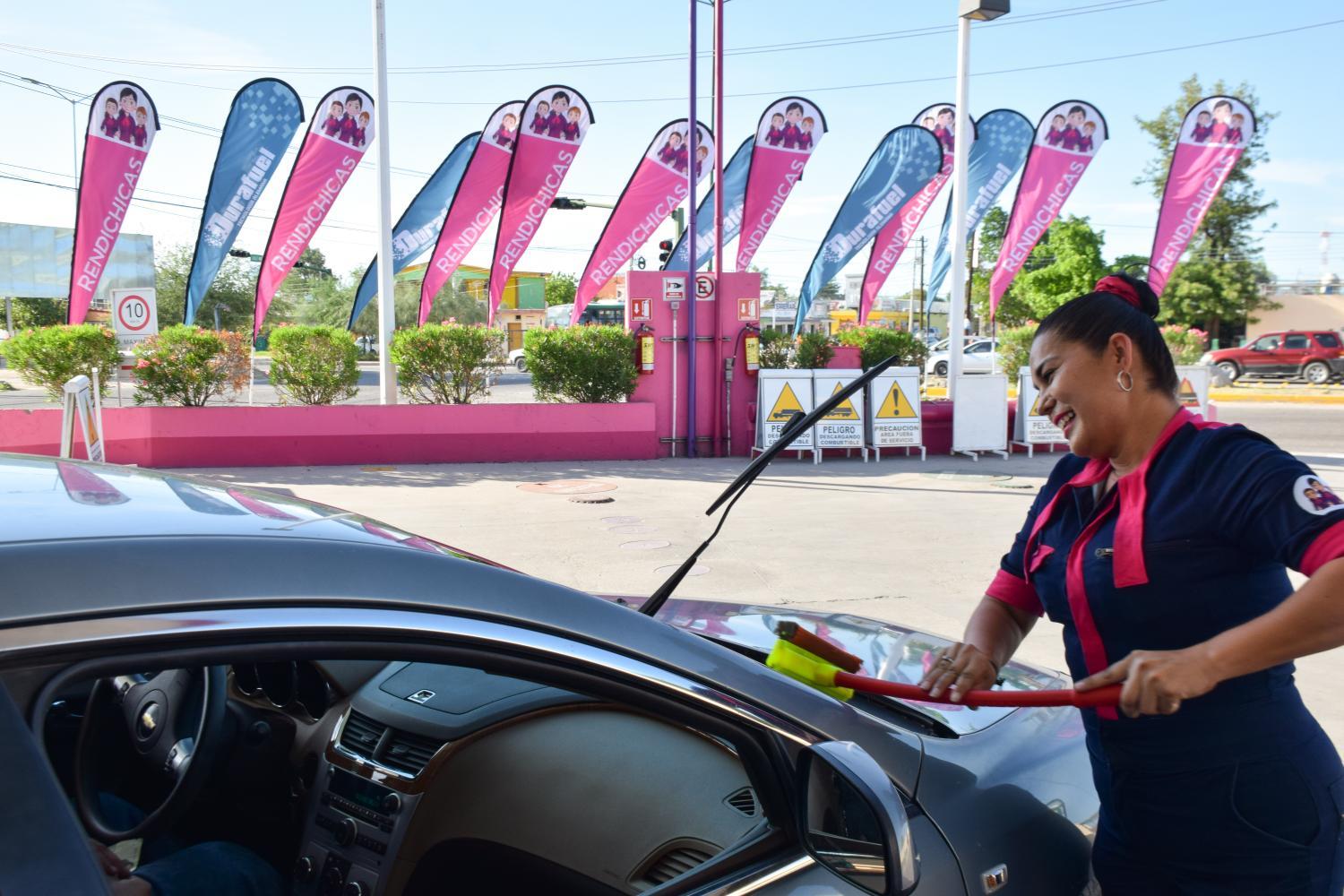 Kendal Blust/KJZZ
An fuel attendant washes a driver's windshield at a RendiChicas in Hermosillo, Sonora in September 2018.

While new gas stations are competing to be at the top of the new market, however, there are questions about what the future holds for private companies.

Mexico’s new President Andrés Manuel López Obrador, known as AMLO, has long been a critic of the the Energy Reform Act. During his inauguration on Dec. 1, he said reforms have caused a drop in oil production and increased gas prices.

“One of the big problems I think that we’ve seen is that the benefits haven’t been felt widely enough, and certainly the new government in Mexico has made the argument that the energy reform has failed because oil production has continued to decline because the national oil company is in dire financial straits,” Wood said. “So I think what we’re seeing is we’re seeing a closing up of the system again.”

AMLO’s promised not to rescind existing oil contracts that have been given out in the last few years, but he has halted new bidding auctions, Wood said. And it’s likely the new government will try to shore up PEMEX by increasing regulations on private investors.

But Wood said there’s still a lot of uncertainty about the future of reforms under this administration.

AMLO’s supporters, on the other hand, say it was the policies of previous leaders that have been bad for Mexico.

“We haven’t had any way to generate wealth because we’ve been stripped of our goods and resources,” said Jacobo Mendoza, president of the Sonoran branch of AMLO’s Morena party. “And the final bitter pill was the sale of our petroleum and gas.”

He said AMLO is committed to eradicating corruption in Mexico and bringing the countries resources back in to the hands of the people. It’s good management, not privatization that will help the energy sector thrive, he said.

But companies like Windstar, which opened two new gas stations in Hermosillo in December, aren’t too worried about the president rolling back reforms, said Reynold Gonzalez, the company’s general counsel.

“I think the need for refined products in Mexico continues to grow on a daily basis. And so our plans don’t change,” he said.

He cited AMLO’s recent announcement that the country will build a new oil refinery for $8 billion is evidence of the continued need for outside investment in the energy sector. And he doesn’t think AMLO is set to suddenly put the breaks on energy reforms, or his company wouldn’t be investing so “aggressively” in Mexico’s industry.

Saharagui of RendiChicas also doesn’t see the rising tide of private investment turning any time soon. She said people like having more options at the pumps and business is booming.

“And the truth is we would like to see more and more clients at RendiChicas,” she said.

So for now, Saharaqui says they’re focused on giving customers a good experience and staving off the competition. 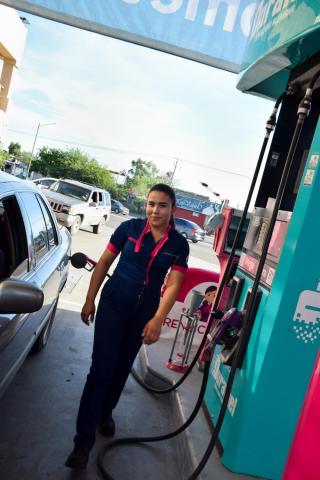 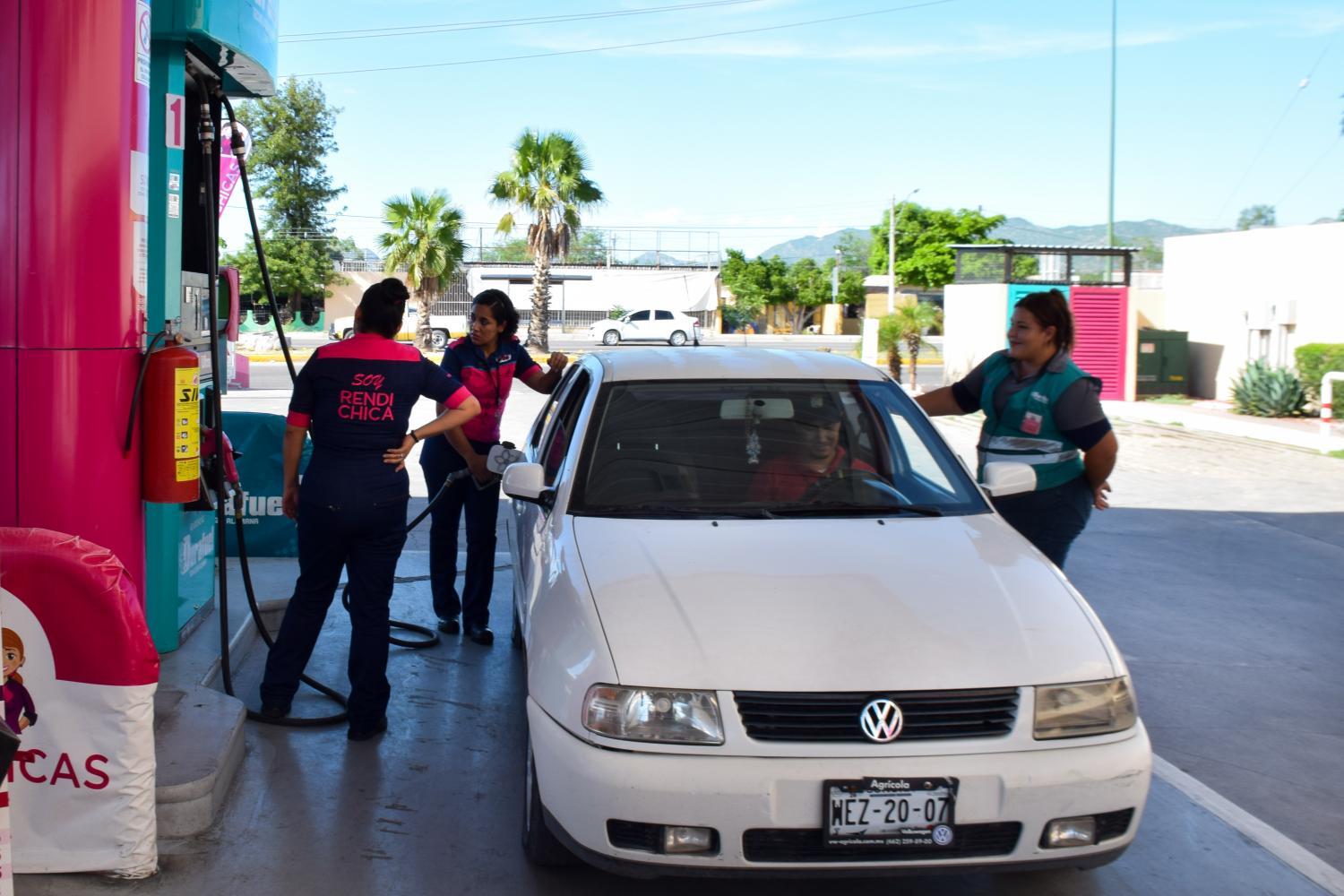 Kendal Blust/KJZZ
Fuel attendants fill up a customer's tank at a RendiChicas gas station in Hermosillo in September 2018. 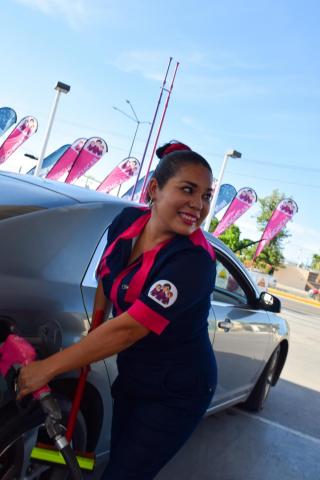 Kendal Blust/KJZZ
A fuel attendant fills up a customer's tank at a RendiChicas in Hermosillo, Sonora in September 2018.