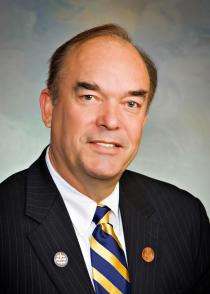 Former Arizona Rep. Don Shooter has no legal right to see investigator notes and interviews into sexual harassment charges that led to his removal from office.

Shooter wants the documents to defend himself in a civil lawsuit filed by one of his accusers, Rep. Michele Ugenti-Rita, R-Scottsdale.

Her lawsuit charges Shooter of slander, libel, battery and negligence, which he has countered with defamation charges.

His attorney, Kraig Marton, claims the notes and interviews of about 40 witnesses conducted by House investigators into the original sexual harassment case could help Shooter clear his name.

But Judge Cohen ruled those notes belong to the House and neither the House members nor Speaker of the House, J.D. Mesnard, are parties in the civil suit.

During the internal investigation, Shooter purported that his accuser had harassed a colleague and that those details were purposely omitted by the Speaker from the report.

Investigators had determined Ugenti-Rita's former fiance was responsible for the unsolicited messages, not her.

"The evidence we seek, already provided by the victim to the state's investigator, would shed light on my accuser's lack of truthfulness, bad character," Shooter read from his prepared statement.

Shooter also took a shot at Mesnard, calling him a "corrupt man in power," for removing the allegations against Ugenti-Rita from the report.

Mesnard told Capitol Media Services he will not comment while a lawsuit is pending.