Hermosillo Plogging: How A City South Of The Border Earned A World Record In A Sport You’ve Never Heard Of 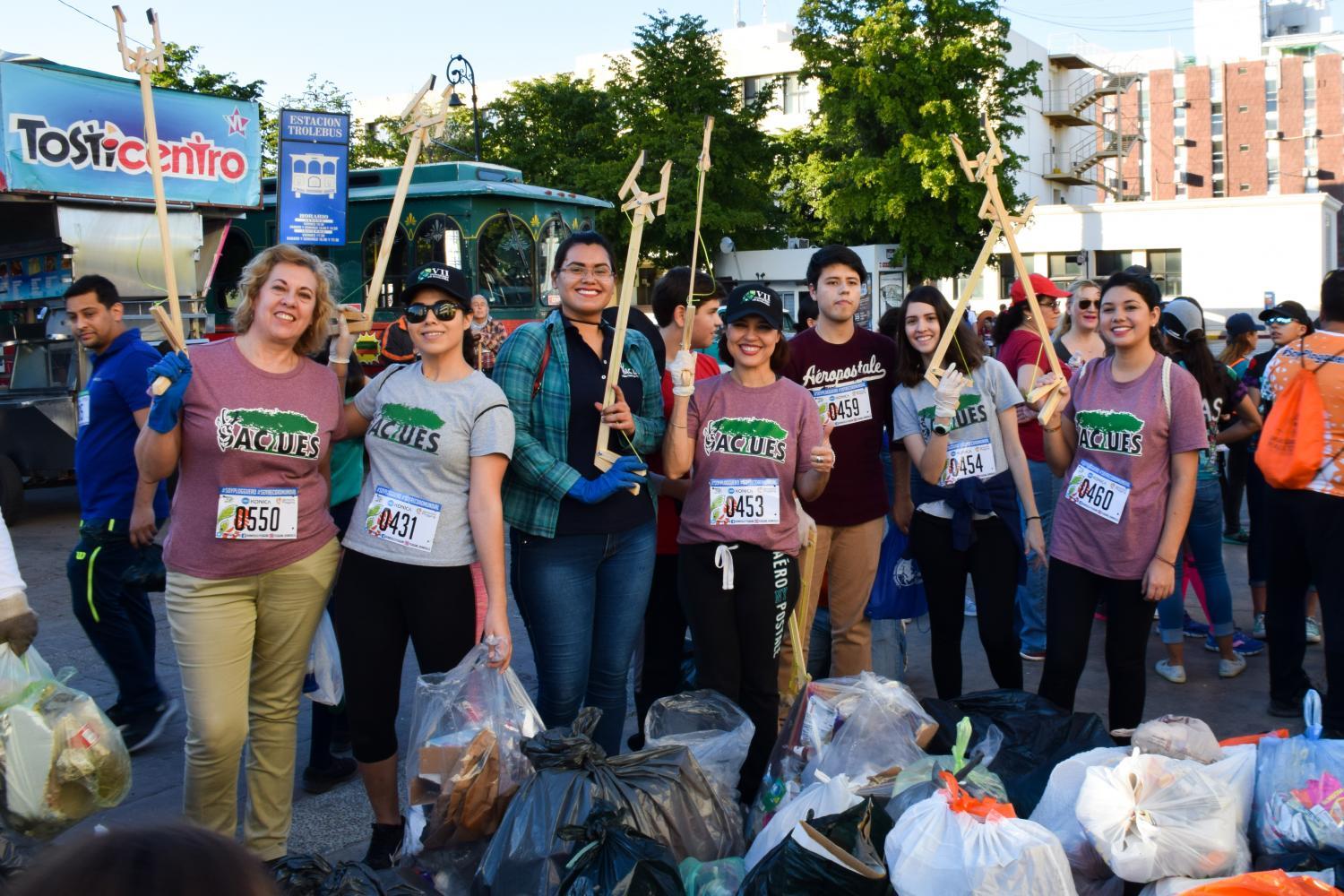 Kendal Blust/KJZZ
Students and leaders with the Hermosillo non-profit ACTUES drop off the trash they collected while plogging on Dec. 8, 2018.

A group of ploggers cheered as they set out from one of 10 starting points at parks and plazas in the Sonoran capital Hermosillo on a bright Saturday in December.

They took to the streets in pursuit of a world record for the most people plogging at one time.

Which leaves most of us with one question: What in the world is plogging?

“It’s basically running while you clean up. And you don’t really run because you have to be careful, you have to bend down and pick up trash,” he said.

Plogging started a few years ago in Sweden — the name comes comes from the Swedish word “plocka upp,” which means to pick up litter, combined with the word jogging. This new, environmentally-minded sport has taken off in cities across Europe and around the world. 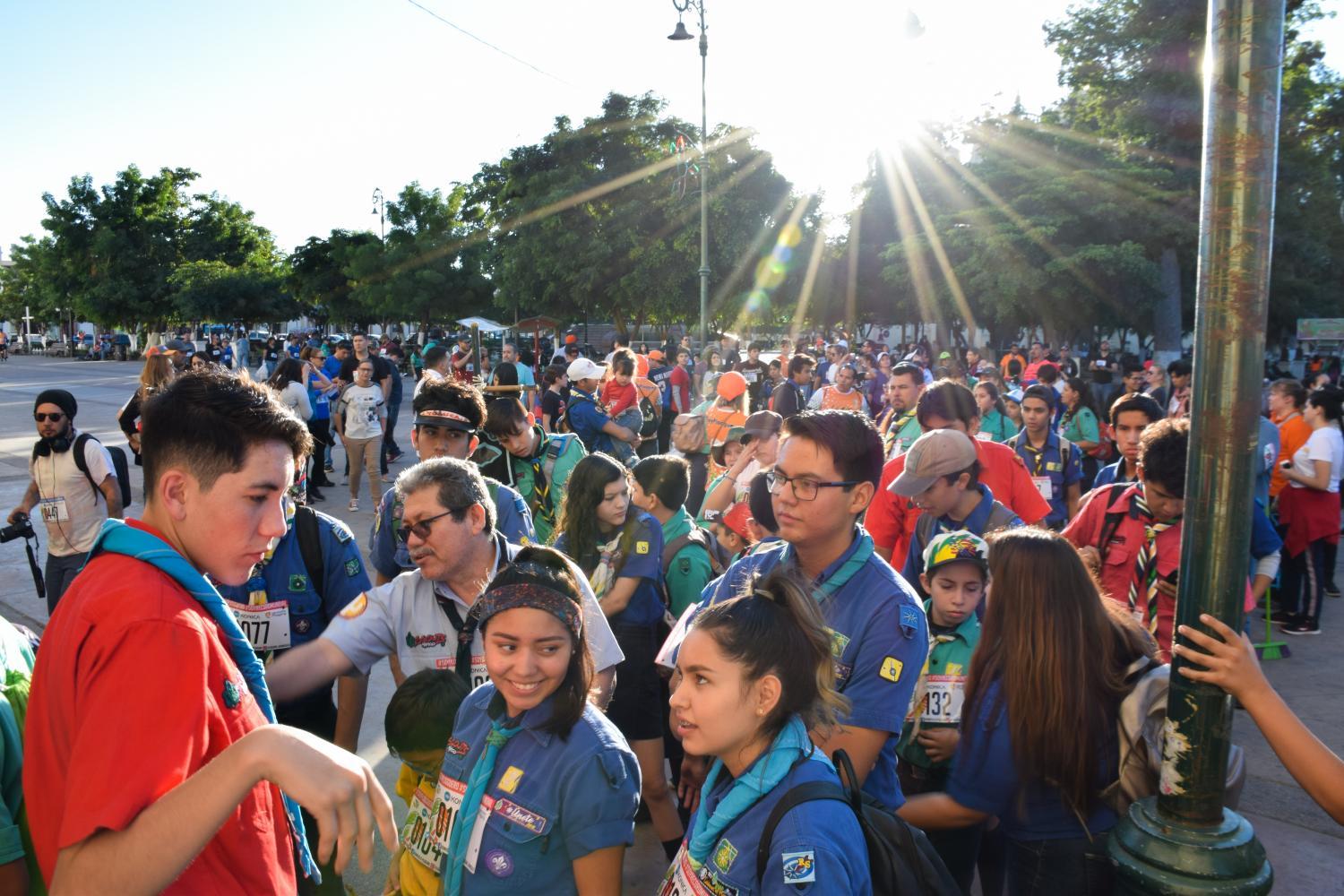 Kendal Blust/KJZZ
Boy and Girl Scouts join in during the Hermosilo Plogging even on Dec. 8, 2018.

He said city leaders are trying hard to tackle Hermosillo’s trash problem. A couple of months ago, they opened recycling centers in the city. And they’re piloting a program in schools to teach kids about caring for the environment and reducing waste, Barraza said.

But it’s not just the government, he added. Clean and green nonprofit programs are also popping up all over Hermosillo.

“This is Hermosillo’s moment,” he said. “And we know that if we don’t do something now, it will be much harder later.”

Back at the world record event, ploggers filled up their bags with trash strewn on sidewalks, streets and parks.

Gustavo Medina, a 22-year-old university student listed the items he had collected so far.

“We’ve got paper, plastic, lids, containers, bottles, cigarette butts. Some of everything,” he said.

He’s one of more than 2,000 ploggers, or ploggueros, of all ages who donned their tennis shoes and grabbed a trash bag to join the city-wide event.

Carla Guerrero, 15: “I’m doing my small part, adding my grain of sand for a better Hermosillo.”

And 65-year-old Jesús Lugo: “I hate going to the park and seeing trash everywhere. It doesn’t make me want to be there.”

For him this event isn’t about getting a world record — it’s a show of force. A reminder to take pride as Hermosillenses, he said. 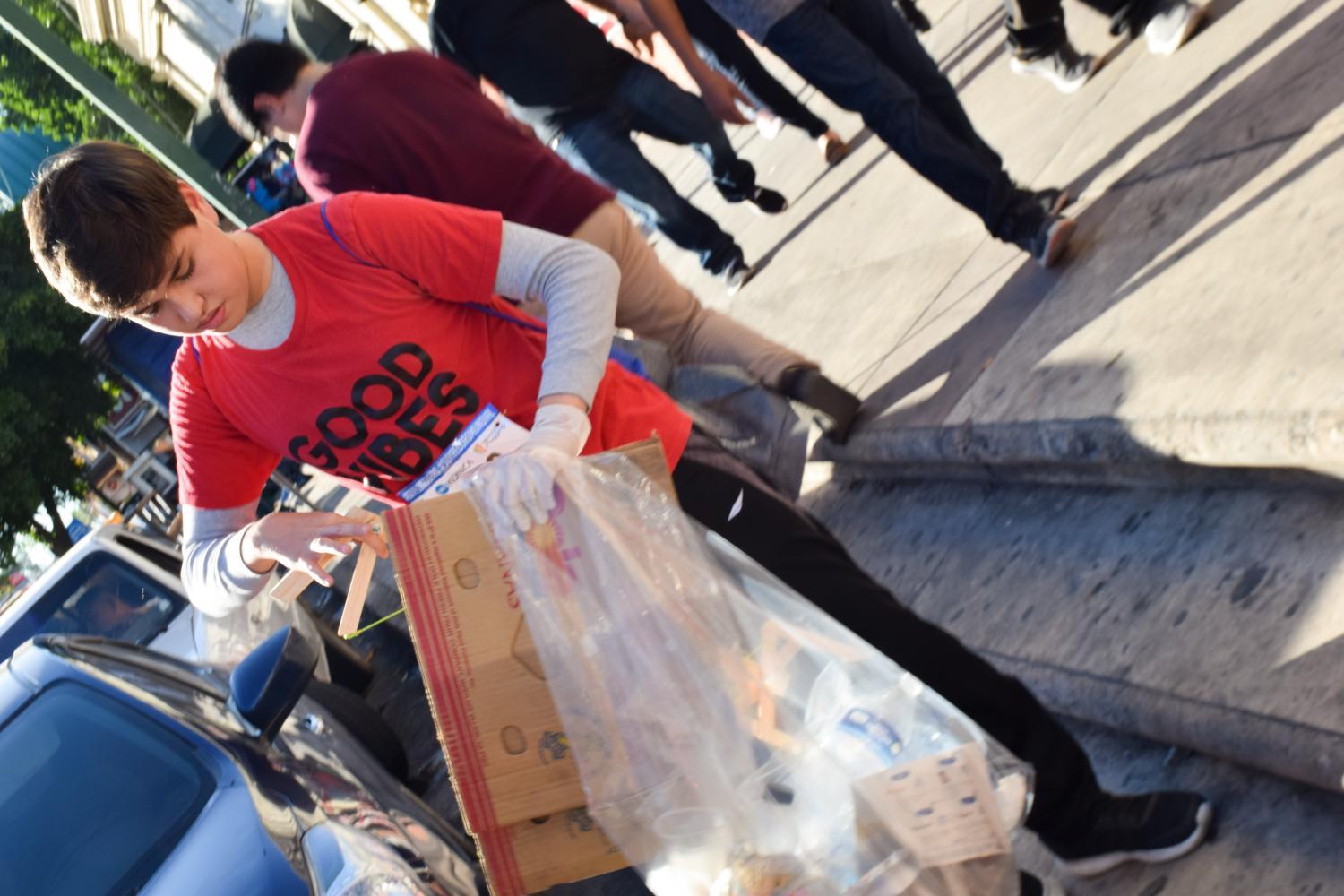 Kendal Blust/KJZZ
A young plogger picks up trash near the central market in Hermosillo, Sonora on Dec. 8, 2018.

And more and more people are joining that cause, said Maribel Pallanez, an ecologist and the leader of a local nonprofit called ACUTES.

“I think this year there’s been a boom,” she said.

She called it a new culture in Hermosillo, people demanding that the government take better care of the environment and going out to do their part.

“It makes me proud,” she said.

Montaño, the event organizer, also said cleaning up the city is also a matter of making Hermosillo the place it can and should be.

But he’s not discouraged. He said after moving back to his hometown a few years ago, he decided to do his part to change things. And he said there are a lot of people who feel that way, and there’s still time to make Hermosillo the clean, beautiful city he remembers growing up in.

With 2,010 participants, Hermosillo can now boast that according to the Swedish plogging founder Erik Ahlstrom, it holds world record for the most people plogging in one city at one time. 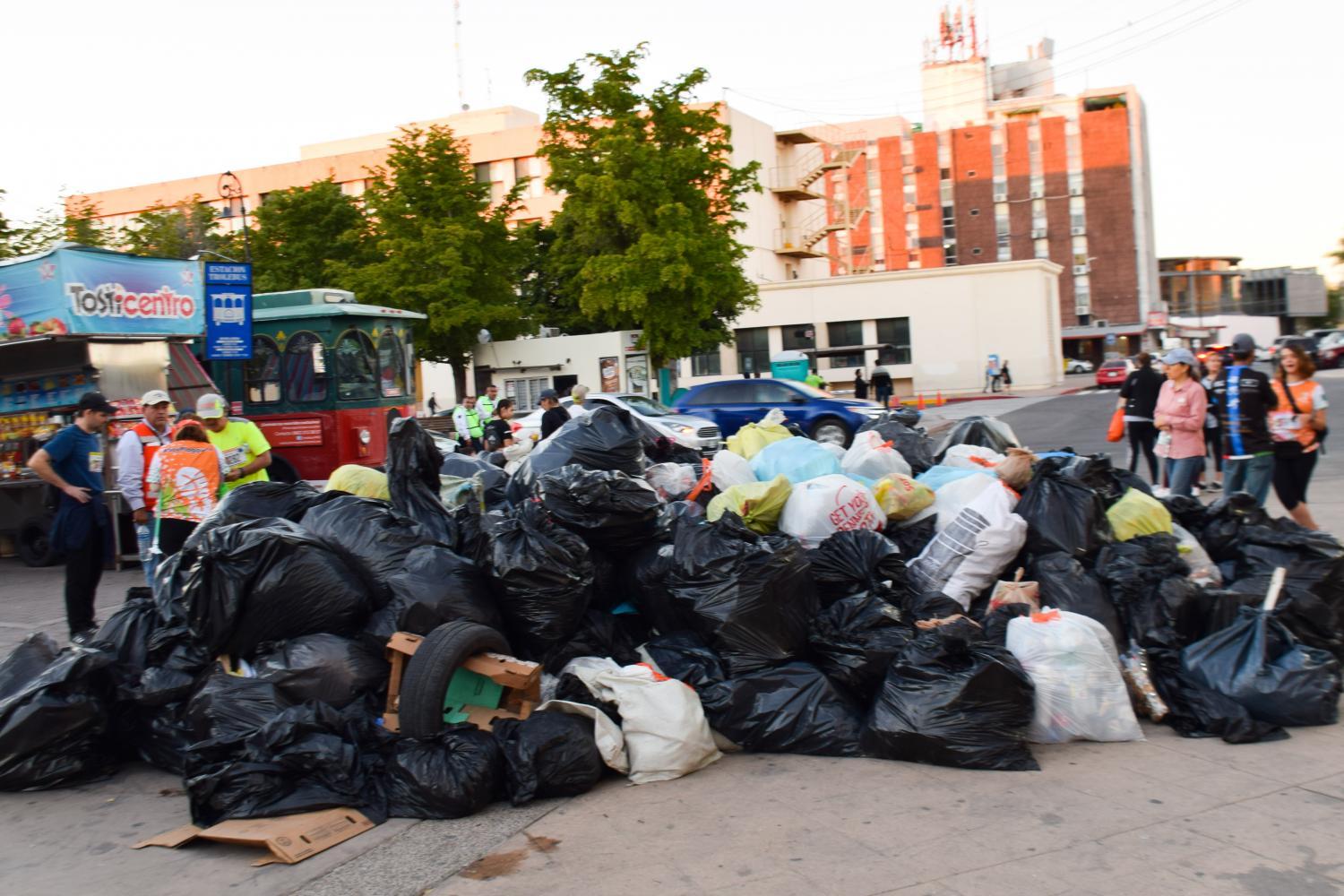 Kendal Blust/KJZZ
Ploggers piled the trash they collected on the streets of Hermosillo, Sonora in the city's main plaza during the world record event on Dec. 8, 2018. 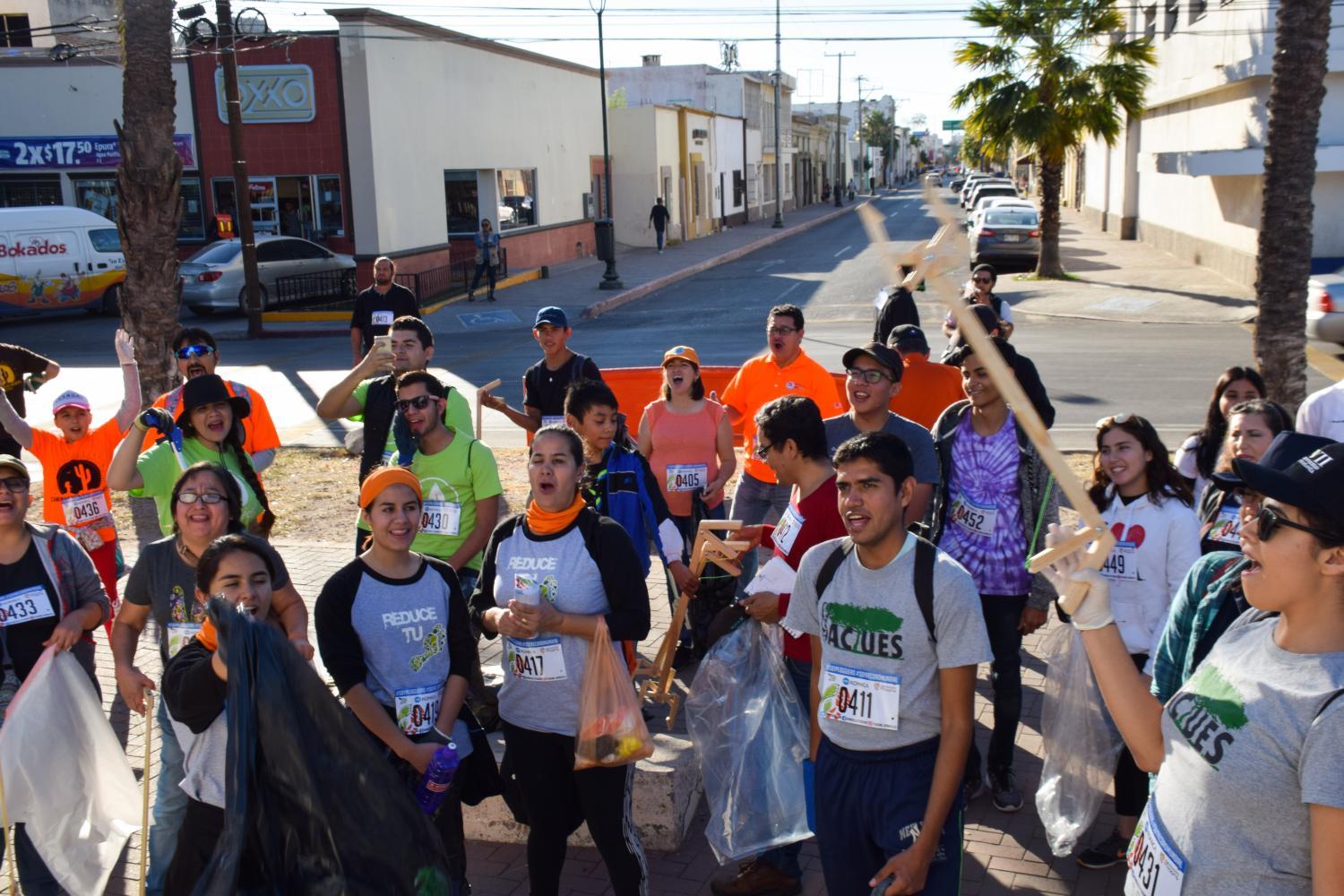 Kendal Blust/KJZZ
One group of ploggers prepare to participate in the Hermosillo Plogging world record event on Dec. 8, 2018. 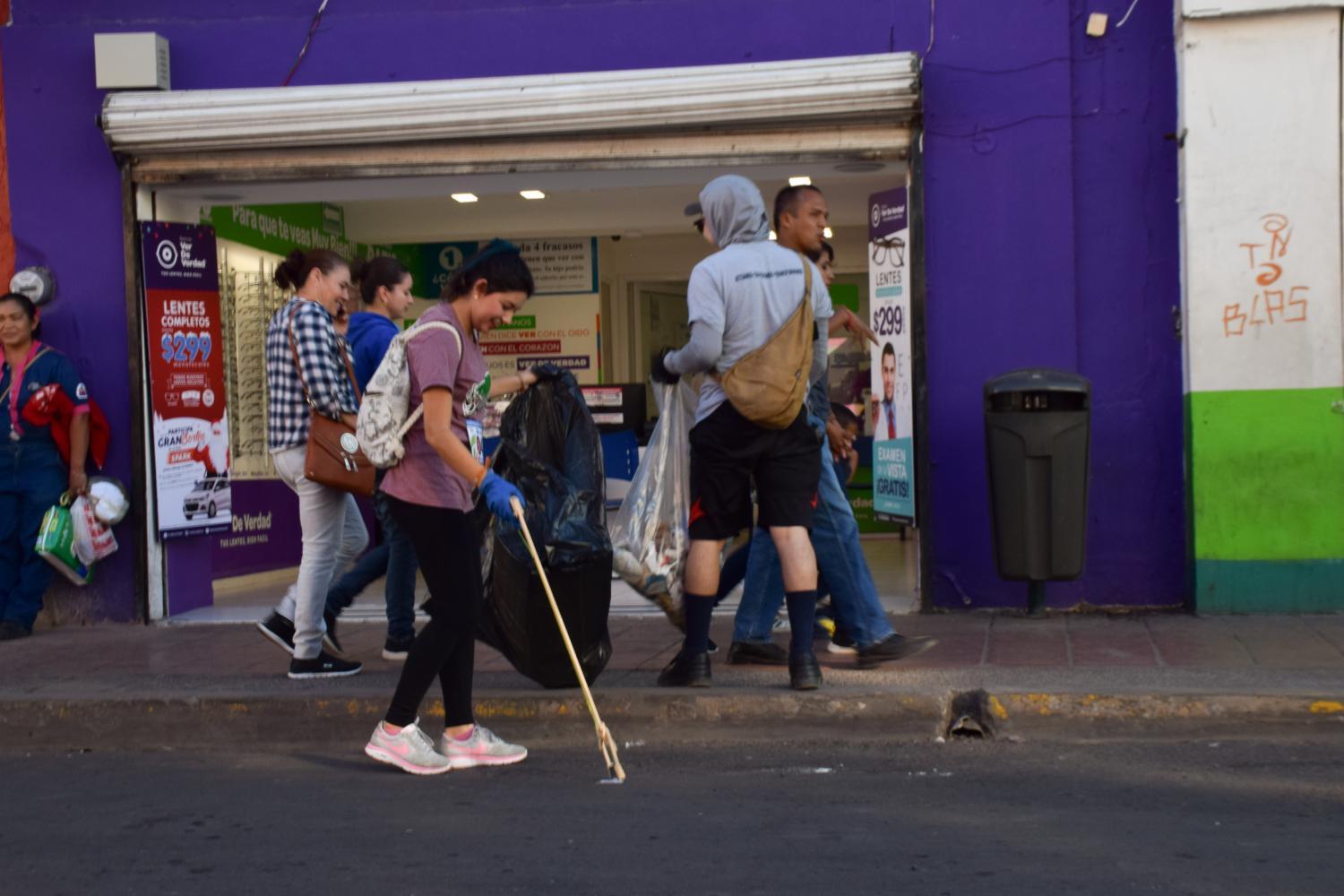 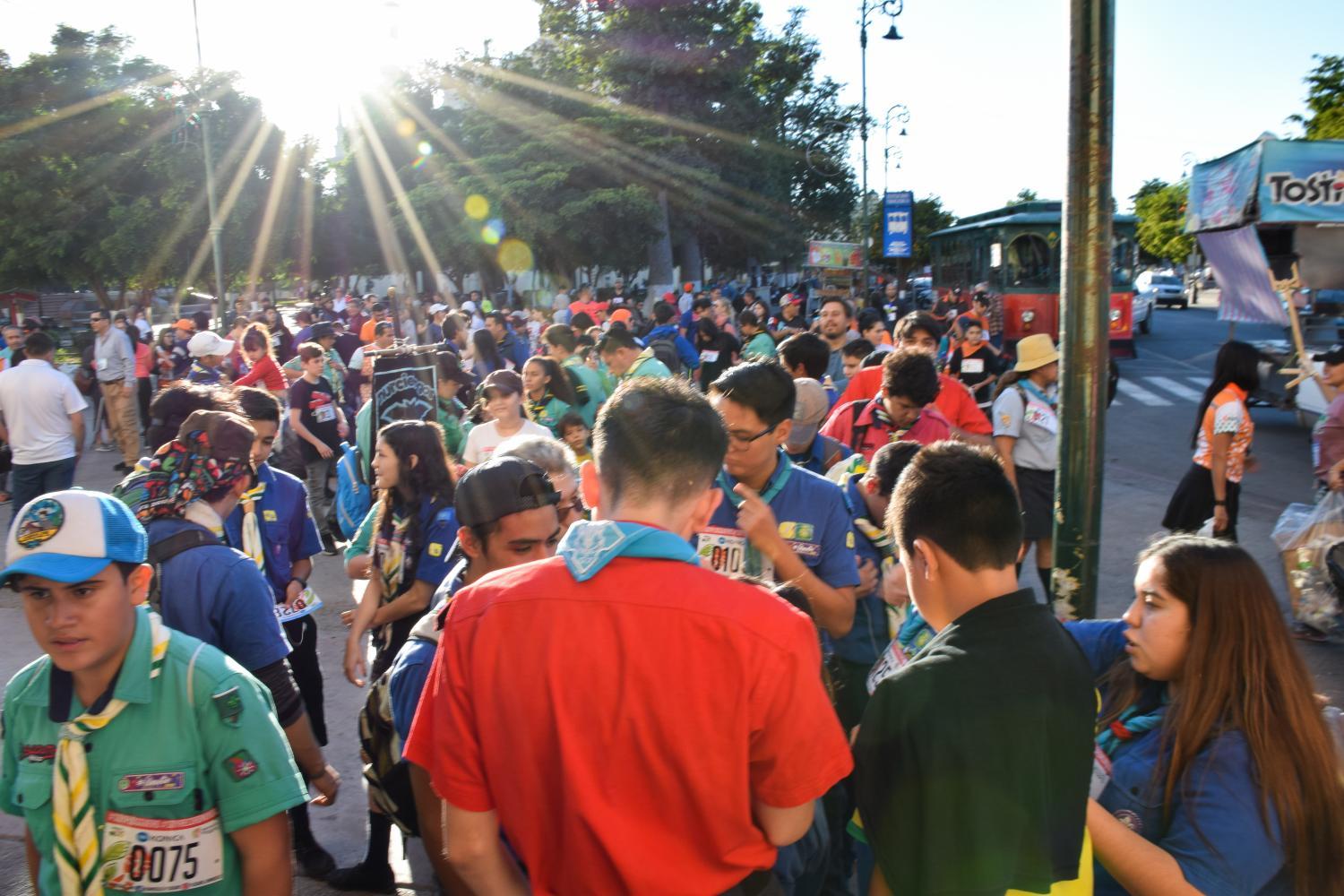 Kendal Blust/KJZZ
Ploggers gather in the main plaza in Hermosillo, Sonora on Dec. 8, 2018. 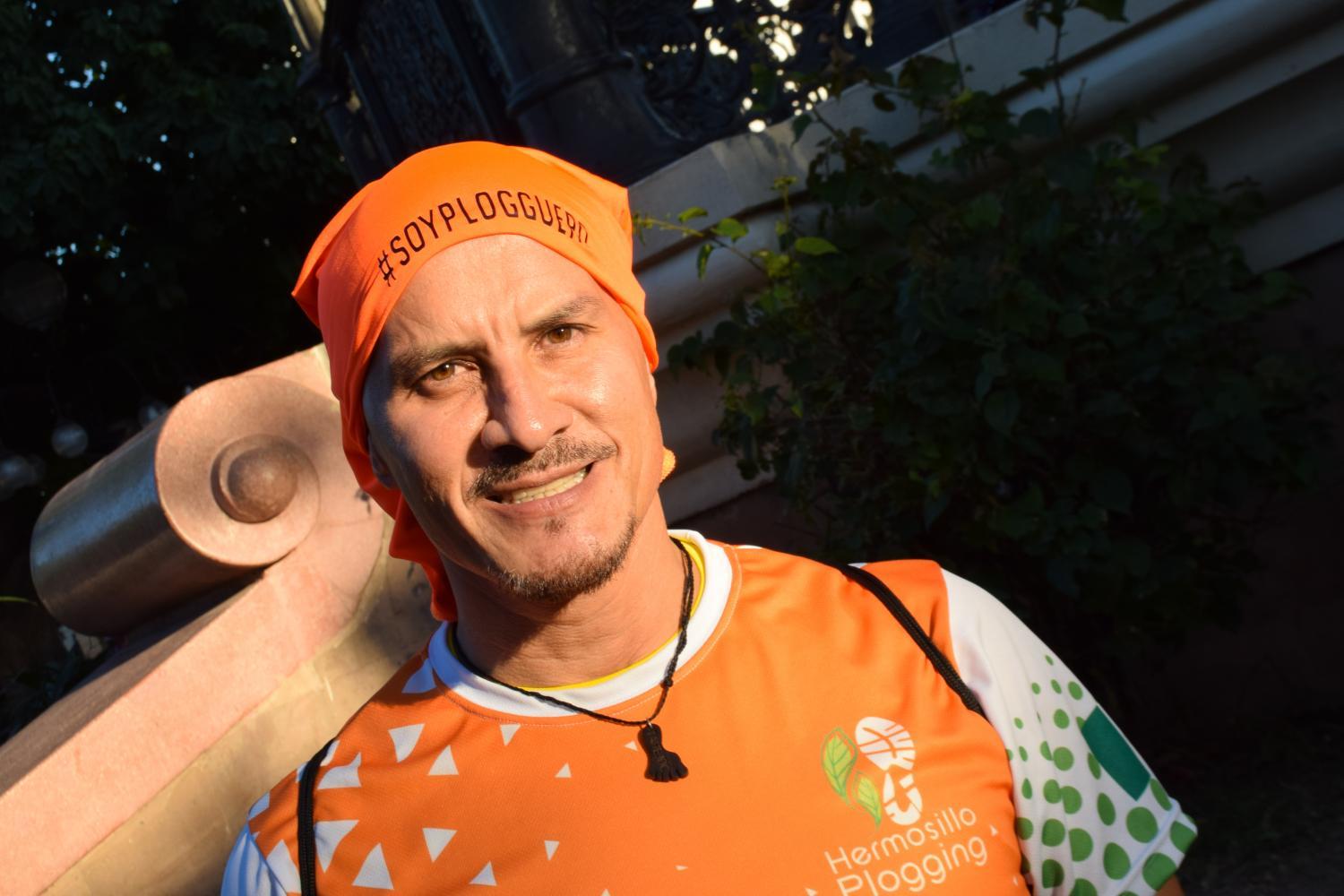 Kendal Blust/KJZZ
Aarón Montaño, an organizer with Hermosillo Plogging, at the world record event on Dec. 8, 2018. 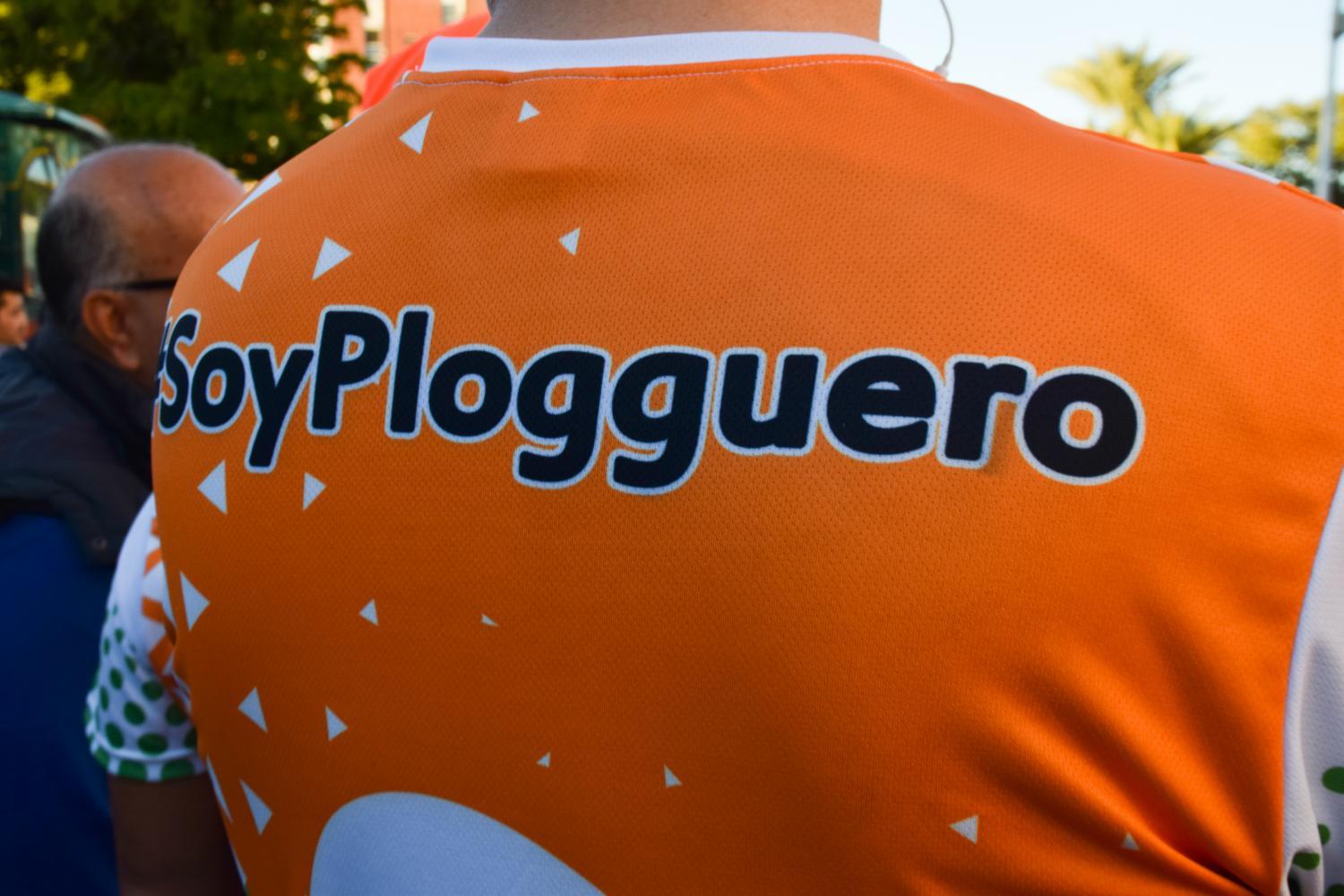 Kendal Blust/KJZZ
Some participants at the Hermosillo world record plogging event on Dec. 8, 2018, wore shirts that say "Soy Plogguero," or "I'm a plogger." 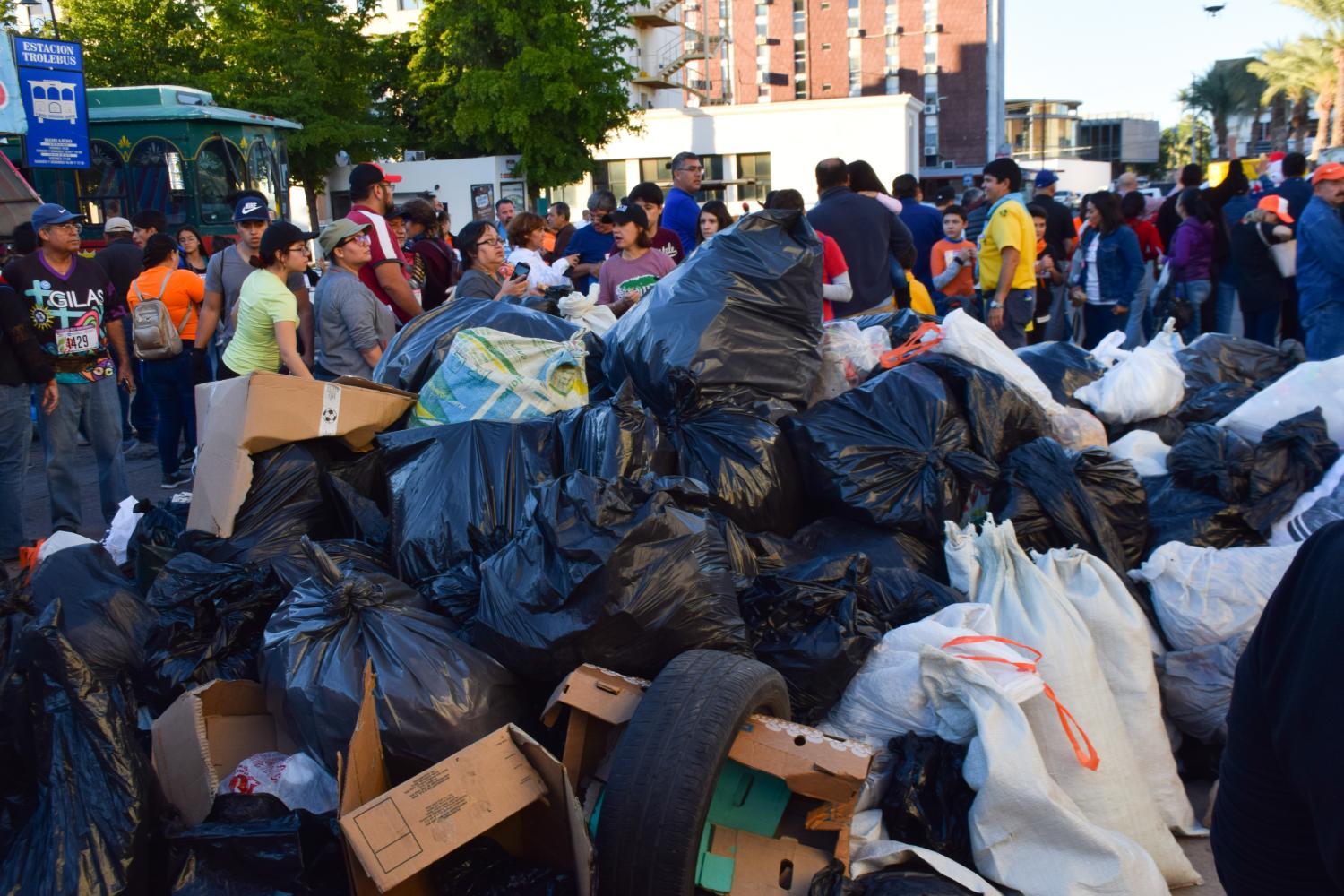 Kendal Blust/KJZZ
A pile of the trash collected during the Hermosillo Plogging event on Dec. 8, 2018. 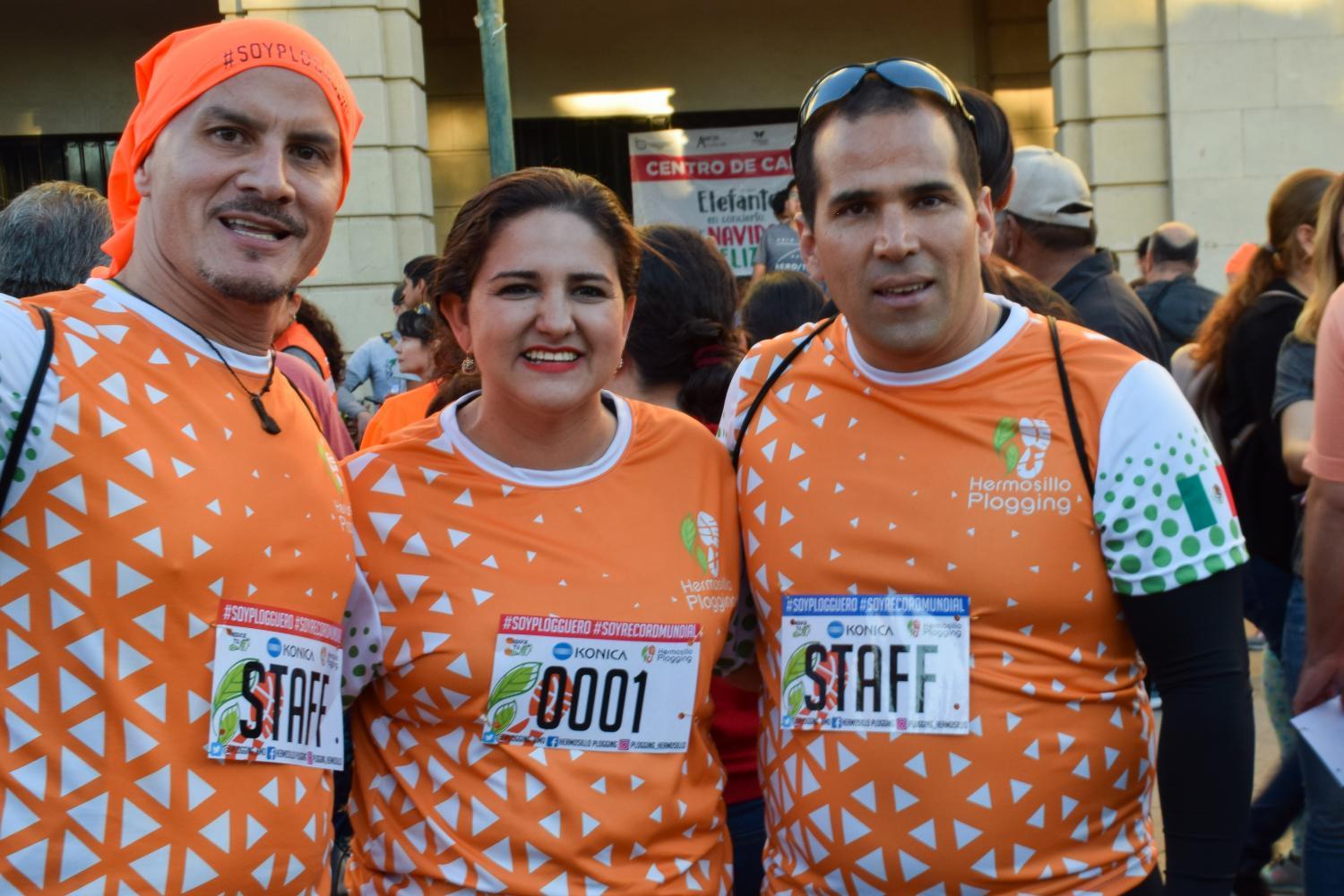