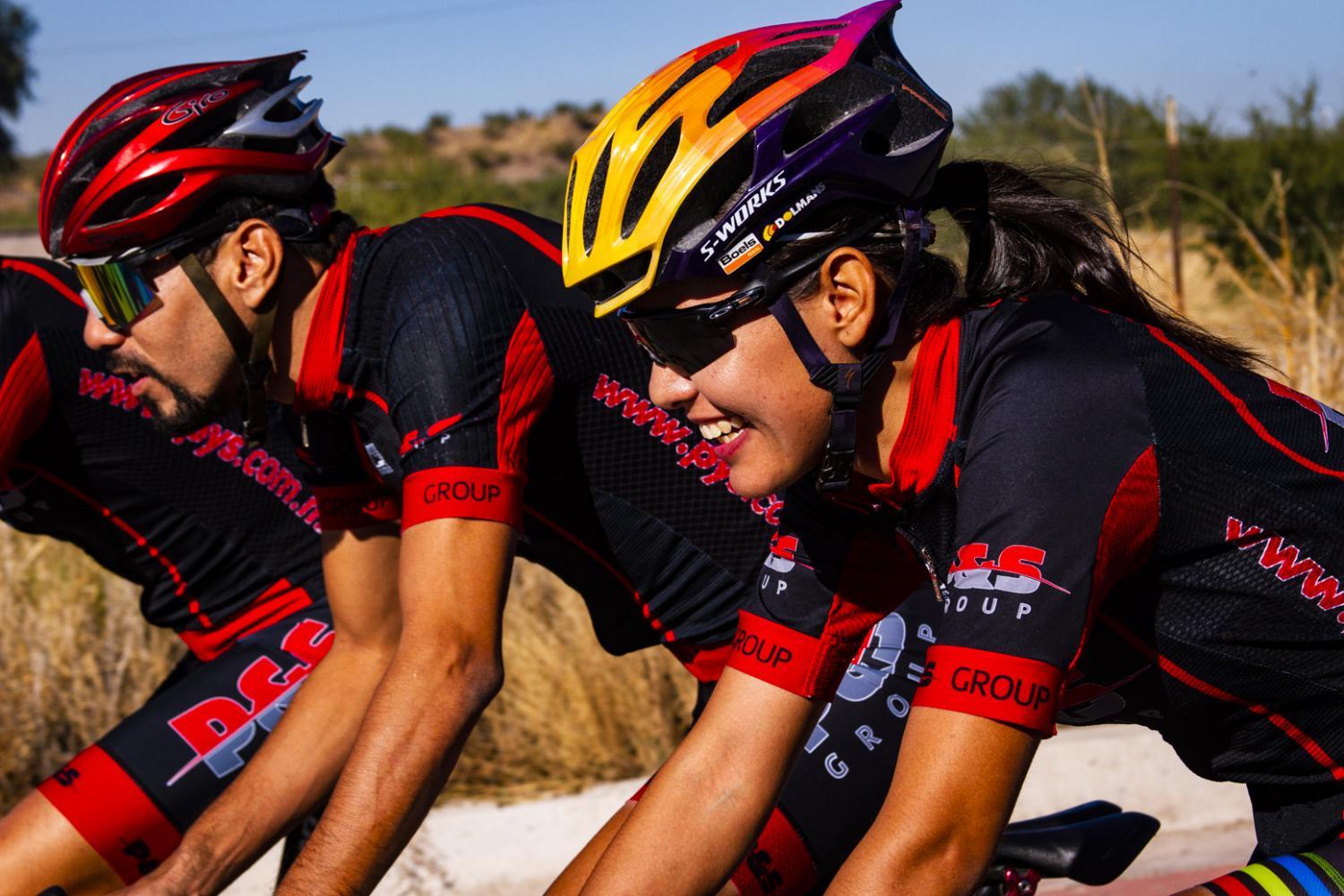 It’s a brisk early December morning on the outskirts of Hermosillo. A team of cyclists is clipping into their pedals and rolling out onto a short circuit.

This is P&S, an amateur team based in Hermosillo and sponsored by a local engineering firm of the same name. You may have never heard of them, but its riders have frequently dominated the annual Tour de Tucson. Team captain David Salomon won it in 2018. His sister Betsabée Salomon won the year before.

“We don’t have the road culture of protecting cyclists,” said team owner Arturo Porras, as he trailed the team in his car, shielding them from other drivers. “We escort the riders, so there’s not some kind of accident.” 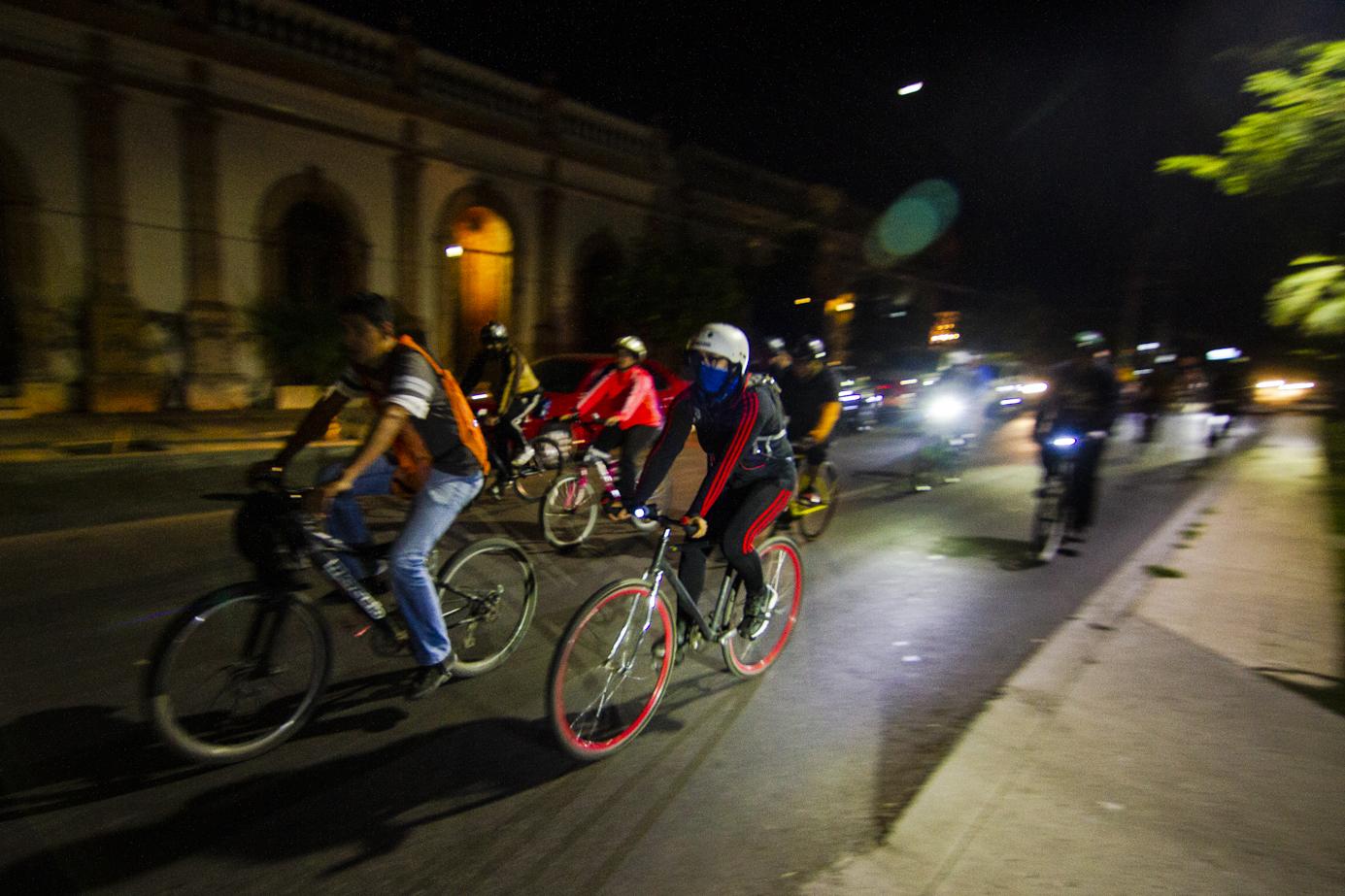 “When I started cycling, there weren’t that many others,” said David Salomon, a two-time Tour de Tucson winner. “But as the years passed, it’s been growing, a lot of young riders have come out.”

Porras said that growth has come despite the many challenges cyclists face in the city: rough roads, drivers unaccustomed to cyclists, and limited — but growing — bike infrastructure. Growth could be even more dramatic if those conditions improved, he argues.

“I’d say there’s a lot left to do,” she said, adding that there have nevertheless been major improvements in recent years.

The fruit of those improvements can be seen in the rough doubling of bike trips taken in the city between 2003 and 2015, according to Peñuñuri.

“That doesn’t mean we’re OK,” Peñuñuri clarified. “Obviously this is a long-term project, and we have to keep working.”

“We started it out of necessity, to reacquaint ourselves with our city after eight, 10 years living abroad. To meet people, to have fun."
— P&S Founder Sergio Duron

A recent survey of Hermosillo bikers provided some insight into who rides, why they bike and the principle issues they face.

Most are low-income residents who bike to work or run errands. Safety and lack of cycling infrastructure are their principal concerns. But as to why they ride, a plurality said it was simply that biking is a faster way to get around, perhaps due to Hermosillo’s infamously scarce parking.

Mathematically, it’s impossible to continue with Hermosillo’s levels of car dependence, Peñuñuri said. Other modes of transportation are necessary.

Much of the push for bike friendly policies came from local cyclists, like participants in Hermosillo’s weekly Bikes & Beers group. Every Wednesday dozens — sometimes hundreds — gather for nighttime rides around the city, which as the name suggests, typically end with a drink or two. 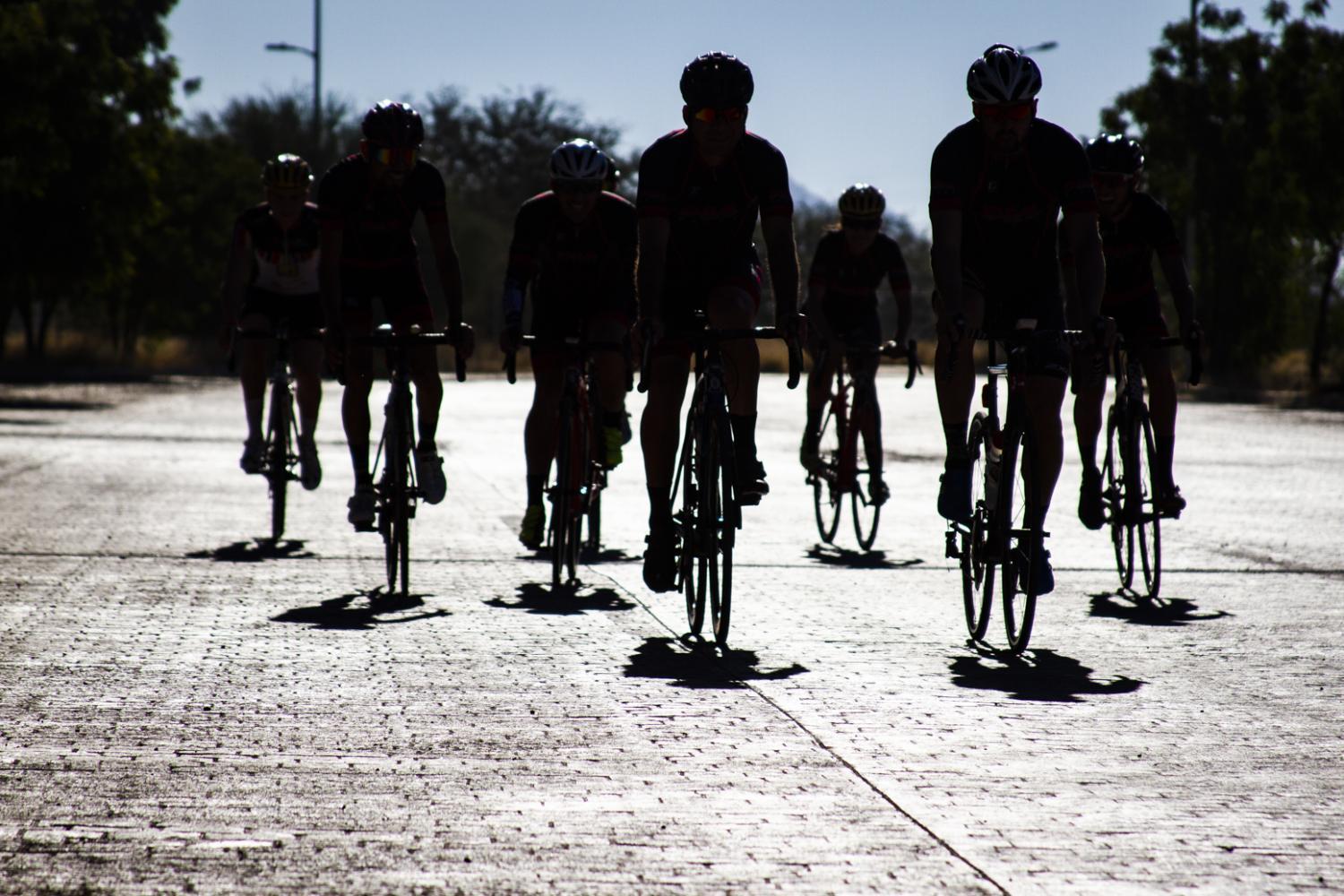 Murphy Woodhouse/KJZZ
The P&S team finishes a lap at the Estadio Sonora in mid-December.

Sergio Duron helped found the group about seven years ago. He was inspired by his experiences living in notably bike-friendly Vancouver, Canada.

“We started it out of necessity, to reacquaint ourselves with our city after eight, 10 years living abroad. To meet people, to have fun,” like he used to do in Canada and Los Angeles, he said.

But it was also about promoting bike culture and safety, among riders and drivers alike. And he says the hundreds of weekly rides held since have paid off.

“It was tough at first, but by building consciousness, that tough part has gotten better. But we still need better street culture among everybody, the whole community,” he said.

There’s still a long way to go for all users to feel safe on Hermosillo’s streets.

Nearby, dozens of riders were assembling. With the help of some friends, Duron got his bike tire fixed. Another group founder called out that evening’s route.

And then, the riders pedaled out into the night.