Federal Employees In Arizona Brace For No Paychecks As Shutdown Continues 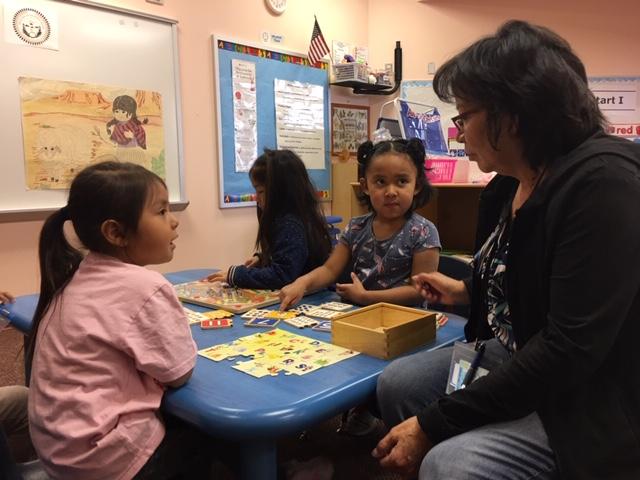 Laurel Morales/KJZZ
Head Start teacher Maxine Jensen said the shutdown has only made matters worse for the preschool and other federal programs on the Navajo Nation.

Head Start teacher Maxine Jensen sat on a tiny plastic blue chair working on a number puzzle with a group of 4-year-olds.

Jensen said she hopes to be paid but she doesn’t know what to expect. The shutdown has exacerbated the Navajo’s already shrinking Head Start program. Since people are so spread out on the rural reservation and there are no buses available, the program doesn’t have the enrollment numbers it needs to stay open.

“I have 12 now,” Jensen said. “We’re supposed to have 15. We can’t seem to get enough children because of the distance. There’s no bus available to bring in the kids.”

During the 2013 shutdown, many Head Start centers ran out of funds, but this go around Congress funded the program through the end of the year.

Under normal circumstances Friday would be payday for federal employees. But those who have been furloughed due to the partial government shutdown won’t get a check yet. And for Arizonans — both in rural and in urban areas — that won’t be easy to manage.

On the Navajo Nation half of the tribe is unemployed. So often that federal paycheck has to stretch beyond the immediate family to support the extended family.

“My co-workers we live from paycheck to paycheck, which is going to hit hard here,” said Tony Robbins, a natural resources manager for the Bureau of Indian Affairs in Tuba City.

Robbins said he has enough to get by without one paycheck but take away another, and he’ll be hurting.

"There’s been a lower morale within our workforce, but the feeling that we are being held hostage — that takes its toll on our workforce, too."
— Tony Robbins, Bureau of Indian Affairs

He said especially when the president said there will be no cost of living raises.

With his final shift of the week starting later at night, Carnes used the down time to put the last pieces of his Christmas village back into styrofoam boxes.

Musical instruments sit in the room where Carnes worked. The 39-year-old has a son and twin daughters.

“He does drum lessons. My daughter does piano lessons. They also do gymnastics. So they’re very active, which all costs money,” he said.

Except there is no money coming into the family right now. Carnes is married to a federal employee, who is also an air traffic controller.

“We loaded up on groceries a couple days ago and are just going to ride it out and see what happens,” he said. 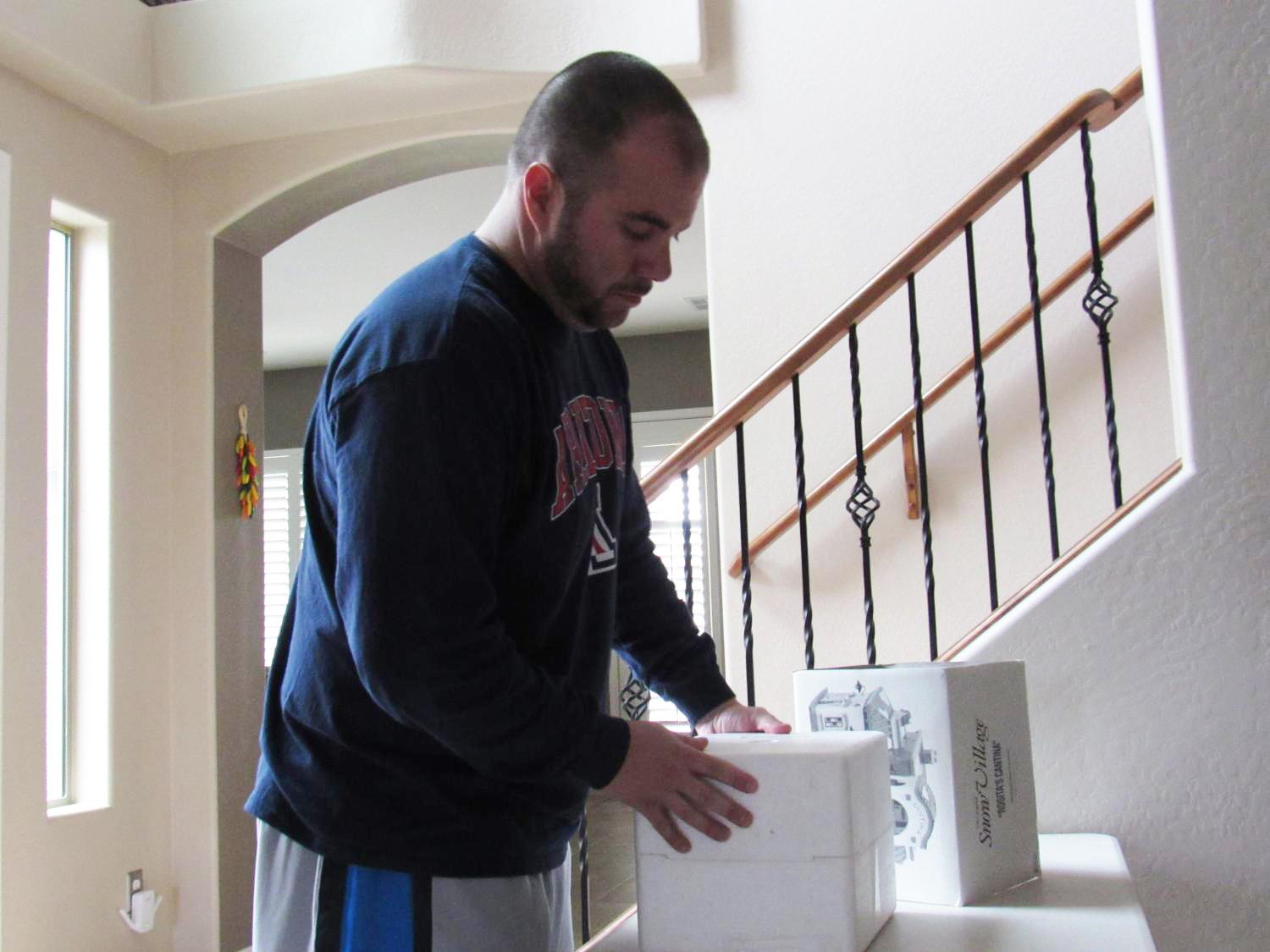 Matthew Casey/KJZZ
, an air traffic controller, packs up the last of the Christmas village at his family's home in Gilbert. Carnes and his wife are both federal employees and will both miss a paycheck due to the partial government shutdown.

The kids don’t know that, like Robbins in Tuba City, mom and dad won’t be getting paid on Tuesday. In fact, Carnes got a paycheck stub Wednesday. It was for zero dollars.

“We’re trying to keep them sheltered from it, for now. But if this continues I think we’re going to have to start making some adjustments,” he said.

Carnes said the family finances will be OK through the end of the month.

“But I think when February hits, that’s when the mortgage is due. [The] car payment is due,” he said.

But no matter how scary things get, Carnes can’t let it affect his work as an air traffic controller.

“You have lives at stake on airplanes, and you just can’t make mistakes,” he said.

Carnes said he’s not big into politics, and he doesn’t feel like a pawn in a giant chess match over funding for a border wall. As the local union representative, he just wants a paycheck for his coworkers in the Federal Aviation Administration, and himself.