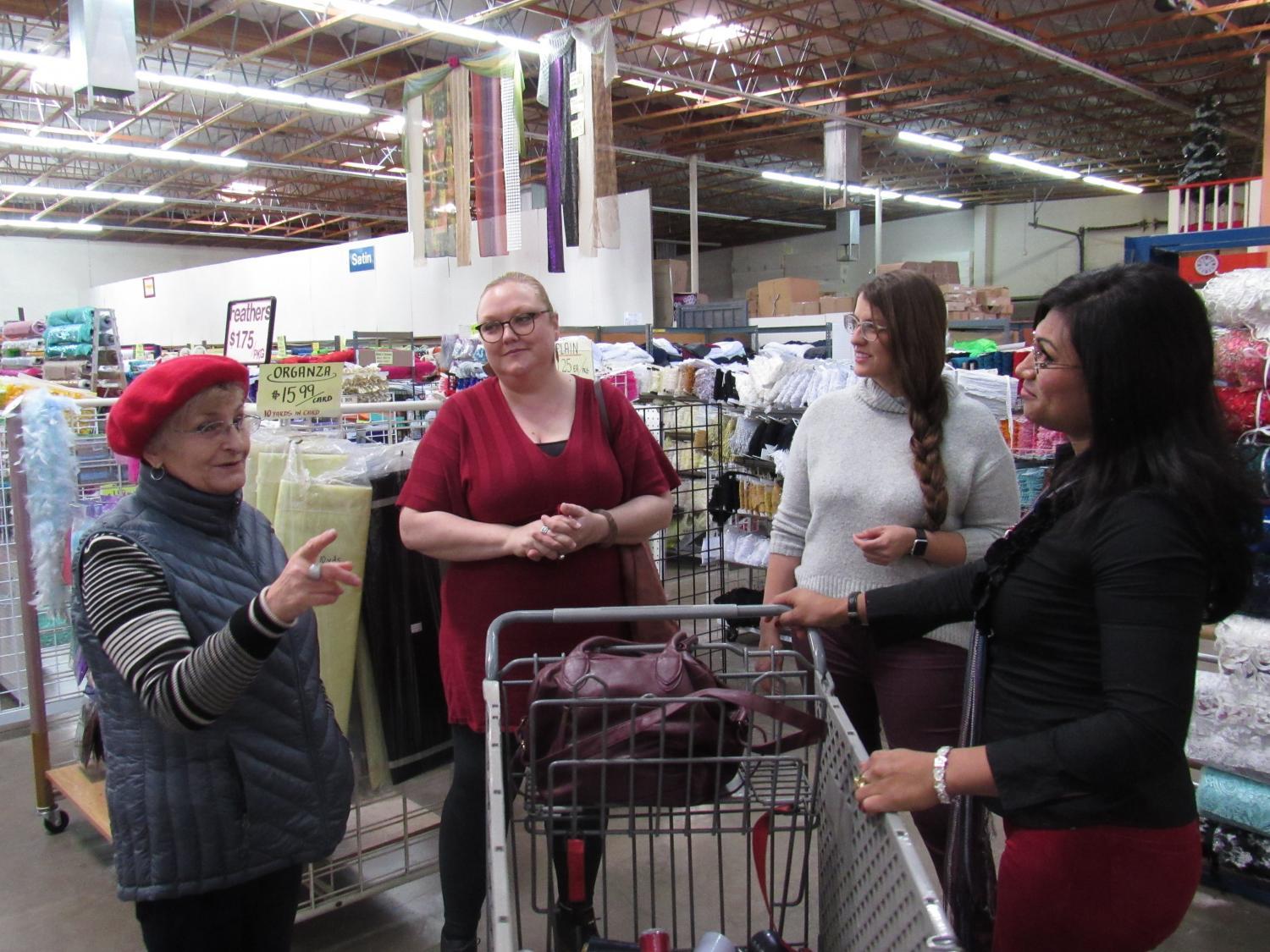 Matthew Casey/KJZZ
Lincy Sopall, and staff from the International Rescue Committee (center), get help from a clerk at a fabric store the group visited so Sopall could buy materials to make a dress in January 2019.

Lincy Sopall weaved a shopping cart through the long aisles of a fabric store. The warehouse-like building is packed with all kinds of colored textiles and materials for making clothes. Sopall came here to get supplies to make a dress for an event hosted by the International Rescue Committee in Phoenix.

“I came from Honduras because I’m transgender,” she said in Spanish.

Sopall won asylum in 2018, moved to Arizona and is building a new life. She has a regular job, and plans to use her fashion design skills for a side-hustle.

This is a big improvement from life in Honduras, where Sopall said holding a job was almost impossible. She started the transition to become a woman in her early 20s. Now her black hair touches her shoulders. Anywhere she went in Honduras, people looked at Sopall like she was an alien.

“When you get on buses, if there are men, they spit,” she said. 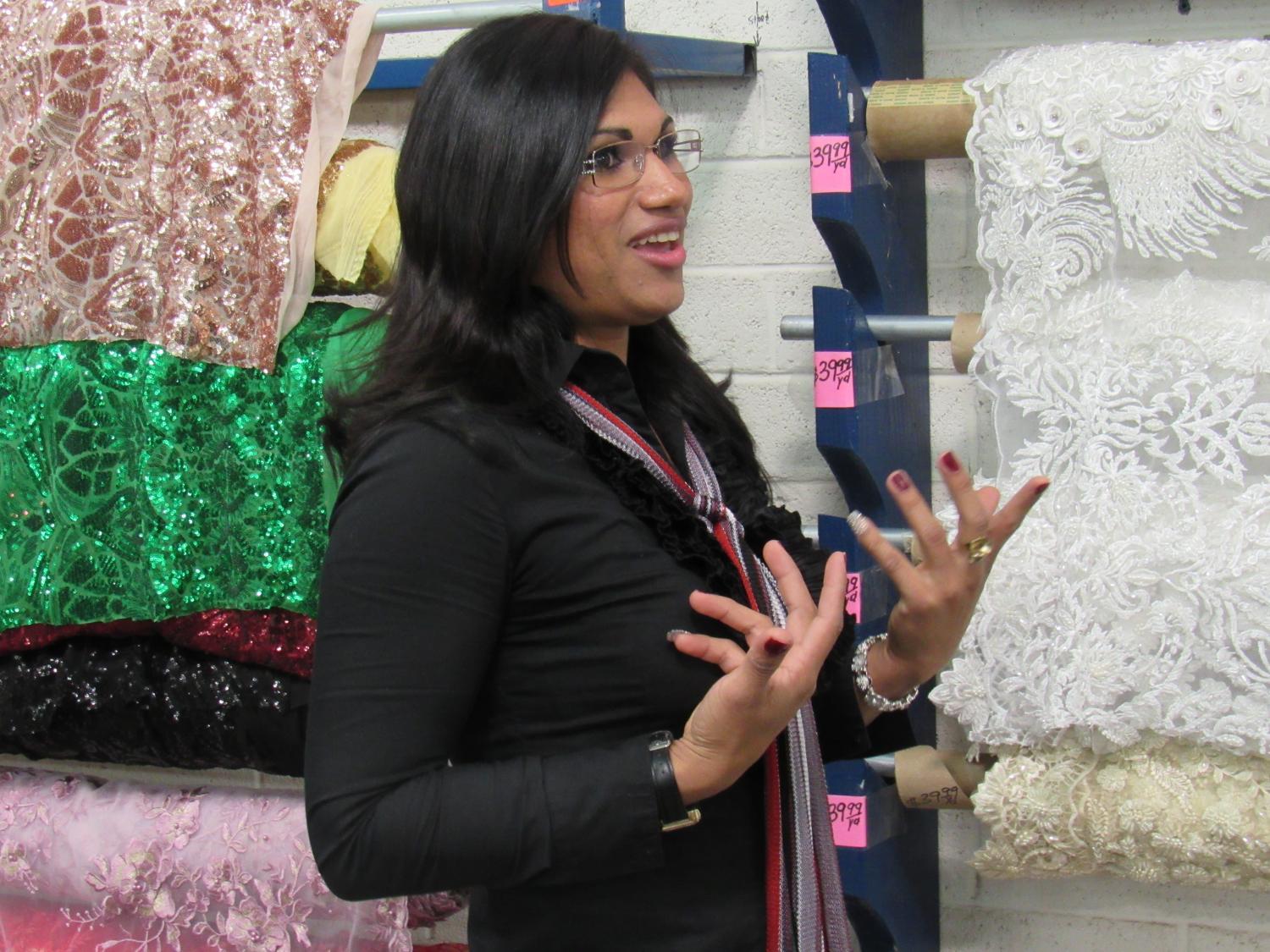 Matthew Casey/KJZZ
Lincy Sopall shops for fabrics to make a dress in January 2019. Sopall is Honduran, transgender and she won asylum in the United States in 2018.

Sopall said she was sexually abused as a child, tried to commit suicide after fallouts with family and had her life threatened by a gang in Honduras. The threat was the genesis of her journey north.

Sopall was among nearly 9,000 Hondurans who applied for asylum last year. Less than a quarter of those cases resulted in the person being allowed to stay in the United States, according to the Transactional Records Access Clearinghouse at Syracuse University.

“She struck me as someone who might have a little bit more difficulty presenting a case on her own,” said Wes Brockway, Sopall’s immigration lawyer.

Brockway is also a removal defense coordinator for the Santa Fe Dreamers Project in New Mexico. The group gives legal orientation classes to people in immigration detention, and takes on some cases of people, like Sopall, who are held in the Cibola County Correctional Center.

“Because a lot of her trauma was very recent and very fresh, and it was also on top of a lifetime of trauma that had started at a very young age and was very severe,” he said.

“When you get on buses, if there are men, they spit.”
— Lincy Sopall

Sopall’s testimony was consistent and she gave strong evidence in court, where she appeared via video-conference because the immigration judge was in Colorado, Brockway said.

Unlike most people, Sopall’s case moved quickly. She said she entered the U.S. last January, spent more than three months in detention, and won asylum in May.

Asylum seekers can wait years for their case to go forward, she said.

“The real crisis that’s happening at the southern border is with asylum,” Pierce said. 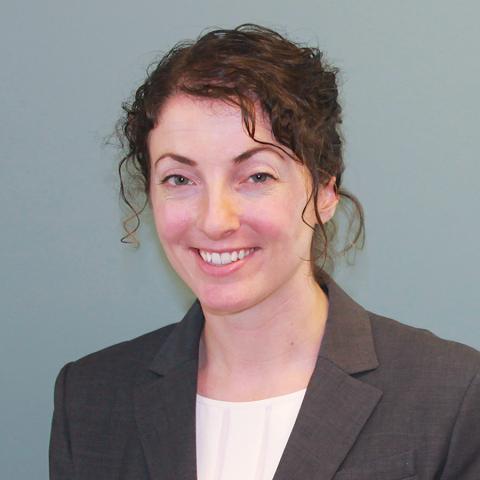 “The real crisis that’s happening at the southern border is with asylum,” Pierce said.

After preliminary screening, asylum cases get sent to the immigration courts, which have a huge backlog that’s been inflamed by the partial government shutdown over money for a border wall.

Pierce said the U.S. should invest in totally revamping the asylum system instead.

“That would eliminate a big flow that’s going into our court system right now, and it would allow these cases to be adjudicated faster, more efficiently,” she said.

After Sopall quickly won her case, a LGBTQ activist group helped her move to Arizona, where Sopall has gotten more help from the International Rescue Committee. IRC sent its development manager to translate, plus the micro enterprise coordinator, on the trip to the fabric store.

As they looked at different kinds of textiles, Sopall explained to them a basis for design that will guide how she makes the dress — it’s important to acknowledge the annual trend, but then also do something a little different that shows one’s personal style.

Sopall picked out her materials, had them cut their rolls, and then paid the cashier less than $150 for everything. She believes they can be made into a dress that’s worth thousands of dollars. Sopall said her faith in God got her to this point. And she doesn’t want to become a burden on the U.S.

“If you leave your country, and the U.S. gives you big chances to do something, it’s best to help this country so it can keep helping others,” she said.