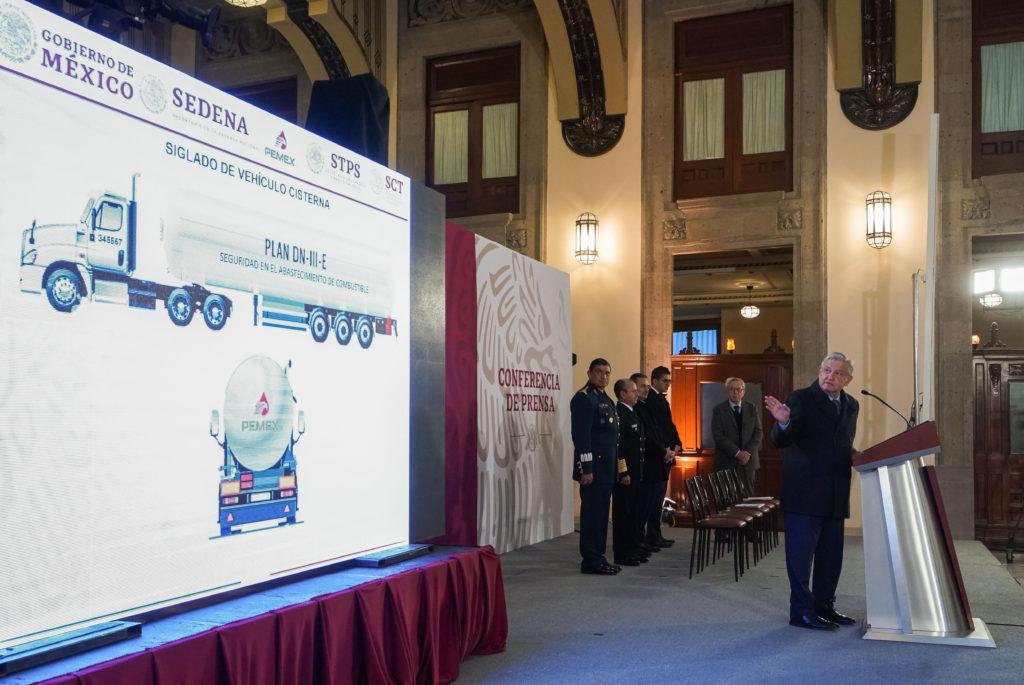 Office of the President of Mexico
Mexican President Andrés Manuel López Obrador explaining the government´s strategy to use trucks instead of pipelines for fuel during a conference.

MEXICO CITY — The death toll from Friday’s pipeline explosion in Mexico has risen to almost 100, while dozens are still injured.

The gas duct exploded in the town of Tlahuelilpan, Hidalgo, in central Mexico. Most of the victims were stealing gas from a leak before the explosion. Later it was known that a few soldiers and local officers tried to warn the mob without any confrontations or arrests, sparking a debate on who’s to blame for the incident.

The explosion came while the Mexican government fights fuel robbery by shutting down gas pipelines, a controversial strategy that had shortened gas supply in many states of central Mexico, including its capital, Mexico City.

As part of the strategy, the Mexican government recently spent $85 million to purchase 571 gas trucks from the U.S., while hiring thousands of drivers and assigning them to the army control on the operation of some truck routes.

Mexico’s president, Andrés Manuel López Obrador, said the government will help the explosion survivors rather than prosecute them, arguing that poverty fostered the thefts.

But critics say the government has being negligent and evasive, or even repeating mistakes from previous administrations.

Mexico is militarizing the supervision of refineries and pipelines. Sánchez says the strategy will not dissuade crime, while increasing the risk of violence.

“Every new government has its new enemy,” Sánchez said, arguing that the López Obrador administration chose gas thieves or “huachicoleros” as their main target.

“The problem is that (López Obrador) is choosing the exact same strategy his predecessors used for fighting other crimes, like drugs,” said the analyst, explaining that militarized operations have been proven to fail.

For Sánchez, the tragic outcome of the explosion showed that the Mexican government needs more intelligence, social support and enough federal forces reacting in reasonable numbers and in a timely manner.

Sánchez said it’s important to analyze the facts and actually hold accountable whoever is responsible for the tragedy.

“What we are normalizing as a society is impunity: the fact that there are no sanctions for illegal conducts, and the fact that the authorities are not acting according to the law,” Sánchez said.