In Mexico, Expectation Arises As The Cannabis Market Opens 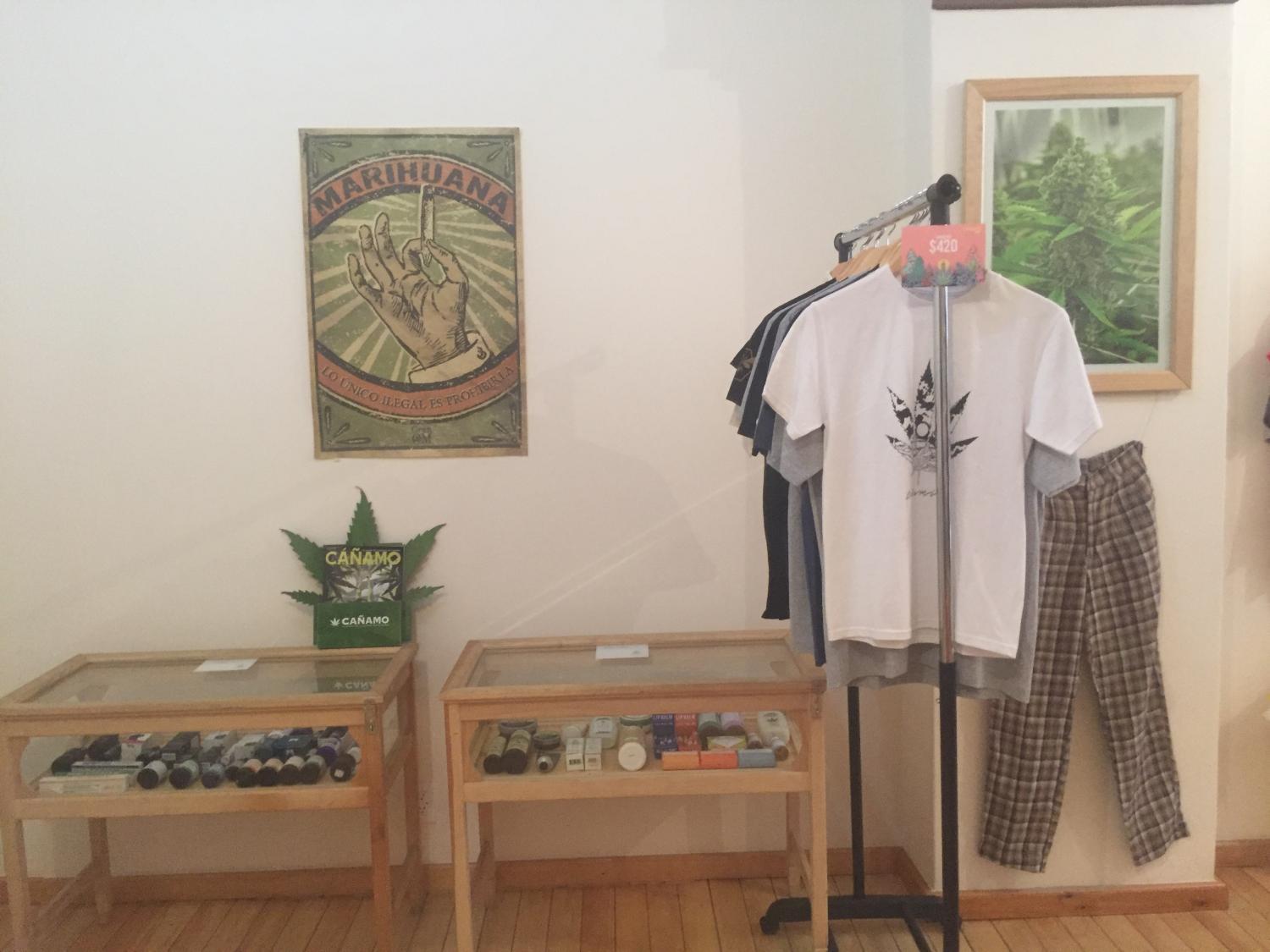 MEXICO CITY — After almost two years since Mexico approved the use of medical marijuana, nearly 40 cannabis-based products are ready to be sold.

The United States will be one of the main exporters. But what does it mean for Mexico to open the legalization of a cannabis market after being “punished” for decades by its illegal production and trafficking?

Pedestrian lights chirp on Madero street in downtown Mexico City, where about 350,000 people walk every day.

It’s supposed to be Mexico’s busiest street pedestrian-wise, and many businesses and street vendors take advantage of this.

And almost hidden in the middle of the hustle is a quite peculiar place. It’s the size of a living room and it recently opened: the Mexican Cannabis Museum and Shop. 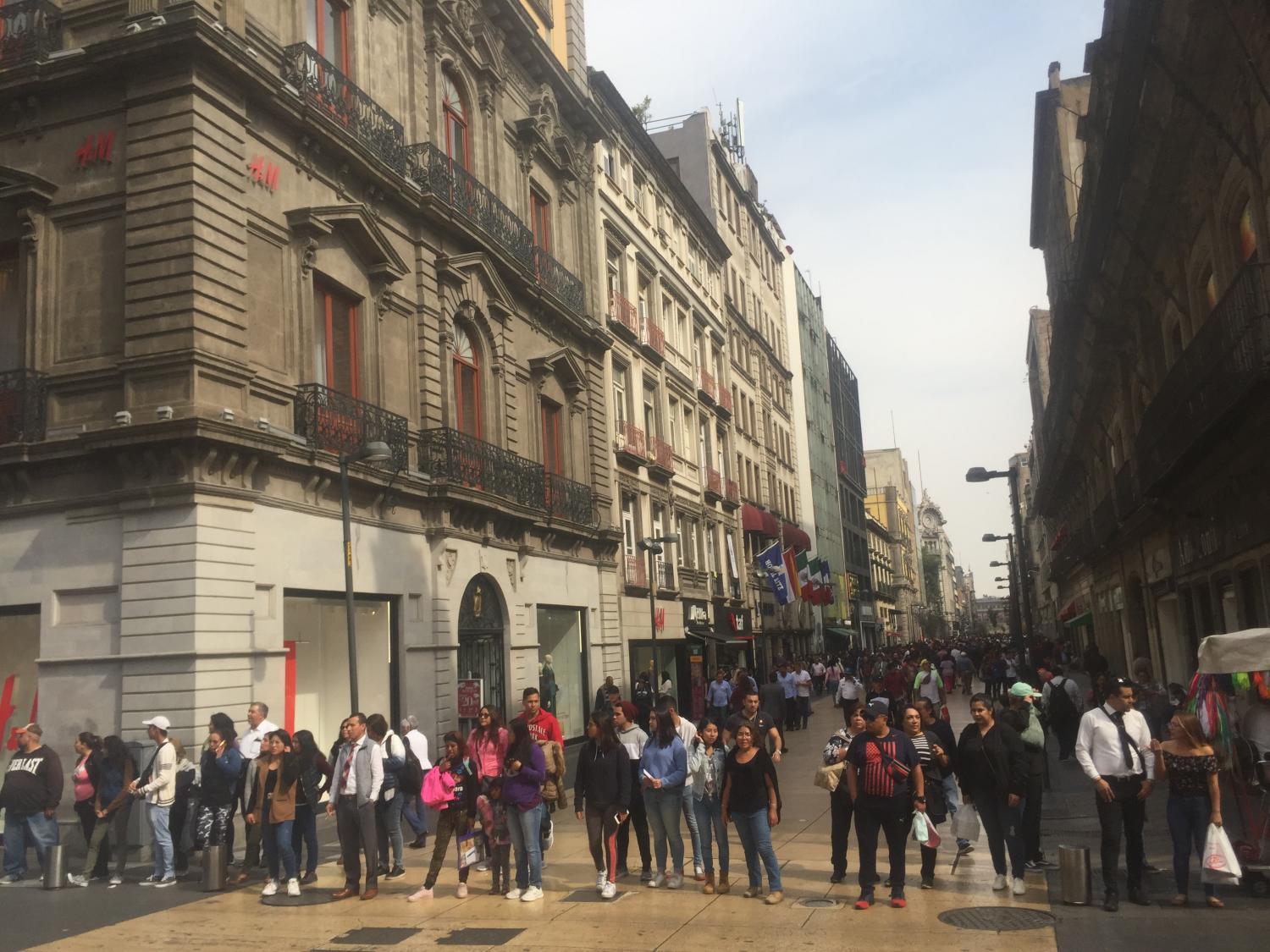 Rodrigo Cervantes/KJZZ
A view of Madero Street — in downtown Mexico City — one of the streets with more pedestrian traffic in the country.

Everything here is made from hemp, a variety of the cannabis plant. The organization that owns this place also publishes a magazine and organizes a yearly congress about marijuana and its legalization.

“We want people to learn more about cannabis and go beyond “pachecos” (slang for “potheads”), and learn about the true potential that hemp has,” Velázquez said.

In 2017, Mexico amended laws to allow the medical use of cannabis, but the first licences were not released until last November. Within the next few days, the cannabis products will finally enter the market.

Pioneers In The Market

CBD Life is one of the first companies in Mexico to sell cannabis products, among them, gummies and energy drinks.

“We have the advantage that we don’t have the same taxes as in California, but from a restriction standpoint, from a quality standpoint, is as much as anywhere else in the United States,” said Alejandro Montano, director of international business development at CBD Life.

By law, products must have less than 1 percent of a substance known as THC, and may use the medicinal component called CBD or cannabidiol and that’s because, like Montano explained: “CBD does not get you high, THC does.”

There’s more than 100 cannabinoids, Montano said. He thinks cannabis will become more and more popular for its medicinal characteristics, but also market-wise as it is easy to produce and less toxic than alcohol and tobacco.

Montano said their products will have significantly lower prices in Mexico than in the U.S., expecting to sell high volumes. Producing in Mexico would drive their costs down, but they have to import from the United States, where hemp can be grown and processed.

“It’s an interesting dynamic to observe something that used to go in one way, and now it’s all the way around,” Montano said. He thinks it’s a mistake to correlate violence and the legal marijuana market.

But others see a connection.

More To Be Done

Lisa Sánchez is the executive director of Mexico United Against Crime, a nonprofit advocating for drug policy reforms. She thinks it’s good that Mexico is opening and regulating this market, but the government hasn’t issued the secondary laws such as manufacturing rules.

“Basically, Mexico has been evolving from a very restrictive policy to a less punitive approach,” Sánchez said.

However, the lack of the secondary rules has left the door open to illegal production.

“It’s a horrible paradox having all this installed production in Mexico and being a historically producer country, now being importing products from Canada and the U.S.,” Sánchez said.

The analyst said that even if cannabis consumption in Mexico stops being illegal on paper, it still is in practice.

“What actually fuels crime in Mexico is not the legal status of a substance, but rather the impunity and the atrophy in which the institutions function,” Sánchez said.

He hopes the government revises the laws to avoid monopolies, but also to prepare itself for the next logical step: recreational marijuana.

“We need enough control in the hands of the state, but also enough liberties, so that this market doesn’t cause the harm that it does when left illegal,” said Sánchez. 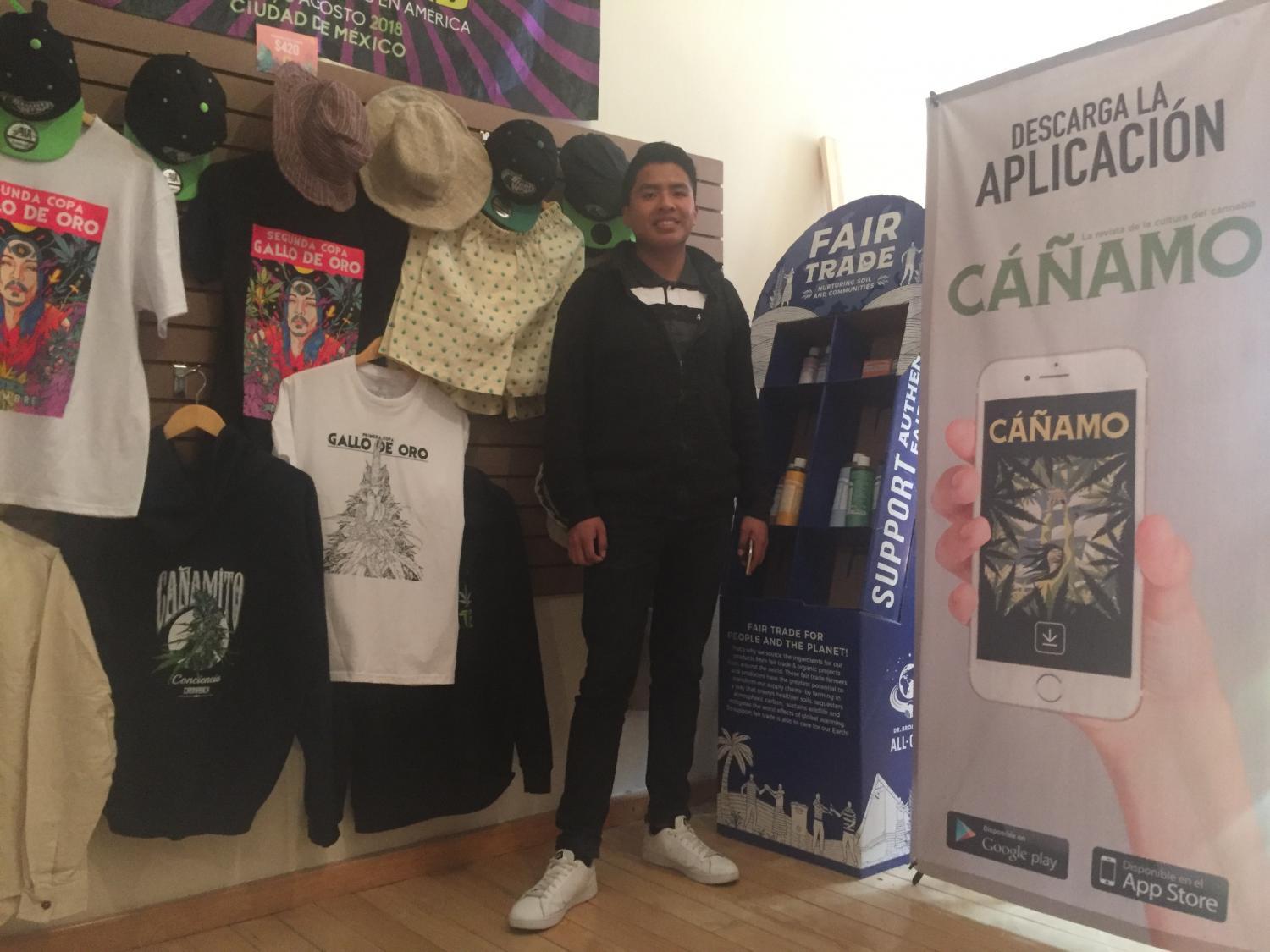 Rodrigo Cervantes/KJZZ
Benjamín Velázquez works at the Cannabis Museum and Shop in Mexico City.
CBD Life
Some of the cannabis-based products that CBD Life will sell in Mexico; among them, gummies and energy drinks.
BusinessFronterasMexico Science