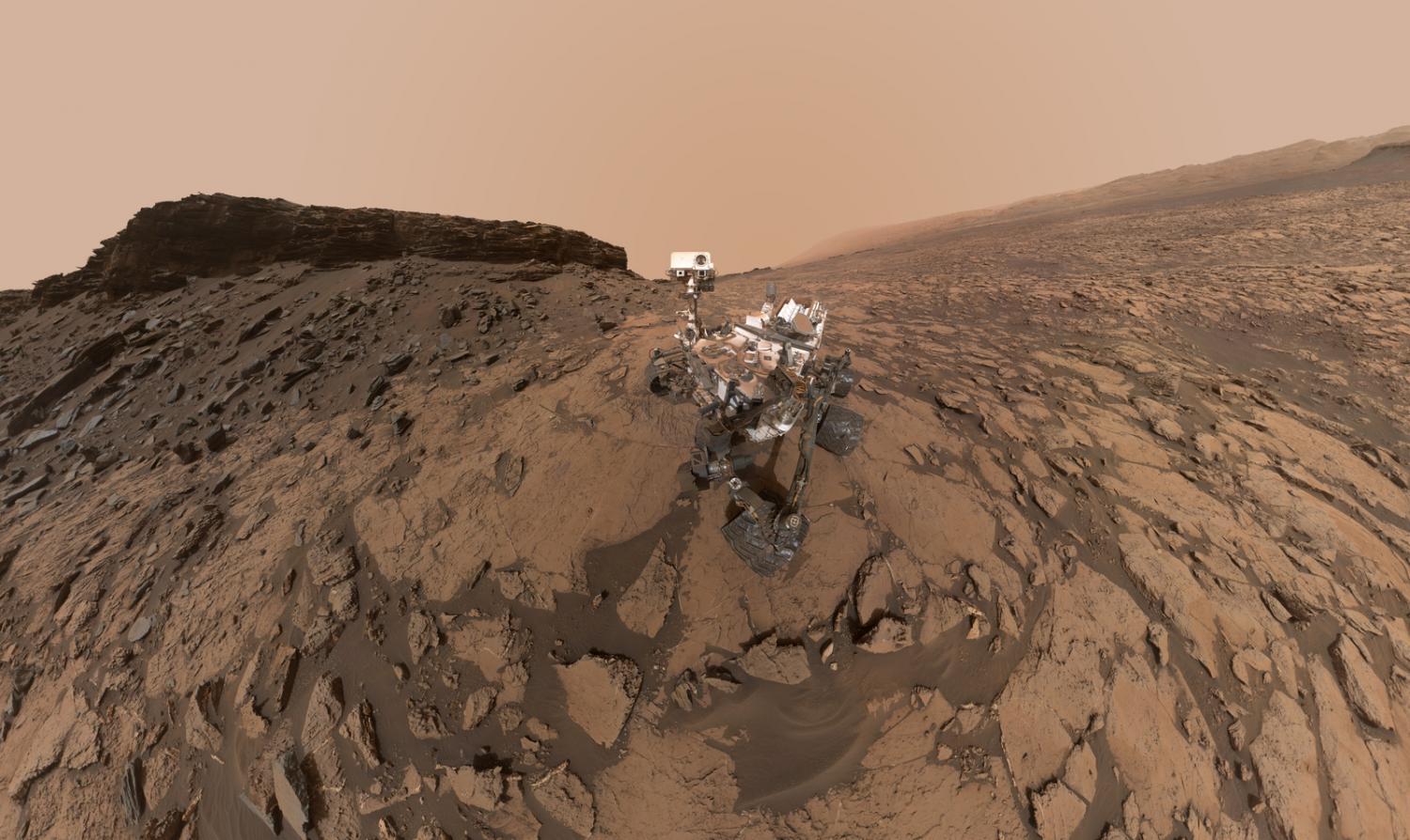 NASA/JPL-Caltech/MSSS.
A self-portrait of NASA's Curiosity rover in the Murray Buttes area of lower Aeolis Mons.

But how did it form? Did it, as some say, emerge as wind eroded a crater filled to the brim with sediment?

That appears less likely following a recent study in the journal "Science."

"By comparing the density of the minerals, or the building blocks that make up the rocks in Gale Crater, using the gravity data, we can understand the conditions under which the rocks formed," said co-author Travis Gabriel, a doctoral candidate at Arizona State University's School of Earth and Space Exploration.

Unfortunately, a mobile laboratory roving more than 30 million miles from the nearest engineer can't make a pit stop to have a gravimeter installed.

So scientists turned to the next best thing: the accelerometers the rover uses to stay level and on-course.

The researchers also showed the instruments could be used to detect Martian earthquakes. 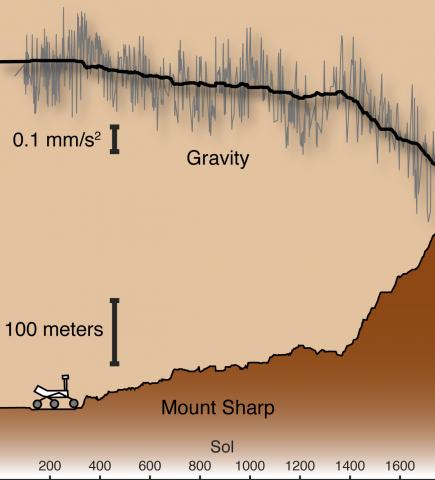 Kevin Lewis.
Measurements using Curiosity's accelerometers (gray) show a decrease in gravity as the rover climbs Aeolis Mons. The rate of decrease of the modeled gravity (black) allowed the study's authors to measure the density of the rocks that make up the mount.

Like the gizmos that track a smartphone's tilt, the rover's accelerometers detect changes in velocity or rotation. Because gravity causes objects to accelerate, researchers could combine these measurements to figure out the density of the rocks at depths of hundreds of feet.

"So this actually represents standard data that we've sort of analyzed later to obtain novel scientific insight, which is arguably one of the most exciting aspects of the work," said Gabriel.

The data revealed that the underlying rocks were too porous, and not dense enough, to have been compressed by sediments three miles deep — the amount a fully filled crater would have held.

The findings comport better with a second explanation, namely that Aeolis Mons formed as a freestanding structure built from sediments blown into the crater via slope winds, which would naturally carry sediment toward the basin's center.

The sediments would have originated mainly within an ancient lake, with occasional contributions from rivers and windblown sand dunes.

Since landing in 2012, Curiosity has ranged across the surrounding plains and lowest exposed layers of Aeolis Mons, climbing more than 1,000 feet.