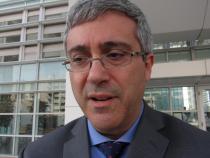 The judge overseeing a lawsuit against Motel 6 for allegedly sharing guest information with federal immigration authorities wants more information before he’ll sign off on a multi-million dollar proposed settlement.

A lawyer for Motel 6 acknowledged during Tuesday’s court hearing that tens of thousands of guests’ information was shared with immigration authorities.

"We think that's the minimum size of those whose information was shared," said Thomas Saenz, president and general counsel for the Mexican American Legal Defense and Educational Fund, which represents the plaintiffs. "Obviously, in most cases, that information did not lead to any contact with (U.S. Immigration and Customs Enforcement)."

Judge David G. Campbell wants to know more about the size of two smaller groups within the larger whole. The first is Motel 6 guests questioned by federal agents, and the second is Motel 6 guests the government moved to deport.

The data is not readily available, Saenz said.

“It’s obviously in the hands of ICE itself,” he said. “And even with ICE, it’s unclear whether they would even cooperate.”

Saenz said he’s confident his team will be able to ultimately get both the information the judge wants and compensation for the people who were wronged.

Lawyers for Motel 6 declined an interview.

The sides, which announced the proposed settlement in November 2018, have until late March to get a written update to Campbell, who scheduled another hearing for mid April.