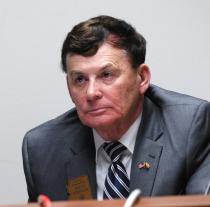 Outside investigators have been named to assist in an ethics investigation of Arizona Rep. David Stringer. The team will be led by a former assistant Arizona attorney general.

The first ethics complaint against Stringer was filed last week after the Phoenix New Times published information showing that Stringer was charged with sex crimes 36 years ago when he lived in Maryland. That complaint was filed by Republican state Rep. Kelly Townsend.

On Monday the chairman of the house ethics committee announced that Joe Kanefield would head up the team investigating the complaints. Kanefield has served as the state elections director in addition to serving as assistant Arizona attorney general.

Stringer says he was not convicted of the charges and has apologized for his comments about race.