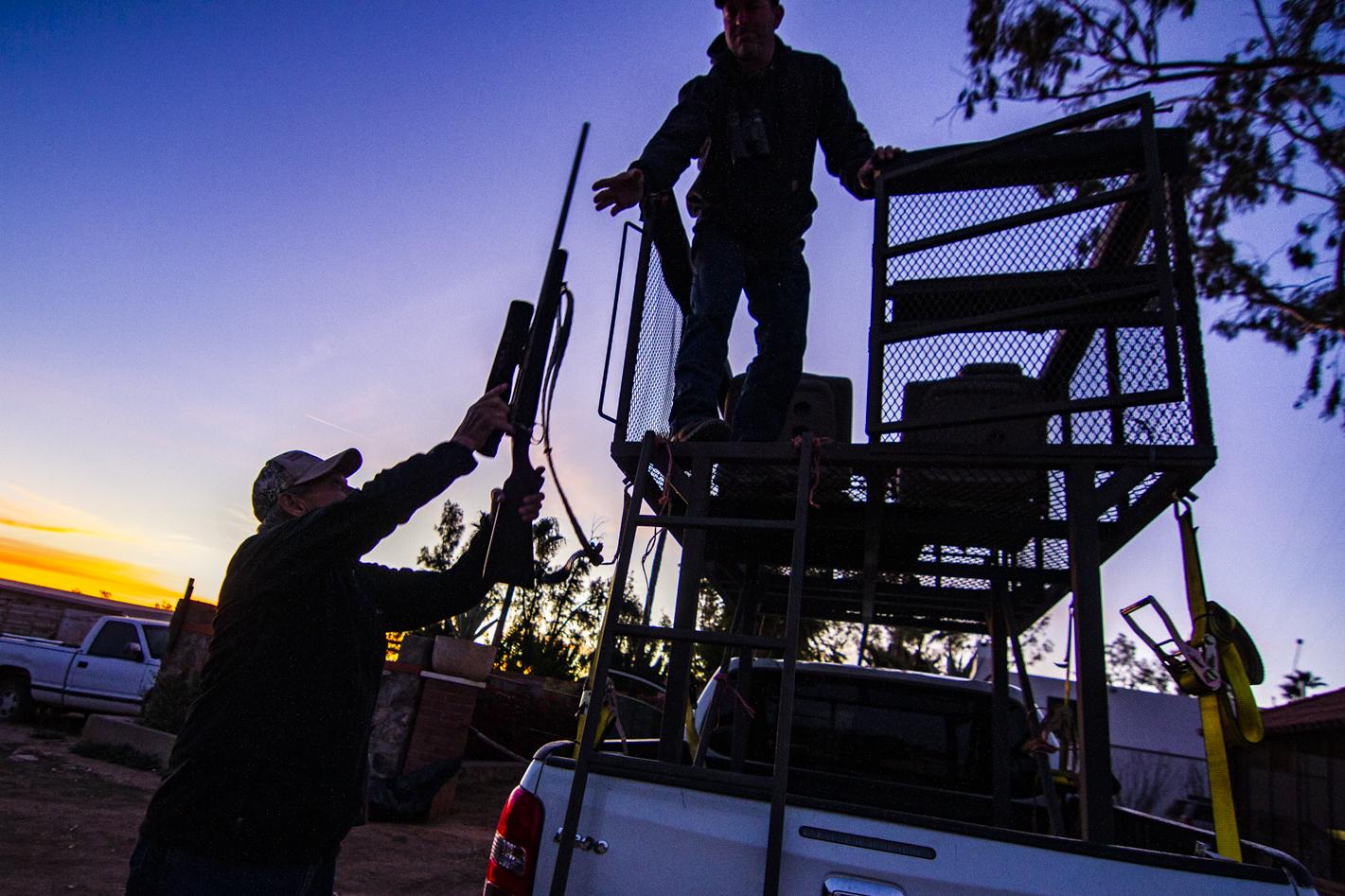 It’s just after sunrise, and hunting guide Jim Schaafsma is trudging through the brush up a small rise on a rural Sonoran ranch. He pauses just shy of the top.

“We should wait until the sun gets a little higher, where we’re not silhouetted,” he whispered. “It’ll be shining in those deers’ eyes.”

He was hoping to give his client Brandon Barnwell a good vantage on the trophy mule deer he traveled hundreds of miles from Northern California for.

From the top, it’s rolling hills tangled with mesquite, ironwood and palo verde to the horizon at Rancho Grande, which doubles as a hunting preserve and cattle ranch.

After a half hour silently waiting for the right-sized buck to pass through the draw below, Schaafsma shares his frustration with client and fellow Californian Barnwell.

“We should have had about 20 deer come into there,” he whispers. “I don’t know what in the hell.”

“They weren’t happy about something,” Barnwell quietly replied. 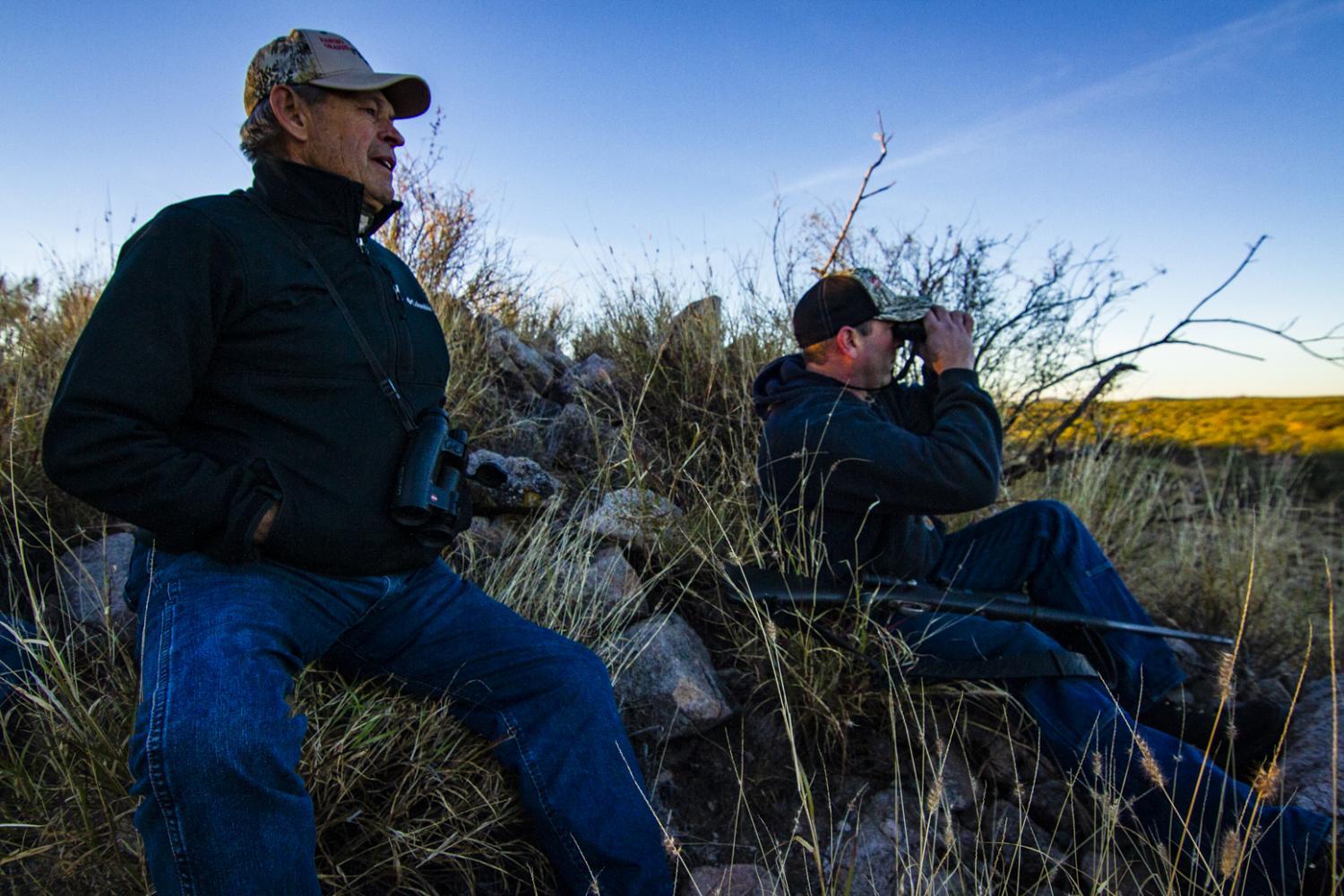 Rancho grande is still a major cattle operation, but also supports sizable herds of healthy mule deer. With high-protein feed and breeding programs, some of the mule deer are managed in ways akin to the cows they share the ranch with.

Through binoculars, client and guide glassed a number of bucks that easily bested what Barnwell knew back home. But that wasn’t good enough. Asked what they were looking for while rolling back to the ranch house after a long morning, Schaafsma said, “We’re not sure.”

“We’ll know it when we see it,” Barnwell chimed in.

A successful hunt for Barnwell could cost up to $15,000. A desert bighorn sheep hunt can command several times that price, and sometimes as much as $100,000. 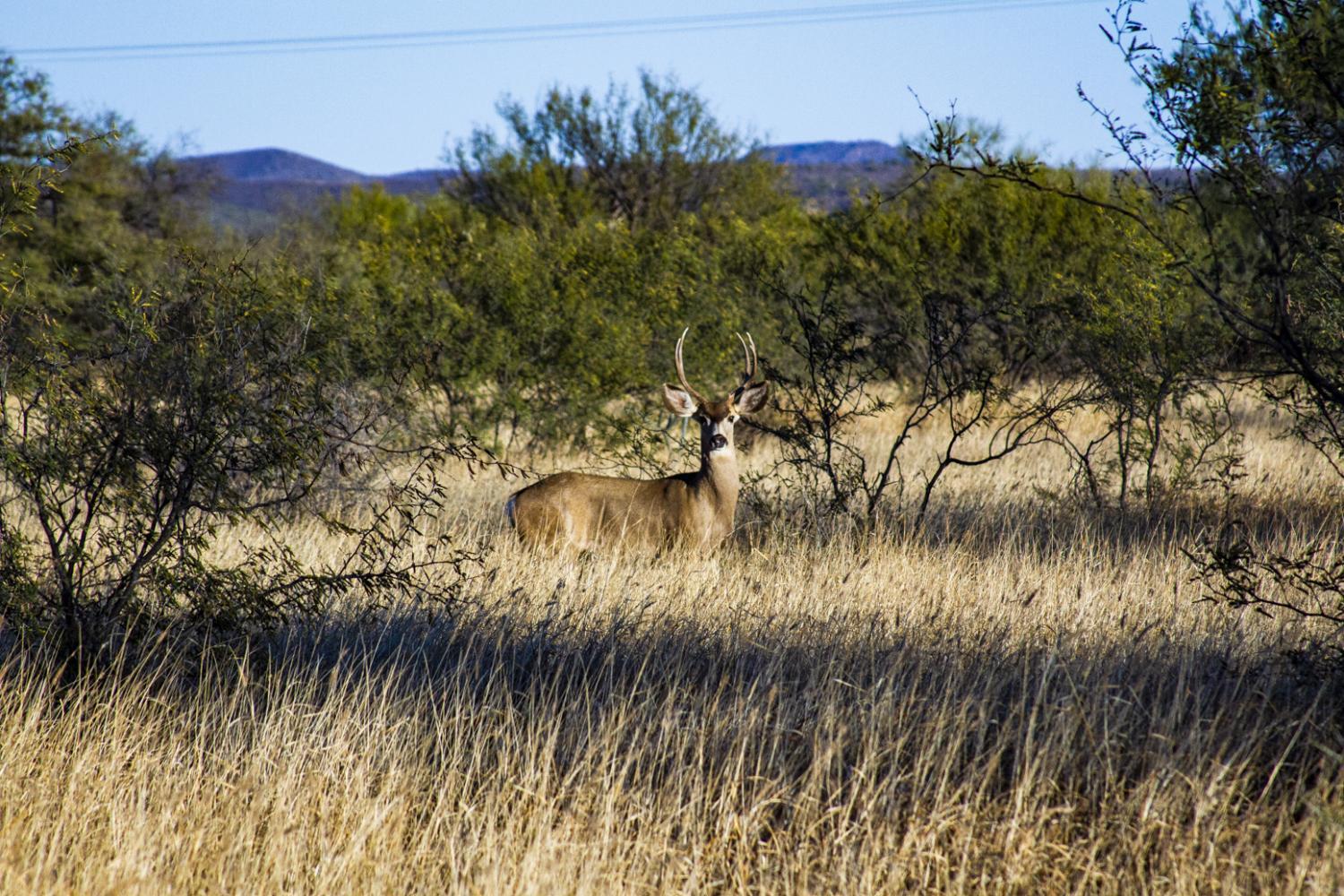 State officials are estimating up to $30 million in economic impact this season. That’s hotel stays, outfitter fees, food, permits, tips to guides and other costs for organizing hunts.

However, the state agency that oversees the hunts, SAGARHPA, sees comparatively little of that money. According to information provided to KJZZ in response to a public records request, they’ve taken in around $140,000 in tag sales so far this year. Currently, all tags — regardless of species — cost the same flat fee of roughly $16, according to records and officials. There have been discussions about requiring licenses for foreign hunters, which are required for Mexican nationals, as well as higher tag costs for certain species to increase revenues. Those changes would require federal legislation, an official said.

Hunting is also a lifeline for ranchers. Jesus Fimbres’ family owns the 48,000-acre Rancho Grande where Barnwell hunted, and says having two revenue streams to depend on has been a big part of their success.

“Sometimes the money comes very good from the wildlife, sometimes they come from the cow operation,” he said. “So, we’ve got to do both things.”

Fimbres’ ranch is what is known as an UMA, or a conservation management unit. Getting that status, which allows his family to run hunts on the property, requires developing a management plan for the sustainable use of wildlife. There are now more than 1,600 of them in Sonora, adding up to over 18 million of acres.

“There wasn’t consciousness before,” said Marco Antonio Valenzuela Martinez, head of forestry and wildlife at the state agriculture department. “But starting with the concept of the UMA, in which every producer or ranch registers as an UMA, and dedicates themselves to that activity, the care of those species became more important, because they realized the value they have.”

In Schaafsma’s nearly 30 years guiding hunts in Sonora with his company Arrow Five Outfitters, which he co-owns with his wife TinaMarie Schaafsma, he has seen that change in mindset.

“When we first came down, the mule deer were just about gone,” he said. “They were overshooting the mule deer, killing the young ones, shooting them all. They were just worried about how much they could make that year, and not the future.” 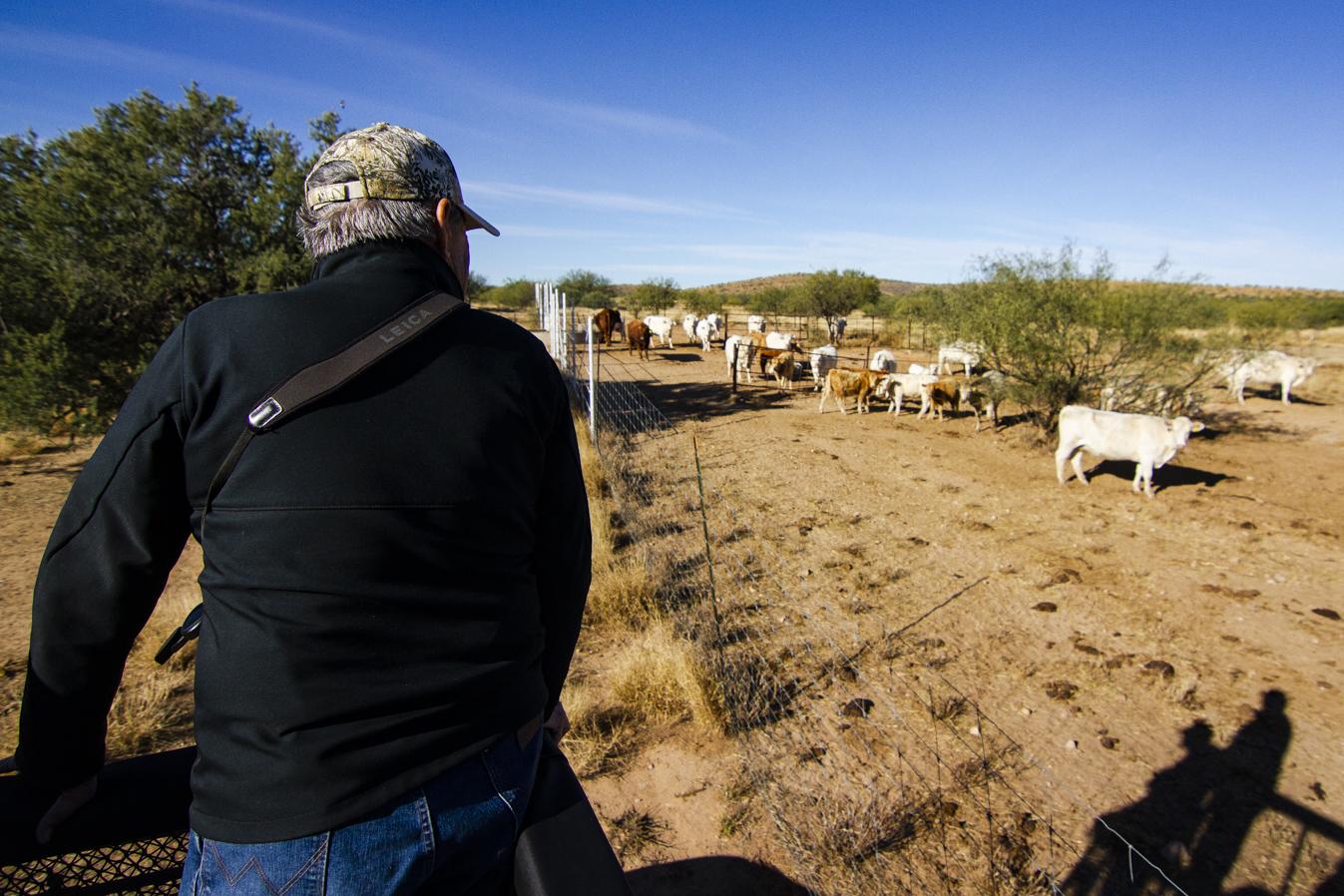 Murphy Woodhouse/KJZZ
Rancho Grande is still a major cattle operation, as well as a hunting preserve.

Improvement has also been seen in the desert bighorn sheep population, said Raul Valdez, an emeritus professor at New Mexico State University’s Department of Fish, Wildlife and Conservation Ecology. He’s studied wild sheep all around the world, including Mexico.

“If it were not for the private enterprise, there would be very few sheep in Mexico, as there were beginning in the 1970s and early 1980s,” he said. “Before sheep hunting became a major economic enterprise in Mexico.”

As Valdez sees it, hunting is a more effective conservation tool than ecotourism because most tourists require substantial infrastructure investment, and will only go to areas with major wildlife concentrations.

Hunters, on the other hand, “Are willing to live in a tent in the most extreme conditions, and pay thousand and thousands of dollars for the opportunity to do so,” he added.

Back at Rancho Grande, Barnwell’s patience eventually paid off.

“We’re up on the hill where we were in the morning, so you know kind where we were,” he said. “We waited at least 20 minutes for a clean shot.”

With a few days of hunting still left, he said Sonora had already exceeded his expectations, and he was happy to tell his friends back home about it.

“I’ve already texted them, and I told to to start saving their money so they can come down,” he said with a laugh.