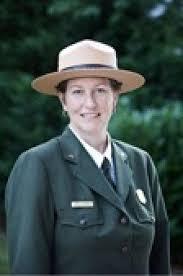 National Park Service
Christine Lehnertz is the first woman to take on the role of Grand Canyon National Park superintendent.

Grand Canyon National Park will soon have a superintendent again as federal investigators have completed their investigation and have exonerated the woman who was appointed to that position then put on leave.

Federal investigators determined allegations against Chris Lehnertz were "wholly unfounded." Neither the National Park Service nor the Office of Inspector General would say what the allegations were and the report has not yet been released.

Lehnertz started at Grand Canyon in August 2016 after a sexual harassment scandal that led to the retirement of the park's former chief. The park service then put Lehnertz on leave in October.

The deputy director wrote in an email to park employees, "(Lehnertz) commitment to building a respectful and inclusive workplace is sincere, broadly demonstrated, and widely respected. Together, you all have worked tirelessly to change the culture at Grand Canyon National Park."