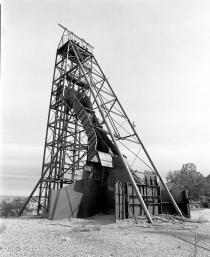 For two decades the buckets of uranium ore, along with samples of many other minerals found at Grand Canyon, have been stored in the park's museum collections building, where visitors can take a tour by appointment.

Uranium was mined from the park after the Cold War. Grand Canyon's former science director Martha Hahn said it's everywhere. When she lived at the park she had to move because inspectors found it in her house.

"To say that it was sitting out there and children and employees and everyone is in danger and nobody knew about it seems a little far fetched to me because there were plenty of safety inspections done in the past," Hahn said.

The park has spent millions of dollars cleaning up the Orphan Mine. The topsoil has been removed, and the milling site has been fenced off.

As for the buckets of ore, Grand Canyon senior advisor Jan Balsom said the park is coordinating an independent inspection with the Occupational Safety and Health Administration, the Arizona Department of Health Services and other agencies.

"I don't want to sound cavalier about it at all because we're really concerned about risks of uranium in the environment and in our water supplies across the board, which is why we're hoping for a permanent withdrawal from mining in the area," Balsam said. "The couple buckets of samples of unprocessed rock aren't the same sort of threat in my mind. They're different. And we're addressing it again. This'll be the third or fourth team that's come in in the last six months."

One thing they plan to find out in the inspection is where the buckets of ore were dumped last summer. The report says "the site of its origin," which could mean the Orphan Mine. That's not an easy trek with three buckets of rock.