Snow in the desert is a rare sight, luring Arizona residents and visitors outside Thursday.

“I thought it would be pretty unique to see snow in the desert,” said Loren Kesti, a student from Minnesota, in Tonto National Forest.

Kesti was joined by his 24-year-old nephew, Levi, and his 2-year-old son, Lucas. Levi is visiting from Minnesota.

“It’s weird to see saguaros with snow on them. Well, I definitely didn’t expect to come down here and see snow," Kesti said. "When I planned my trip, I was expecting 70s. What is it, 34, the car thermostat said?”

As a result of the storm and that snow, many of the forest’s trails and roads were closed Thursday and are expected to remain that way Friday.

A massive winter storm is shutting down roads, schools and government services across the state.

Snow, ice and accidents have forced closures along Interstate 40 across northern Arizona from Kingman to the New Mexico state line.

Up to 2 feet of snow is predicted to fall on Prescott before the storm passes through Friday afternoon, according to the National Weather Service.

Northbound I- 17 was closed 12 miles north of Camp Verde, due to unsafe driving conditions, according to the Arizona Department of Transportation.

Across the state, the Tonto National Forest announced closures of multiple forest roads and hiking trails and the district office in Globe on Friday.

Tow truck companies in Flagstaff were busy Thursday as snow dumped more than 2 feet in less than 24 hours.

Clarence Collins of Tow Rite in Flagstaff says the snow is deeper than usual and as a result, he’s been getting many calls for service.

Although it might be tempting to head out, Collins says getting tow trucks up steep hills and in secluded parts of the area is very difficult.

Heavy snow and a little hail too pic.twitter.com/nUzMGpGl9K

A snow storm is blanketing the desert and high country, and crews from the Arizona Department of Transportation (ADOT) are working around the clock to clear highways. Ahead of the storm, ADOT sent 30 employees from the Phoenix area to Flagstaff to help deal with the storm.

“We do have 200 snow plows that ADOT uses for state highway clearing across Arizona and that includes 60 snowplows for the district that includes Flagstaff and Payson," said Doug Nintzel, a spokesman for ADOT.

ADOT has trained 400 operators to keep the plows moving. The National Weather Service is reporting two feet of snow fell as of noon Thursday in Flagstaff. But, with a large amount of snow falling quickly, ADOT’s resources are stretched thin, and it has closed some highways. 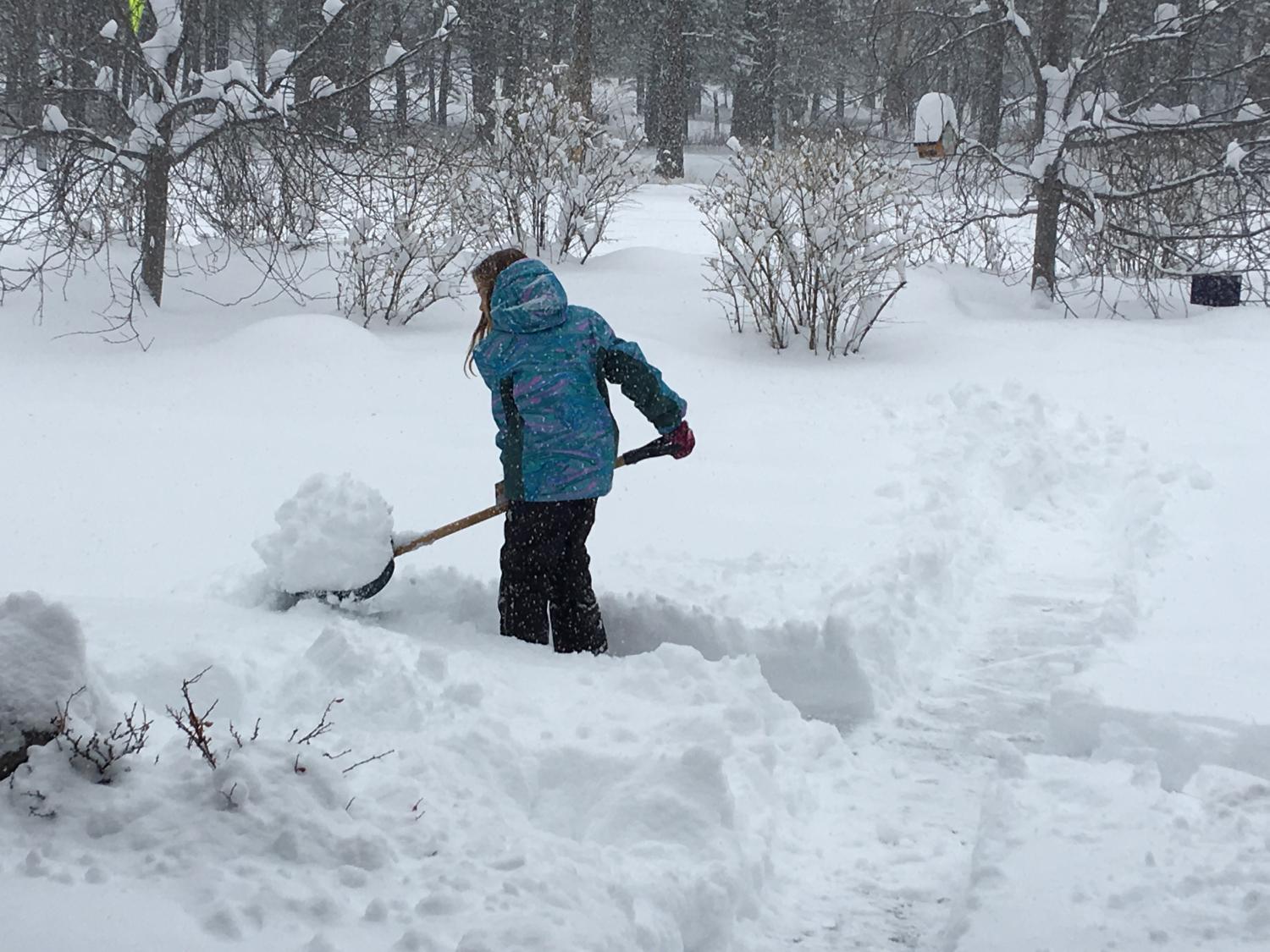 Across northern Arizona, school, transportation and Navajo Nation officials have all told people to stay home, if they can. As much as 2 feet of snow is expected over parts of the north country.

Flagstaff Pulliam Airport has closed because there's no visibility. And state transportation officials have warned against driving in the region.

They said people who must travel should avoid Interstate 40 and take Interstate 10 instead to stay clear closures and delays. They also said to be prepared to spend extra time in your car.

Navajo President Jonathan Nez has made emergency funding available for firewood, food and other resources communities might need.

The National Weather Service said Thursday morning snow is falling at a rate of four inches an hour. 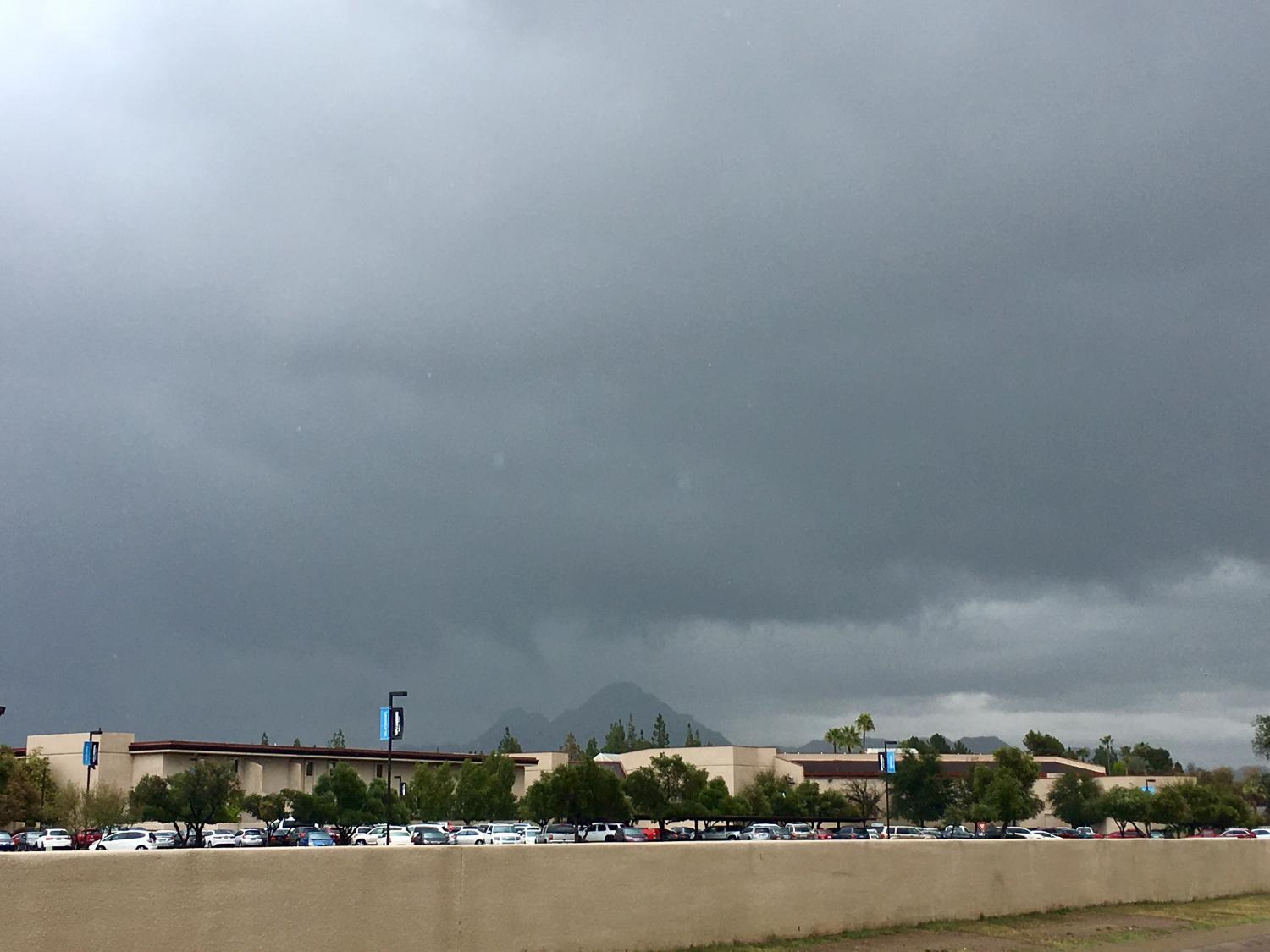 Officials are asking folks to stay put inside homes and stay off the roads for the near future.

In fact, roads all over the state are closed. Both directions on Interstate 40 and the U.S. 93 in Kingman are clogged with snow, ice and multiple disabled vehicles.

ADOT said there’s no estimated time to reopen either highway. All 200 snowplows available to the state have been deployed and Yavapai County and spokesperson David Mcatee said workers will focus on plowing secondary roads as soon as the highways and main thoroughfares are plowed and salted.

“They’re all gonna be out there, they’re working 12-hour shifts, gonna be working hard, obviously taking breaks when they can,” he said.

But roads can’t be salted until it stops snowing, so Mcatee warned about winter hazards that may be new to some of us.

“Watch out for black ice, which is a thin layer of frozen water that is covering the road’s surface," he said. "It is very difficult to see and any speed that is excessive for road conditions could cause loss of vehicle control quickly.”

In the Phoenix area, there's no need to worry, but there could be some snow not that far north of Phoenix. 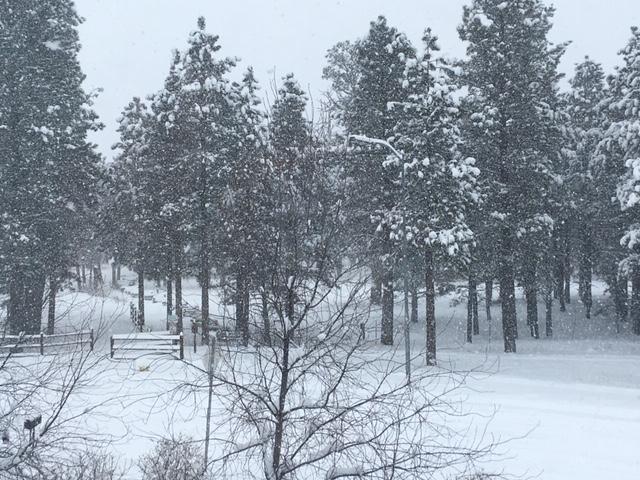 Much of northern Arizona is under a winter storm warning Thursday and Friday this week.

In Flagstaff, school administrators from kindergarten to college have called off classes.

The Flagstaff Unified School District will decide whether to cancel classes on a day-by-day basis.

"As you know the storms can move and so, we just wanted to make sure if there's an opportunity for kids to learn, then we're going to make that opportunity happen," said Zachary Fountain with the district.

The National Weather Service said the storm began dumping snow late Wednesday night and will leave at least a foot of snow in the lower elevations near Sedona and more than two feet of snow in the Flagstaff to Heber-Overgaard areas before it moves out late Friday afternoon.