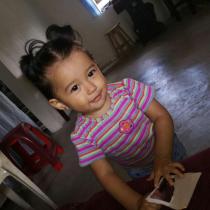 Arnold and Porter law firm
Mariee Juarez died after she and her mother were released from the Dilley, Texas, facility. 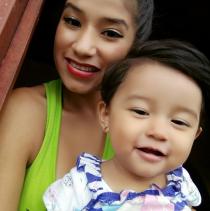 The city of Eloy entered into an agreement with Immigration and Customs Enforcement in 2014.

Facing a rush of migrant families, ICE opened a massive facility in Dilley, Texas. To speed up that process, ICE used an existing agreement between Eloy and private prison company CoreCivic which operates the Eloy Detention Center. The city in turn received more than $430,000 a year. ICE’s own lawyers have been skeptical of the agreement.

Then last year, Mariee Juarez died just after she and her mother were released. She was 21 months old and died partially from a collapsed lung, after, the suit says, receiving inadequate care in custody.

Phoenix attorney David Rosenbaum represents the family. He argues Eloy contractually promised it would be responsible for the facility and that if it had, "Then the harm to Yazmin and the death of Mariee never would have occurred."

The lawsuit does not specify an amount. But the family is also suing ICE for $60 million. Eloy ended its agreement with ICE in September shortly after Yazmín Juarez filed a claim against both the city and ICE.