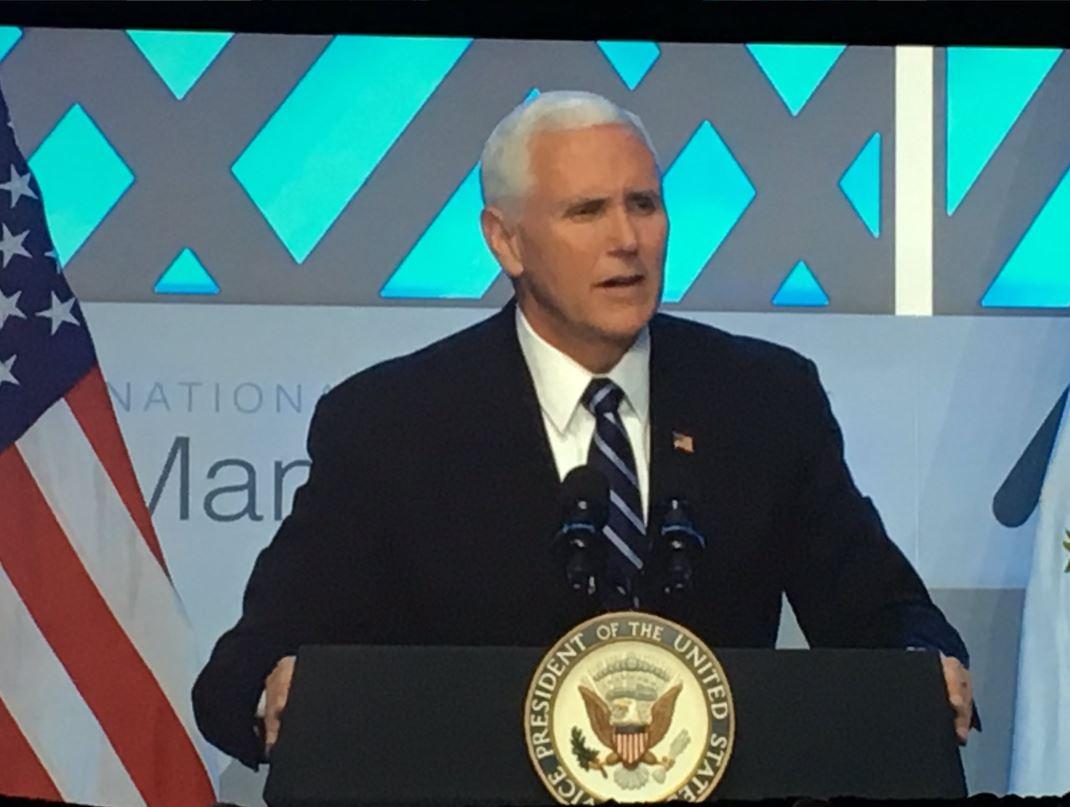 Vice President Mike Pence spoke Tuesday at a board of directors meeting for a manufacturers group in the Phoenix area, where he urged the crowd to support President Donald Trump’s trade and border policies.

Pence spoke to a crowd of about 100 people with the National Association for Manufacturers.

His speech coincided with a survey released by the group. The survey said while manufacturers are optimistic, there are two large concerns: labor shortage and infrastructure deterioration.

“The skilled trades are in particular, I’m told, are increasingly hard to come by," Pence said. "Electricians, welders, machinists are in high demand. And too few Americans pursue these valuable paths.”

But the majority of his speech focused on President Trump’s trade deals being tough on China, the newly proposed free trade agreement in North America and denouncing socialism.

Pence called on the business leaders to help push the United States-Mexico-Canada Agreement (USMCA) on trade through Congress.

“But now, now that the agreement has been signed and it’s going to be considered in the Congress, let me take this opportunity to encourage your renewed energy and support," Pence said. "Gov. Ducey and I were just speaking about this a few moments ago.”

Pence also touted tax and regulation reform to help support manufacturers, as well as trying to build a wall at the Mexico border. He did not address infrastructure development, which the association said is a major concern.