Will The Weekend Bring Another Wave Of Migrant Family Drop-Offs At The Phoenix Greyhound Bus Station? 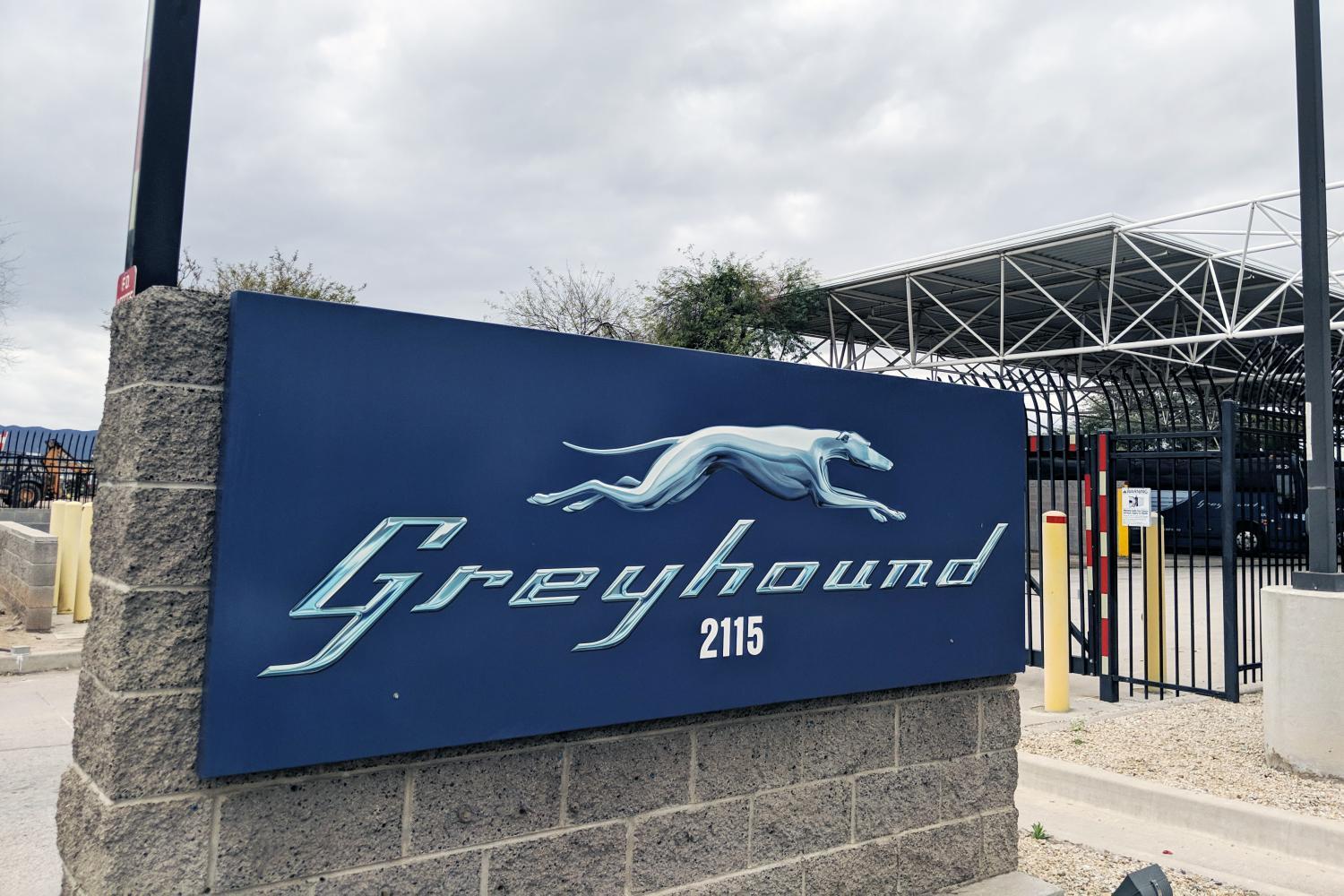 Physician assistant Elizabeth Lopez-Murray asked her new patient to open his mouth. She’s the only medical professional who volunteered on a Sunday evening at a pop-up health clinic in a church that answered an emergency call to take in hundreds of migrants released by U.S. Immigration and Customs Enforcement.

The 12-year-old boy has a painful sore in his mouth. As Lopez-Murray looks for signs of what’s bothering him, other migrants seeking healthcare wait quietly in the next room. Lopez-Murray has been donating time to newly released families in metro-Phoenix for the last five months.

Lopez-Murray, her fellow volunteers, church groups and activists face the prospect of scrambling to help migrant families in need of food and shelter this weekend, should federal authorities again drop them off at the Greyhound bus station.

The leader of what’s known as the biggest network of churches helping newly released migrant families says her team is exhausted and cash-strapped. Another religious leader accuses ICE of not working in good faith with so-called hospitality providers.

The ICE office in Phoenix says it wants to ease the strain on the groups helping migrant families. But metro Phoenix has become an outlet for pressure on the system caused by a surge of migrant families crossing the U.S.-Mexico border. A leader at Lutheran Social Services, of the Southwest — which was tapped to help coordinate efforts of church groups and activists, grow the network they’ve started, and build a master calendar for sharing the workload — says the volume of migrants in need is beyond what volunteers can manage alone.

“Every time we step up to meet capacity, ICE takes the next step to put more strain on the system.”
— Rev. Dr. William Lyons

“We have seen the numbers of vulnerable populations — children and families — skyrocket,” Kirstjen Nielsen, secretary of the U.S. Department of Homeland Security, testified before Congress Wednesday. Nielsen warned the problem could get worse during the spring, when temperatures for crossing the desert are ideal.

One of the local leaders Nielsen’s agency asked to help with family releases is Pastor Magdalena Schwartz. Since October, Schwartz has built a network of predominantly Latino, evangelical churches to take in migrants and see them off to live with relatives, while their immigration case goes forward.

“The pastors, they are tired. It’s overwhelming because it’s about five months. It’s a lot of people every single day,” she said.

Schwartz says her network of churches pay out-of-pocket to help migrant families they take in, outside donations have fallen and the number of families ICE drops off has grown.

“Every time we step up to meet capacity, ICE takes the next step to put more strain on the system,” he said.

Lyons said ICE wanted a single point of contact to coordinate the schedule for family releases, but then didn’t follow it.

At a January meeting, Lyons said ICE told stakeholders the agency wanted them to take in as many as 4,000 people a month. The response was no-can-do, at least until they could expand the network of churches and activists.

“No one has that kind of resources,” Lyons said.

“From Dec. 21, 2018 through March 5, 2019, ICE’s Enforcement and Removal Operations (ERO) in Arizona have processed approximately 14,500 family unit members for release and will continue to coordinate with external organizations who continue to provide assistance with basic needs of temporary shelter, food, water, clothing and transportation services to families released in Arizona. The dynamics of operational realities are ever-changing and the agency makes adjustments as required to best serve the mission. ICE wants to mitigate strains placed on resources in the local community as we continue to see high volumes of families crossing the border.”

The number and dates given by Pitts O'Keefe translate to an average of about 200 migrants per day having been processed for release in Arizona.

Also in December, Lutheran Social Services of the Southwest was asked to help coordinate efforts by churches and activists, grow the network of volunteers and facilities, and build a master calendar for sharing the work. Despite the groups’ massive effort and countless donations, the volume of migrant families released by ICE has reached the point where the federal government should help fund a program to deal with the issue, said Connie Phillips, president and CEO of the nonprofit.

“That’s how our government provides services to vulnerable people. [It's] that we come alongside — nonprofits, faith communities and government work together,” she said.

Back in the makeshift health clinic, the 12-year-old migrant boy tells physician assistant Elizabeth Lopez-Murray his mouth hurts. She diagnoses his sore as a virus that may have been caused by stress or a recent illness. Then she gets him medicine.

Lopez-Murray has recruited healthcare professionals as volunteers. But she says even more are needed to keep up with an increased number of people dropped off by ICE. 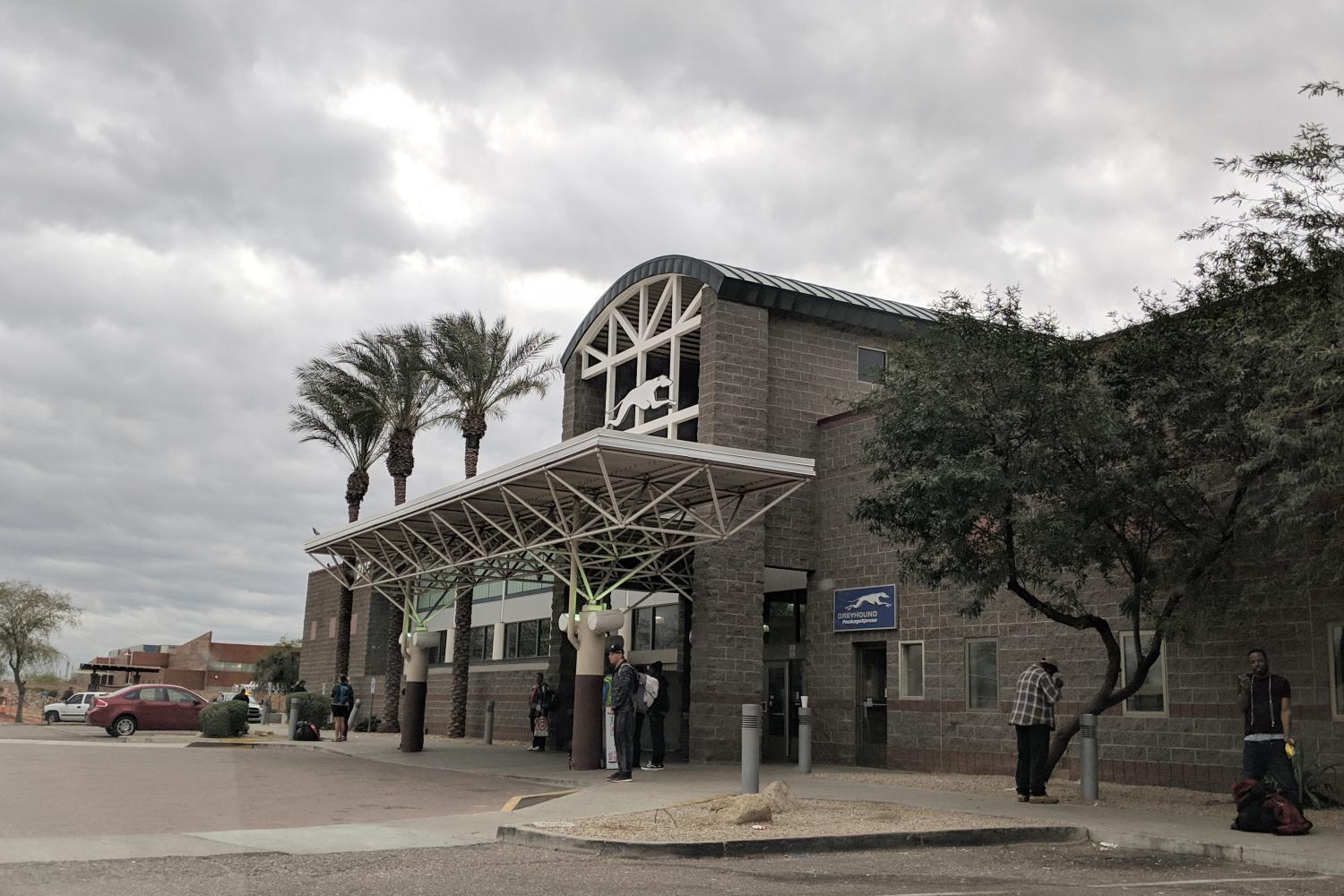