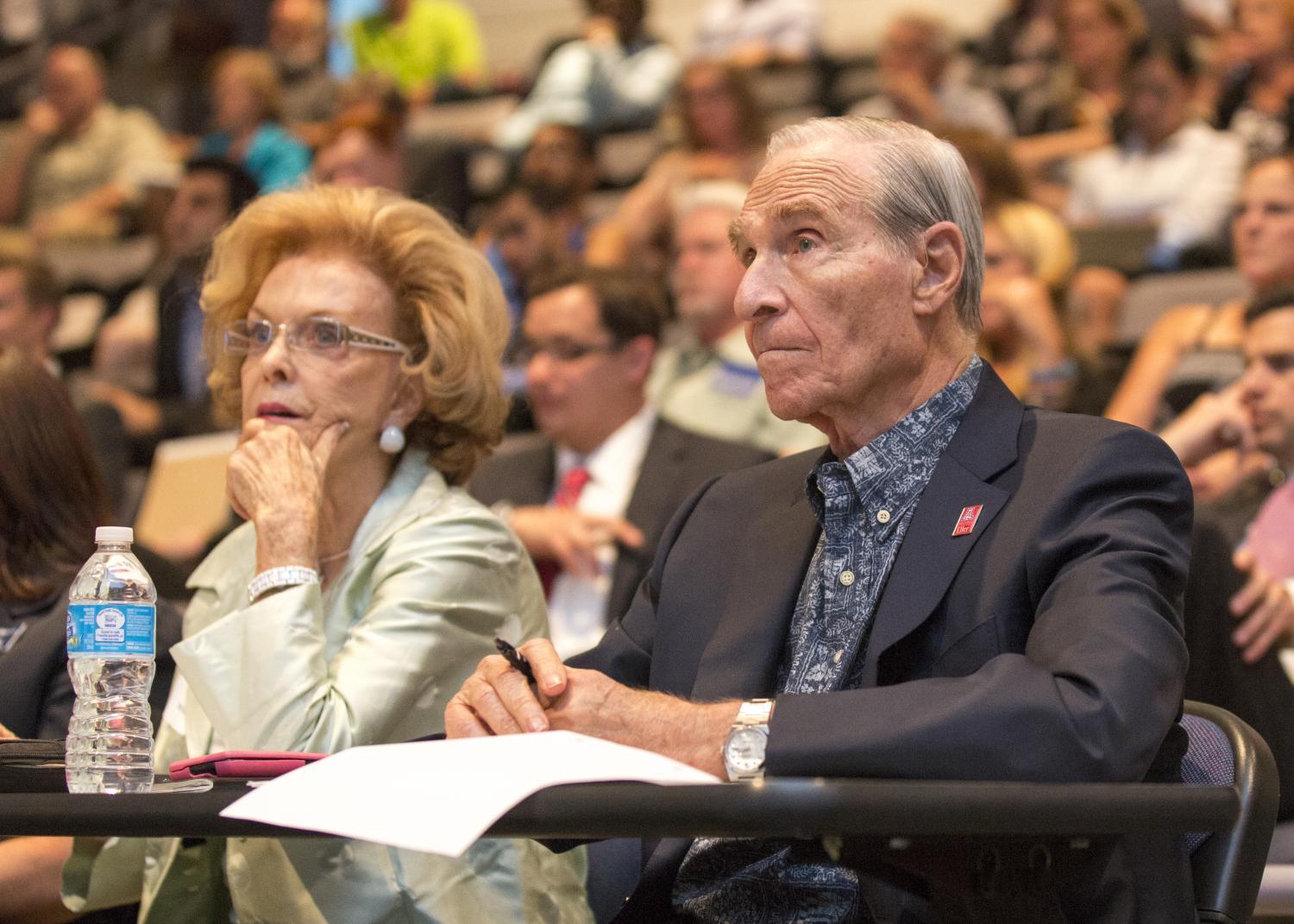 University of Arizona
Karl Eller and his wife, Stevie.

Karl Eller, well-known Arizona businessman and the namesake of the University of Arizona's business school, died at his Phoenix home on Saturday. He was 90.

"Karl Eller was a true pillar of this community and an inspiration to the many people whose lives were positively impacted by his generosity, dedication and Wildcat spirit," said UA President Robert C. Robbins in a press release Monday. "The University of Arizona is incredibly fortunate to carry on his legacy through our students in the Eller College of Management and programs throughout our campus for many generations to come."

Eller got his start in media and advertising when we purchased a Phoenix billboard company in the 1960s.